A PRISONER of the communist regime, Ján Čarnogurský was literally whisked from jail to a political podium following the 1989 revolution. He served as prime minister from 1991-92, during which time he helped prepare the ground for Slovak independence, as well as justice minister from 1998 to 2002. Although never a favourite with voters, he was respected during the 1990s for his uncompromising views and his steady opposition to the authoritarian Vladimír Mečiar.
Čarnogurský retired this fall from the Christian Democratic Movement (KDH), which he founded in 1990, to return to his law practice. The Slovak Spectator visited him on December 17. 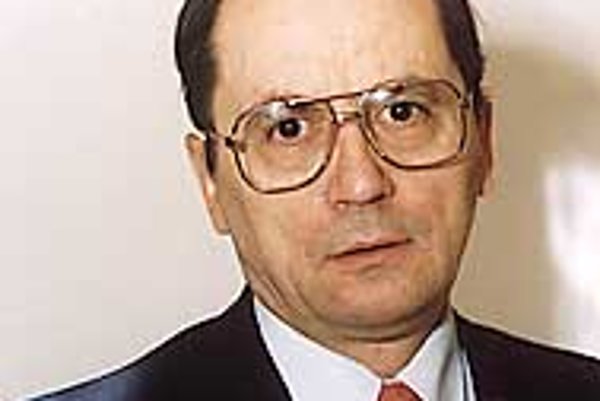 Font size:A-|A+  Comments disabled
A PRISONER of the communist regime, Ján Čarnogurský was literally whisked from jail to a political podium following the 1989 revolution. He served as prime minister from 1991-92, during which time he helped prepare the ground for Slovak independence, as well as justice minister from 1998 to 2002. Although never a favourite with voters, he was respected during the 1990s for his uncompromising views and his steady opposition to the authoritarian Vladimír Mečiar.

Čarnogurský retired this fall from the Christian Democratic Movement (KDH), which he founded in 1990, to return to his law practice. The Slovak Spectator visited him on December 17.

The Slovak Spectator (TSS): As one of the main proponents of independence in 1992, are you satisfied with what Slovakia has achieved in the last decade?

Ján Čarnogurský (JČ): In real life there is always a difference between theory and reality, but I'm happy with the reality.

TSS: Have any aspects of the reality surprised you?

JČ: A nation and a society that lived for 40 years under communism, and then suddenly in the space of several weeks found itself living in a democracy, had no defenses against various forms of demagoguery. We thus can't be surprised that in the first years following 1989, parties with populist programmes were successful.

One of the roles of politicians, and I include myself here, was not to allow demagoguery to lead to violence within the state, or social unrest and so on, but to gain time to allow rational proposals to move forward.

TSS: While you may have prevented civil strife, no one managed to prevent the massive and organised theft of public assets, or the mismanagement and corruption that followed. Have you been surprised by the extent and persistence of corruption?

JČ: Corruption is a serious problem, and we do what we can to fight it. On the other hand, Slovaks have a tendency to see corruption behind everything. I also think that the international community is guilty of oversimplification when pointing to corruption in Slovakia. Many of these countries themselves have a big problem with corruption. In the US we saw the fall of billion-dollar firms such as Enron and WorldCom, costing thousands of people their jobs and pensions, and we discovered afterwards that these firms had manipulated their books, and that the state supervisor didn't find out about it until the firms were bankrupt. Almost every European country has corruption scandals around top politicians. So I take foreign warnings about corruption in Slovakia with a pinch of salt.

TSS: To what do you ascribe this double standard?

JČ: Simply to insufficient knowledge of conditions in Slovakia, perhaps also to what used to be known as kulturtragerstum ('cultural imperialism') on the part of the former Germany, this time in an Anglo-Saxon version.

TSS: What knowledge of Slovak conditions are foreigners lacking that would allow them to see corruption in the right light?

JČ: (pause) I think their attitude to Slovakia is generally correct. Maybe they could be better acquainted with, or speak more about, the advantages of Slovakia. A US diplomat from the embassy in Slovakia once told me that during his four years here the country had impressed him as one that had preserved its soul. Many foreigners who spend some time here praise the directness of Slovaks. This direct approach, in the health system, may take the form of gifts, whether chocolates, coffee or lesser sums of money. In the context of everyday social relations in Slovakia there's no great difference between this and tips given to waiters. Of course, when someone demands a bribe, especially a state employee, that's corruption, and we have to take stern action against it.

TSS: To what extent did the failure to hold a referendum on independence before Czechoslovakia split mark Slovak politics and voters' attitude to politicians in the decade that followed?

JČ: (pause) In 1992 there was not sufficient will within society to force the holding of a referendum, or to prevent the division of Czechoslovakia in the absence of a referendum.

TSS: It's rather unfair to put the blame on society, when Mečiar was still promising until November 1992 to hold a plebiscite.

In Czechoslovakia, even though a majority were in favour of saving the federation in 1991 and 1992, it became more and more difficult to put together a state budget. In the Czech Republic, ever-greater internal political problems were created by financial transfers for health care and pensions to Slovakia. Even if a referendum had called for Czechoslovakia to be preserved, this would probably have become null and void during the creation of the next state budget [in 1993].

TSS: Slovak independence was never just a by-product of Czechoslovak budget troubles, but was also pushed forward by some rather dubious negotiating tactics from Vladimír Mečiar, whom Czech PM Petr Pithart once accused of outright lying about his mandate to negotiate with the Czechs. As a promoter of independence yourself, do you think the end justified the means in this case?

JČ: Mečiar's methods were an episode in the emergence of independent Slovakia. But I absolutely don't defend them, and as head of the KDH I was Mečiar's main opponent.

TSS: That's a pretty tame answer from someone considered Mečiar's mortal enemy during the 1990s. There have been many other such political paradoxes in the last 10 years - you, who as a political prisoner perhaps suffered the most at Russian hands during communism, coming out later as a Russophile; President Rudolf Schuster, a former communist, declaring that he was always deeply religious; your own son formerly having a law office in the headquarters of the corporate raiders Penta Group, who got their big business breaks from the Mečiar government. How much of Slovak politics has been just a game, with party affiliations meaning nothing beyond a public image?

JČ: As an illustration, I would point out that many people regarded the fall of communism as a game. Even in the West, magazines ran articles saying it had been a deal between the communists and the political opposition, or between the US and Gorbachev, and so on. Many people could think something similar of internal political developments in Slovakia.

But the problem lies somewhere else. Major social trends, or 'megatrends', at that time showed that former Czechoslovakia could not be preserved in the form it was in. The search for new forms, which in the end led to the Slovak and Czech Republics, was of course accompanied by many curious details, such as those you have mentioned. But the megatrend is what is important, and standing against it would have meant losing.

TSS: What do Slovaks have to celebrate after 10 years of independence?

JČ: Ten years of an independent state that was created by peaceful means. A new state that, despite a very tough internal political struggle including the kidnapping of the president's son, has always solved its domestic problems through constitutional means. The fact that, as far as the international community is concerned, no geopolitical black hole opened up in place of the former Czechoslovakia, but that in its stead, the Czech and Slovak Republics created a firm structure. Incidentally, the former Czechoslovakia repeatedly showed its weakness in crisis situations, such as 1938, 1947-8, 1968.

TSS: That's the view of a politician who's been at the centre of things for the last decade. However, people on the fringes of society - pensioners, the unemployed, the uneducated - have a vastly different view, in which celebration plays no part.

JČ: The creation of the new Slovak state had no impact on these problems. Even during Czechoslovakia, unemployment in the Slovak lands was several times higher than in the Czech lands. The standard of living was always lower here. International attention also focused on the Czech Republic, especially Prague. The creation of independent Slovakia did not aggravate these problems.

TSS: At what point does the difference between views of Slovakia - that from Bratislava, and that from more desperate places - become socially dangerous?

JČ: You're right to point out the social danger. It's a great challenge for Slovakia not to allow social dissatisfaction and alienation to deepen or to develop into a nihilstic attitude towards our own state.

TSS: In September 2002 elections Slovak voters rejected political experiments such as Robert Fico's Smer party and Ivan Gašparovič's HZD. Are you sure they will do the same in four years' time if the standard of living doesn't substantially improve?

JČ: (pause) I hope so. Slovakia is too small a nation to create a regime and a social order that is radically different from those in surrounding countries.

TSS: What are the greatest truths to have emerged from the last 10 years?

JČ: (pause) That above all we have to rely on each other; that communism was an artificial system, and any nostalgia for individual aspects of the system is pointless; that we cannot be alone and isolated in the world, but that we have to unite and cooperate with neighboring countries as well as other nations; and that despite all the difficulties we have what it takes to build an independent state.