NEW NATO and European Union (EU) invitee Slovakia has learned its lessons of democracy the hard way, observers agreed as the young post-communist state celebrated its 10th anniversary at the beginning of this year.
The celebrations of the anniversary, which always coincides with New Year revelry, were no bigger this year than any other since independence, with the usual number of people gathering in the main squares of towns and villages across the country to watch firework displays.
As the clean up began in the cold light of day, analysts and public figures took the opportunity to reflect on the past decade and take stock of the country's progress. 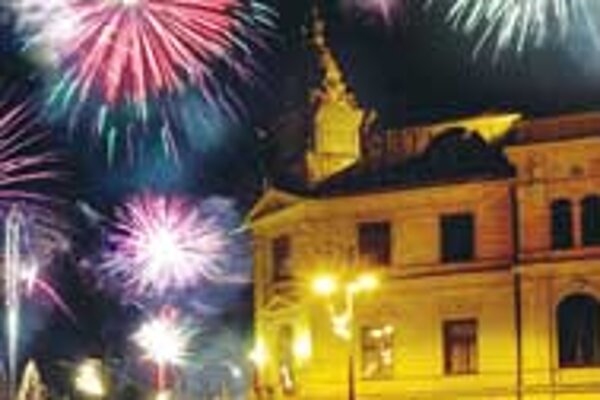 Font size:A-|A+0
NEW NATO and European Union (EU) invitee Slovakia has learned its lessons of democracy the hard way, observers agreed as the young post-communist state celebrated its 10th anniversary at the beginning of this year.

The celebrations of the anniversary, which always coincides with New Year revelry, were no bigger this year than any other since independence, with the usual number of people gathering in the main squares of towns and villages across the country to watch firework displays.

As the clean up began in the cold light of day, analysts and public figures took the opportunity to reflect on the past decade and take stock of the country's progress.

The first decade of independence has been marked by the country's fight to establish a democratic society, which wavered greatly in the initial years under Slovakia's first leader, Vladimír Mečiar, who led the country between 1993 and 1998 with his Movement for a Democratic Slovakia (HZDS).

The former prime minister's autocratic rule has been widely blamed for driving Slovakia into international isolation. With the arrival of the first Mikuláš Dzurinda cabinet in 1998, Slovakia gradually began to regain the trust and respect of its western partners, and the cabinet's efforts were rewarded recently with the country's invitations to join both NATO and the EU.

Describing Slovakia's journey as a "path from failure towards success", Grigorij Mesežnikov, head of the Institute for Public Affairs, noted that under Mečiar's administrations, Slovakia went through a "principally different development from that [seen] in neighbouring transforming states".

Observers came to refer to the 1993-1998 period as "Mečiar's crony capitalism", as it was characterised by government interference in political and economic interests. This was reflected in several questionable sales of state firms to friendly or politically related groups for symbolic sums of money.

Numerous shortcomings in the rule of law and even breaches of human rights also cast a shadow over the Mečiar-led period.

Because of amnesties issued in 1998 by Mečiar, then acting president, the public has never seen justice delivered to those responsible for the 1995 kidnapping of the former president's son, Michal Kováč, junior. The state Secret Service (SIS) controlled by HZDS-nominated chief Ivan Lexa is suspected of plotting the kidnapping.

Lexa is currently under investigation for ordering the 1996 murder of Róbert Remiáš, a go-between for a key witness in the kidnap case.

In 1997, the administration was accused of thwarting a referendum on the country's NATO entry, and a few months later Slovakia was the only V4 state not invited to join NATO in the organisation's historic first enlargement after the end of the Cold War.

"The [Mečiar administration's] foreign and domestic policies resulted in the rejection of Slovakia as a member of Nato, and they pushed the idea of future EU membership into the realm of science-fiction," said Katarína Závacká, an expert with the Slovak Academy of Science's State and Law Institute.

Throughout the country's first decade, Slovakia's political world has been divided into two camps - pro- and anti-Mečiar - with Mečiar opponents growing more united and vocal ahead of national elections in 1998. Hopes for a pro-democratic and pro-reform government were raised with the arrival of the first Mikuláš Dzurinda cabinet following that national vote.

The new administration, however, was hindered by a number of social and economic problems resulting from the need for reform in virtually all spheres of public life. In addition to that, the wide-spectrum cabinet, composed of eight political parties, had to fight its own internal political inconsistencies, which caused frequent conflicts inside the ruling bloc.

Compromises and ongoing disputes produced numerous half-baked reforms and stopped others, slowing down or completely blocking economic growth in the state. The resulting rocketing unemployment rate, reaching 20 per cent at times, increasingly divided the left and right wings inside the ruling coalition.

Although the first Dzurinda administration has been praised for starting the fight against corruption, the cabinet itself suffered serious blows as a result of this phenomenon, with four ministers having to leave their posts under suspicion of corrupt behaviour.

While domestic issues were often a cause for coalition conflicts, in the sphere of foreign policy Dzurinda's administration was united, and consistently worked to return the country to the road leading to EU and NATO integration.

It made great strides in that direction, but because of various domestic problems ahead of the September 2002 national elections, few people believed Dzurinda would keep his job after the vote.

Western diplomats, in the meantime, warned Slovaks against voting the autocratic Mečiar back to power, stating openly that it would put an end to Slovakia's integration ambitions.

"Nervousness in election year 2002 was justified. Acceptance into NATO was in play as well as accession to the EU," Závacká said.

The PM himself reportedly had his bags packed in the Cabinet Office when the unexpected outcome of the general election allowed for the creation of a new Dzurinda-led coalition composed of four centre-right parties.

Invitations to join NATO and the EU came soon after the elections, on November 21 and December 13 respectively. Slovakia is expected to become a full member of both organisations in spring 2004.

Apart from more reforms, the current ruling coalition is now promoting what Speaker of Parliament Pavel Hrušovský has dubbed a "new political culture", where political differences among parties can be overcome for the greater good of the country and its citizens.

"The battle for Slovakia's character continues," said Hrušovský, at a special parliamentary session January 1 on the occasion of the country's 10th anniversary.