Lesy gets retooled under ministry plan 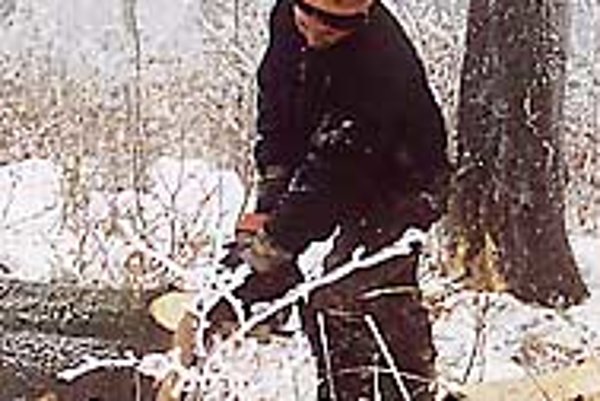 Ministry officials say the changes should bring more effective management and improved economic performance to Lesy, as it is weaned from government subsidies. Until now, Lesy management has resisted calls for change.

"State control [over Lesy] was only partial and aimed at determining only the most marked problems. I would like experts to look into every area to see if [the problems] are about accounting, procurement, and so on," said Simon.

Restructuring Lesy was included in the government programme announced after the ruling coalition assumed office following elections last September. Simon also pledged to address complaints by wood processors that Lesy had unfairly arranged contracts that were detrimental to domestic businesses.

"I think that one of the biggest [problems] has been that Lesy was directed as a public institution and as such it did not need to keep laws on public procurement. It sold and was able to buy for however much [it wanted]," said Simon.

"I will not hesitate to bring criminal charges where they are warranted," he added.

According to officials from the Association of Wood Processors (ZSD), the state forest company has traditionally sold wood at different prices and under different conditions to domestic and foreign buyers, often offering advantageous prices and payment periods to buyers abroad.

"Slovak firms have to pay 7 per cent more for their wood than foreign buyers do. The difference is around Sk300 million (7.2 million euro) per year," said ZSD president Peter Lispuch.

In addition, said Lispuch, a lack of oversight at Lesy has allowed gaping loopholes for corruption and secretive deals in Slovakia's forestry sector.

"Up until now the state company has been absolutely uncontrollable, even less so than under communism when the director had to answer at least to the party secretary," he said.

The result of this, said Lispuch, is that Slovak saw mills and processing facilities have been running far below capacity, while too much Slovak wood is sold and processed abroad.

"The whole forestry-wood processing complex today makes up around 5 per cent of the country's GDP. If we had the chance to process all our wood at home and make meaningful investments into the wood-processing industry, this share could grow to 20 per cent," he said.

While processors have stopped short of calling for the privatisation of state forests (not to be confused with the restitution of land that was seized by the communist regime), they do point to positive results in privately managed forests in Slovakia. Between 1998 and 2000, private forests moved from an aggregate loss of Sk187 million (4.5 million euro) to aggregate profits of Sk183 million (4.4 million euro).

The difference, says ZSD, is management. While private forestry companies have reformed their management practices, Lesy has maintained cloudy and inefficient methods.

A key element in reviving Slovakia's forestry and wood-processing sectors is transforming the state forester into a state-owned stock company according to the model pioneered in neighbouring Austria in the 1990s.

By removing the state forests from the state budget, that country was able to increase efficiency, turning the loss-making enterprise into a profitable business within two years.

In Slovakia, the state will remain the sole owner of stock in the retooled firm, but the altered structure will mean clearer accounting and acquisition procedures, addressing what has been a key complaint of wood processors, say ZSD officials.

"Nobody knew what the contracts were, how they were signed, or what the prices were. The new controls mean more transparency, and the contracts will be publicly listed on the Internet," said ZSD vice-president Peter Magulák, adding that in some cases Lesy-owned saw mills were sold wood at lower prices than competing Slovak mills.

While former Lesy director Možucha denied charges of price discrimination and was an outspoken critic of plans to transform the company, new director Ján Novák has accepted the changes as necessary.

"This year will be very demanding for Slovak forestry as a whole. We will have extensive responsibilities in transforming the state company into a stock company," said Novák in his New Year's address to Lesy's nearly 12,000 employees.

"All of us well know that if our forests are to fulfil all their production and public-service goals, we have to solve financial issues in the forestry economy - the whole integrated economic-manufacturing system," said Novák.

While wood processors say relationships between forestry, industry, and state officials have been stormy in the past, they welcome the changes as a starting point for improved cooperation throughout the value chain.

"We support the measures the government is taking. We welcome the first steps towards establishing transparency in the market, and we look forward to sharing in the development of the forestry-wood processing complex in Slovakia," said Magulák.