BY a small majority, the Slovak parliament on February 7 voted in favour of the deployment of Slovak soldiers in the Persian Gulf in support of any allied action that might be taken against Iraqi president Saddam Hussein.
Shortly after the decision, Defence Minister Ivan Šimko announced that a unit of 75 men was preparing to leave Slovakia by the end of February.
"It is decided. The military unit has a full mandate to leave. No other decision of parliament or the government is required," said Prime Minister Mikuláš Dzurinda. 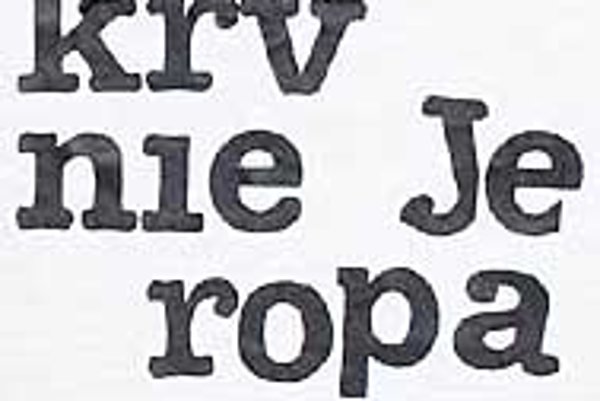 Font size:A-|A+
BY a small majority, the Slovak parliament on February 7 voted in favour of the deployment of Slovak soldiers in the Persian Gulf in support of any allied action that might be taken against Iraqi president Saddam Hussein.

Shortly after the decision, Defence Minister Ivan Šimko announced that a unit of 75 men was preparing to leave Slovakia by the end of February.

"It is decided. The military unit has a full mandate to leave. No other decision of parliament or the government is required," said Prime Minister Mikuláš Dzurinda.

According to the parliamentary resolution, the radiation, chemical, and biological defence unit will be used in rescue missions if weapons of mass destruction are used or their use is suspected. It may also be used in military action aimed at enforcing UN Security Council resolutions.

After a request for support from US ambassador to Slovakia Ronald Weiser, at the end of January the government agreed to open the country's air space to coalition forces led by the US and to allow allied aircraft to land on its territory in the event of war. On February 13, it also agreed to allow the transport of US military personnel and equipment over Slovak roads and railways.

Dzurinda said the country's support for action against Saddam Hussein was driven by a feeling that Slovakia should be seen to be on the right side.

"This decision was not only about Iraq. It was about the overall direction Slovakia should be taking and our chance to become a part of the secure world, where nations can develop freely," he said after the vote, adding that the decision was one of the toughest and most important ones the parliament had ever had to make.

But while parliament supports military involvement in the gulf, it seems that the Slovak people have yet to be convinced.

A recent poll carried out by the Polis Slovakia agency shows that 60 per cent of Slovaks oppose the deployment of Slovak soldiers in the Persian Gulf. A number of anti-war demonstrations have taken place across the capital, including outside parliament on the day of the deliberations.

Out of the 141 MPs present during the vote, 81 were in favour of the deployment of troops, 54 were opposed, and six abstained.

The proposal gained unanimous support among three out of four parties in the ruling coalition - the Slovak Democratic and Christian Union (SDKÚ), New Citizen's Alliance (ANO), and the Hungarian Coalition Party (SMK).

The fourth member of the coalition, the Christian Democratic Movement (KDH), did not vote with the remaining three parties: Only two out of 15 members of the KDH parliamentary caucus said yes to the use of force.

"I think this is a matter of conscience for each individual MP, not of political attitude," said speaker of parliament Pavol Hrušovský, who voted against the motion himself.

Since the coalition has a narrow majority in the legislative body, the votes of the opposition parties carried decisive weight.

The Communist Party of Slovakia (KSS) and the populist Smer party were united in their opposition to the motion, but 16 members of the HZDS ensured that the measure was passed. Out of 11 members of Vojtech Tkáč's breakaway group (see HZDS article, this page), nine were in favour of the resolution and two abstained from the vote.

The parliamentary decision comes only days after Dzurinda voiced his support for a pro-US initiative backed by a number of European countries. Eight European leaders, including British PM Tony Blair, Italian PM Silvio Berlusconi, former Czech president Václav Havel, and the brains behind the idea - Spanish PM José María Aznar - published an open letter in numerous newspapers around Europe expressing support for US president George W Bush and his calls to disarm Iraq.

The document was first released on January 30 and Dzurinda became its ninth signatory a day later, after he called Aznar and declared his support.

Representatives of the EU, of which Slovakia is slated to become a member in spring 2004, did not welcome Dzurinda's actions.

"We are somewhat disappointed - and you hear this in the European Parliament too - about the speed with which candidate countries have joined the US position, only to give the impression that they have [always] been fully behind President Bush. One of them even signed a letter after it was published. You know who he is," said Jan Marinus Wiersma, MEP and special envoy to the Slovak Republic in the EP, during a recent visit to Bratislava on February 6.

"Why [could Slovakia] not see that there is already enough division in Europe and that it [shouldn't] be adding to that division by signing this letter? I would have expected that the candidate countries would have had enough wisdom for that," said Wiersma.

However, Slovak officials claim that the time has come to take action.

"What are we waiting for? For Iraq to attack someone, for it to use chemical weapons against Israel? I don't agree with waiting when there are very serious indications that someone is preparing such military action," said Foreign Minister Eduard Kukan.

According to Wiersma, the EP recognizes the threats posed by Saddam Hussein's regime, but believes that weapons inspections should continue and any military action without the backing of the UN could eventually backfire.

"This is about fundamental issues, this is about security philosophy. How should the world by ruled - by force or through international institutions and through an international rule of law? You are a small country and I can tell you, if you leave world affairs to big military powers, small countries will always be the victim," said Wiersma.