EVERY YEAR, around Wolfgang Amadeus Mozart's birthday on January 27, lovers of his music from all around the world gather in the city of his birth, Salzburg, Austria. They attend concerts, lectures, and film screenings devoted to the genius during the Mozart Week festival organised by the local community of Mozart fans.
A few weeks later, after the world-renowned festival in Salzburg closes its gates, another Mozart Week festival opens, but this time in the capital of neighbouring Slovakia - Bratislava.
The idea to launch a similar event in the country, which Mozart visited when he was six, originated eight years ago, when 78-year-old Pavol Polák visited the Salzburg festival. The energetic musicologist, who has been a Mozart admirer since his childhood, founded the Bratislava Mozart Community, which is one of 79 around the world, and two years later, he organised the first Mozart Week festival in Bratislava. 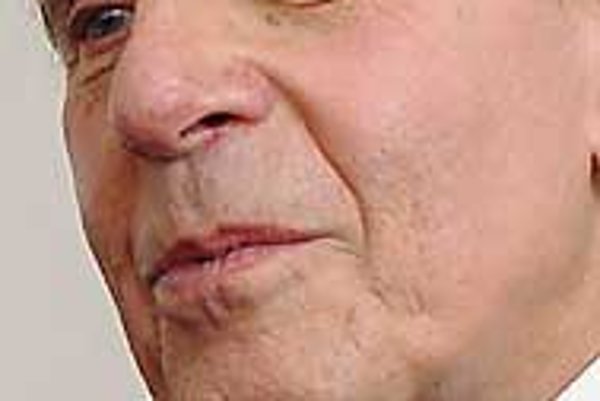 Font size:A-|A+0
EVERY YEAR, around Wolfgang Amadeus Mozart's birthday on January 27, lovers of his music from all around the world gather in the city of his birth, Salzburg, Austria. They attend concerts, lectures, and film screenings devoted to the genius during the Mozart Week festival organised by the local community of Mozart fans.

A few weeks later, after the world-renowned festival in Salzburg closes its gates, another Mozart Week festival opens, but this time in the capital of neighbouring Slovakia - Bratislava.

The idea to launch a similar event in the country, which Mozart visited when he was six, originated eight years ago, when 78-year-old Pavol Polák visited the Salzburg festival. The energetic musicologist, who has been a Mozart admirer since his childhood, founded the Bratislava Mozart Community, which is one of 79 around the world, and two years later, he organised the first Mozart Week festival in Bratislava.

This year, Bratislava will welcome acclaimed international musicians in the name of Mozart for the sixth time. However, the body and soul behind the whole project, Polák, fears for the festival's future. Even though his only assistant, Lele Zemanová, has just given birth to a baby boy, the musicologist has no successor to lead the project in the future.

During a recent interview with Polák, The Slovak Spectator focused more on the origins of the upcoming festival, than on its unclear future.

The Slovak Spectator (TSS): What's the relationship between Mozart and Bratislava?

Pavol Polák (PP): When Mozart was six years old he spent two weeks in Bratislava with his father Leopold Mozart. Even though no direct evidence of this visit exists, the date of the visit is documented in a letter his father wrote at that time.

The reason behind Mozart's visit to Bratislava - that time the capital of the Hungarian part of the Austro-Hungarian Empire that was not occupied by the Turks - is believed to be because there was an outbreak of diphtheria in Vienna. As a result, the nobility he was performing for cancelled his concerts. So he left to perform for Bratislava aristocrats, who had asked him to play in their city.

TSS: Was it this event that motivated you to launch the Mozart Community in Slovakia?

PP: Not exactly. When I was a little boy, my mother, who was a great pianist, often used to play duets with my father or her friend on one piano, because the gramophone was at that time a luxury. One day I heard some beautiful music. The sheet music on the piano was by Tchaikovsky, so I told my mum that I would like to hear that Tchaikovsky piece again. But when they played it again, it was something completely different from what I remembered.

It took half a year, during which time they played the music of a large number of composers, before I got to hear that music again. I rushed to my mother to tell her that this was the one I longed to hear. It was Mozart's Symphony in G Minor KV 550. That was the first moment I started to perceive music as a concrete art form.

Even though I now like many other composers, Mozart is the one that occupies most of my heart. So, I fell in love with Mozart a long, long time ago, before I learned about Mozart's visit to Bratislava.

During my visit to the Mozart Week festival in Salzburg [in 1994], I proposed to the Mozart Community over there the idea to launch something like that also in Bratislava. I told them the story of his stay in our capital. They liked the idea and half a year later we founded the Bratislava Mozart Community, which became a member of the Slovak Music Society and the international foundation Mozarteum in Salzburg.

TSS: How did the idea of organising a Bratislava Mozart Week festival come about?

PP: The aim of a Mozart Community is to present the music of Mozart to new generations. So in the beginning I gave lectures at various places on various topics, such as curious instruments invented during Mozart's period, religious practices of that period, and so on. I also tried to organise several concerts of Mozart's music.

Then, later on, I got the idea to incorporate these different things into a festival like the one in Salzburg. So I organised the Bratislava Mozart Week.

TSS: What's the intention of the festival?

PP: The aim of Mozart Week is to promote and preserve Mozart's works for a wide audience, so the listeners can enjoy a faithful representation of Mozart's music and times.

And because I want to present his genius to a wider audience than it had enjoyed in the past, I purposely focus on presenting the unknown Mozart. The reason behind this is that Bratislava, as well as the whole of Slovakia, has listened only to a few famous works by this composer, which have been played over and over again. So I try to present the other compositions, which despite being unknown here have the same artistic value as the famous ones.

TSS: This year is the sixth anniversary of the festival. What can we expect?

PP: Traditionally we present three orchestral concerts. For the first time in the festival's history, one of them, the festival's opening concert, will feature works by Mozart's contemporaries, performed by Musica Aeterna, a company that specialises in ancient music. The famous Czech symphony orchestra, Virtuosi di Praga, will perform the second concert. And as is the case almost every year, the third concert will be performed by the Žilina State Chamber Orchestra.

Other performers that will be featured are the Austrian pianist Gottlieb Wallisch and one of the leading European string quartets - Škampovo kvarteto [Škamp Quartet] from Prague. I had to wait four years until they found a gap in their busy schedules and could come to this festival. For the second time, the festival will also present Mozart's dances, which are completely unknown in this country, but which are a great body of work.

Every year, the festival introduces a novelty. Last year it was a film presentation, and the year before we did a workshop with one of the participating musicians. This year's novelty will be an organ recital and a selection from the opera Don Giovanni by leading Slovak singers.

Another highlight of the festival will be a lecture delivered by Mozart expert Walther Brauneis from Austria, and another interesting thing will be the premiere of a Slovak composition inspired by Mozart. By asking a Slovak composer to write such a work every year, we try to preserve the connection between Mozart and contemporary composers, because most of them do not know composers older than [Arnold] Schoenberg.

TSS: As you have mentioned, the beginning of the concert is a bit atypical. Musica Aeterna, the early-music group, will not perform Mozart's works but the music of Mozart's contemporaries, whose lives and works were also connected to Bratislava. In what way?

PP: Since Bratislava was the capital of the part of Hungary not occupied by Turks, naturally the aristocratic life was centred here. The capital had four orchestras, which was a unique phenomenon in the Austro-Hungarian Empire. Only Vienna had more - five.

Bratislava's nobility supported the musical life a lot, and that encouraged many good musicians to come here. Many musicians at that time were also composers. By the way, the first one to earn a living only from composing was Beethoven, who received something we would call today a grant. So, for example, Zimmermann was a violinist, Sperger was a double bass player.

Despite the fact that they were not born here, they did create a significant number of their compositions here, in the style of Mozart and the period in which he lived.

TSS: During every festival you try to introduce little-known works by Mozart to the Bratislava audience. How many more festivals will it take before you have showcased all of Mozart's works?

PP: Mozart wrote 626 compositions and new ones are still being discovered. I would have to live way past the age of 100 to exhaust his resources, because so far, only around 15 of his works have been performed here. But for the festival's programme I choose only the best ones, the most valuable opuses.

TSS: As a musicologist, who has been presenting the life and work of this genius for decades around the world, are there still things that surprise you about Mozart?

PP: That's a difficult question. I vastly admire the genius of Mozart. Obviously, I don't know all his 626 works, but they always surprise, because even though I might have heard the same work over and over, every new interpretation of a certain work brings out something nobody has come up with before. There are too many ways of approaching Mozart's work and some interpretations reveal things that take me aback.

TSS: In your eyes, who is Mozart?

PP: He is one of the greatest geniuses in history. There is a saying that Mozart was not a human being but God's gift.

I don't know any other composer who composed the way Mozart did. Most of his works he first composed in his head, then basically just transcribed a ready work from head to paper. During this process he did not change a note and his speed of his transcribing was faster than an experienced copier could muster. He managed to compose a large opera in three weeks, a symphony overnight. Moreover, while he was transcribing a complete composition from his head, another one was already being born.

Programme of the Bratislava Mozart Week

FILM: Screening of the Salzburg Opera
Performance of Don Giovanni from 1954
Starts: February 26 at 17:00
Film Club Museum
Courtyard of the Old Town Hall

LECTURE: Being a Guest of Mozart and With Him on the Road
By Walther Brauneis (Austria)
Starts: February 27 at 18:00
Mozart's Hall at the Austrian Embassy
Ventúrska 10