STATE-RUN Slovak Television (STV) has gone into crisis mode as new director Richard Rybníček implements heavy reforms and deep cuts to bail the company out of dire financial straits.
Putting monthly operational losses at STV at Sk20 million (475,000 euro), Rybníček has already halved wage payments to external workers, postponed and cancelled programme production, and opted out of some contracts.
Because it has unpaid bills from 2002 reaching Sk689 million (16.4 million euro), STV will have to cut Sk76 million (1.8 million euro) per month to break even by the end of this year, said Rybníček. 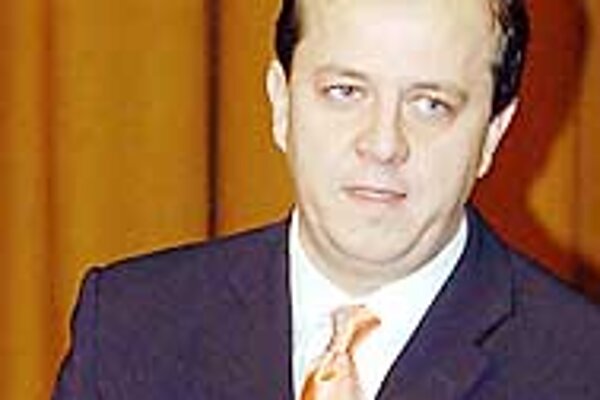 Putting monthly operational losses at STV at Sk20 million (475,000 euro), Rybníček has already halved wage payments to external workers, postponed and cancelled programme production, and opted out of some contracts.

Because it has unpaid bills from 2002 reaching Sk689 million (16.4 million euro), STV will have to cut Sk76 million (1.8 million euro) per month to break even by the end of this year, said Rybníček.

Rybníček and his three-member crisis-management team have already begun centralising the company's cashflow, promising close auditing of purchase decisions "ranging from large items worth millions down to the Sk150 (3.50 euro) purchase of a bolt," according to Rybníček.

"In the 22 days we have been at [STV], we have found some very significant activities that have brought this station to [the crisis it faces] today. For a long time it has been in debt and for a long time it financed things from resources it simply didn't have.

"Nobody was managing this institution, and that's why it's in the state it is," said Rybníček.

Before Rybníček's January 14 appointment, a parliamentary committee had called for a police investigation of STV contracts under the 1998 to 2002 management of Milan Materák.

Under his management, charge lawmakers, STV concluded questionable advertising deals, spent at least Sk5.5 million (131,000 euro) on programmes no one has ever seen, and granted contracts that were not in the interests of the station.

Parliament sacked Materák in August on the recommendation of the Slovak Television Council. The main reason given for the sacking was Materák's approval of a collective agreement with trade unions granting indulgent management benefits and a 10 per cent pay rise.

However, the agreement, which offered managers and top bosses up to 12-month severance packages, was waived by STV unions in an amendment to the collective agreement put forth by Rybníček soon after he took the helm.

The new STV management team also said it will terminate an exclusive advertising sales contract with Abromedia at the end of this year.

While there was little resistance to the severance cuts, Rybníček's reduction of external pay has angered many, particularly the actors and directors whom the cuts hit the hardest.

Pay to external employees has been reduced to the minimum, meaning a more than 50 per cent decrease to many of STV's creative personnel.

"[The cut] is discriminatory and unreasonable. Even more money should be invested into STV programmes, [and operations should not be] weakened by such measures," said František Palonder, member of the Association of Film and Television Directors.

Many of STV's 1,200 external workers have threatened to stop working if their pay is not reinstated. The broadcaster also has more than 2,000 full-time employees and pays Sk45 million (1.1 million euro) per month in wages.

But Rybníček says the cuts are necessary as STV tries to settle Sk17.5 million (416,000 euro) in unpaid bills to external firms. He also estimates the wage cuts will save the station Sk4 million (95,000 euro) per month, but says they are only an interim solution.

"This is a temporary measure, which will last until the end of this May when we want to settle STV's debt against external employees and firms. We will prepare a new reward table from June," said Rybníček.

Currently, news crews have four members - a journalist, camera operator, sound technician, and lighting technician - for remote coverage, often requiring the use of two vehicles. But because lights are mounted on the cameras, said Rybníček, there is no need for a lighting technician.

In addition, Rybníček sacked news director Anna Ghannamová after barely two weeks on the job, saying a talk show she hosted "did not meet the criteria of a public broadcaster", but not specifying further reasons for her recall.

Ghannamová had in the past worked in news divisions at private TV Markíza and short-lived TV Luna. She was also spokesperson for Devín banka, which cost the state Sk11 billion (260 million euro) in its 2001 collapse.

Amidst the cuts, however, Rybníček has allocated Sk500,000 (12,000 euro) to transfer STV's crumbling film and tape archives to digital formats. Many STV film reels have suffered damage and hundreds have deteriorated completely, said Rybníček, adding that the station would pursue criminal charges against those responsible for the archive's neglect.

While acknowledging that much remains to be restructured at the station, Rybníček is confident that his management can rescue STV.

"I will be very happy if this year this television station begins working under a new organisational structure, and I predict this will bring savings.

"But I will cut everywhere it is possible. It is necessary to build completely new financial relationships in this [company]," said Rybníček.