WHAT foreigner living abroad has not experienced moments when life outside their comfort zone felt just too difficult? Moving to a new country can be an enormous upheaval, so disorientating that simple tasks like calling a taxi, posting a letter, and buying a carton of milk tap all available sources of strength - and even then, such efforts frequently end in failure.
Often, adjusting is hardest for people who switch countries because of their partner's job, and those people are usually women.
In Bratislava, the International Women's Club (IWC) provides several little oases of welcoming warmth for expat wives and girlfriends, and women who come to Slovakia to work. Anchored by the core of Slovak women who started the club in 1991, the IWC works towards promoting friendship and understanding among English-speaking women, supporting cultural activities to foster a better understanding of Slovak culture and society, and providing funding to various local charities. 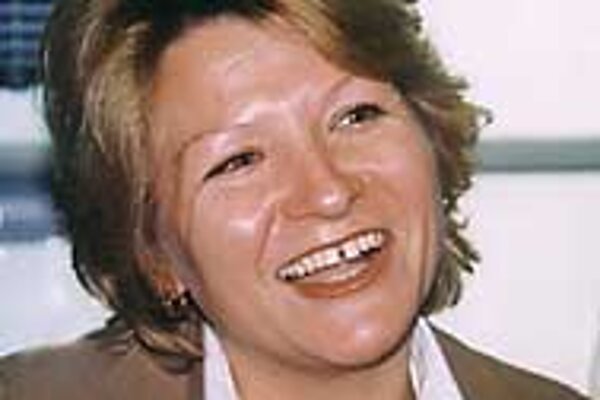 Font size:A-|A+
WHAT foreigner living abroad has not experienced moments when life outside their comfort zone felt just too difficult? Moving to a new country can be an enormous upheaval, so disorientating that simple tasks like calling a taxi, posting a letter, and buying a carton of milk tap all available sources of strength - and even then, such efforts frequently end in failure.

Often, adjusting is hardest for people who switch countries because of their partner's job, and those people are usually women.

In Bratislava, the International Women's Club (IWC) provides several little oases of welcoming warmth for expat wives and girlfriends, and women who come to Slovakia to work. Anchored by the core of Slovak women who started the club in 1991, the IWC works towards promoting friendship and understanding among English-speaking women, supporting cultural activities to foster a better understanding of Slovak culture and society, and providing funding to various local charities.

Coffee mornings are held at least once a week, either at a centrally located hotel or in someone's house. The club also organises evening events and fundraisers throughout the year, publishes a monthly newsletter, runs fitness classes, holds regular conversation classes in a number of languages, and maintains a lending library.

At the end of last year, the club elected a new board and a new, British, president, Wendy Russell, who recently spoke to The Slovak Spectator about the club's activities and the ups and downs of expat life.

The Slovak Spectator (TSS): It's interesting that Slovaks founded the IWC in Bratislava. Do they count as international then?

Wendy Russell (WR): Our club has about 230 members now, representing about 40 nationalities including Slovaks. The club was founded in 1991 by local ladies who had travelled in the past, internationally, and could see the growing number of expat ladies coming into Bratislava. They wanted to start up an organisation, and the club grew from there. Now approximately 24 percent of our members are Slovak women who speak English.

TSS: What's the appeal for them?

WR: A lot of our Slovak members have travelled extensively in the past, and help to integrate our new members. They act as "big sisters" to the new ladies coming, sharing vital information. For example, the core of these ladies, who founded the club, are the main hub of our charity committee, and they have a wealth of knowledge that they can share with other people.

One of our members who only joined recently, even though she had been in Bratislava for 18 months, said that in one day as a member, she got as much information to help her settle in here as she had learned in the previous year and a half.

TSS: Where do your members live?

WR: There are one or two members in Piešťany and some are in outlying villages close to Bratislava, but the majority are here in the capital. There is another, similar club for ladies who live in the east of the country. Some of them are members of our club too, but it is often difficult for them to come to Bratislava for our events.

WR: No, we don't need to. Every international lady who comes to Bratislava has the opportunity to join if she wants to. We hope that all the embassies are letting newcomers know about us.

Anyone who wants to join our club only needs to fill in an application form and come up with the membership fee. There's no specific selection criteria, although it would be a big problem to join for someone who didn't understand English.

TSS: What problems do women face when they move to a new country because of their partner's job?

WR: The main problem initially is a lack of friendship. You often just feel stuck within the four walls of your house, apartment, or hotel room. You have no contact with anyone. When I first moved to Bratislava I had to live for two months in the Hotel Danube. I had a very small baby at the time, and I didn't even know where Tesco [large, centrally located supermarket - ed. note] was.

I went along to the British embassy and asked if there were any clubs or welcome brochures. At the time, the British embassy couldn't offer me a great deal of information, but they passed me on to the British Council who were very helpful and they supplied me with the information on schools and gave me some contact numbers. So I picked up the phone and spoke to a very nice lady who invited me to join a club coffee morning. She said, "It doesn't matter if you've got a baby. We're all in the same situation."

It's so important to learn you're not on your own. It gives you a feeling of self-worth, so that when your husband comes back from work and tells you everything he has done, you can say, "Well I've actually been out and I've met some different people today. I haven't just been walking around Tesco listening for someone who speaks English."

TSS: Do you think Slovakia presents different problems for expat wives than other countries?

WR: I think the problems here are much the same as anywhere where not much English is spoken. The language is a very, very big issue to start with. There's no doubt that Slovakia is a friendly environment for expats, and generally speaking it's getting friendlier, but when you're new and don't speak the language and don't have your own transportation it can still be very difficult.

TSS: Apart from the IWC, what else is there here to help people find their feet?

WR: The schools help a lot and everybody's respective embassies. Cultural centres also help. Not every country has one, but the big ones do. The British Council does a great job here. They offer a lot for many different nationalities.

WR: Yes, I would say so. For example, parents may not necessarily understand the local doctors or be aware of medical facilities. And they may find it hard to understand prescriptions because of a lack of knowledge of the language.

Also, simply getting out can be hard, and feeling you're not alone. That's difficult enough in your home country, but it's harder when you are in a different place. That's why the mums and babies group of our club meets two or three times a week to share information. They have a very good network.

TSS: How involved do the menfolk get in your activities?

WR: Well we are an international women's club, so men don't usually get very involved. But I know of one lady who recently introduced her husband to the mother and baby group, and he now takes the baby along to the group himself. He says it's lovely to be there playing with the children and listening to all the mums gossip.

Also, I know that there are lots of husbands who like to come along to the evening events we organise, because it gets them out of their work world. In fact, a lot of solid friendships are established between husbands after they meet at one of our events.

TSS: The organisation is known for its charity work. How much of a focus is that?

WR: We have a number of charity fundraising events each year, the biggest of which is the Christmas Bazaar. Last year we raised around Sk1.5 million (36,000 euro), which we will distribute to a variety of charities and people in need. We process a number of applications every year and do site visits, to make sure the applicants really need the money.

TSS: When and why did you come to Slovakia?

WR: I arrived in January 2001 because my husband, who works for an international financial-services company, accepted a position with their local subsidiary, Poisťovňa Union. We were previously in Poland.

TSS: How does expat life here compare to that in Poland?

WR: It's totally different, because Warsaw is such a big city. I won't say I know all the ladies in our club, but I know a good 70 or 80 per cent, if not more, whereas in Poland I knew maybe a few people from my part of the city and some others in the mothers and babies group. The IWC in Warsaw was a very big group of ladies that met once a month for a general meeting. Bratislava is much cosier.

TSS: Do you like expat life? Some people say it is addictive, because it generally allows people to have a much better quality of life than they would have back home.

WR: That's true, but I'm also a little bit like a gypsy. I like to travel and I like to get to know other cultures. I'm very intrigued by that, so I would be quite happy never to return to England.

TSS: Despite taking up a lot of time, your job is purely voluntary. What do you get out of it, if you don't get money?

WR: After being in England, where I worked full time, then having a child and leaving England, it was very easy to slip into a little relaxed world of my own. Now I have a little bit of my self-worth back. I like being able to give back and to share.

TSS: Do you think the club will change after Slovakia joins the EU?

WR: I would like to think that our main purpose of promoting friendship and understanding will keep going. If we can achieve that, with a smile on our faces, then I think we will have achieved what we set out to achieve.