UNIVERSITY students in Slovakia may soon have to pay for their studies if a plan by Education Minister Martin Fronc is approved by parliament.
In line with the pre-election promises of his party, the right-wing Christian Democrat's (KDH), Fronc recently announced that his ministry has prepared changes to the country's university law that would introduce annual fees of between Sk7,000 (170 euro) and Sk12,000 (290 euro) for all university students as of January 2004.
The plan has evoked a mixed reaction, with opponents and supporters of fees divided mainly along political lines. 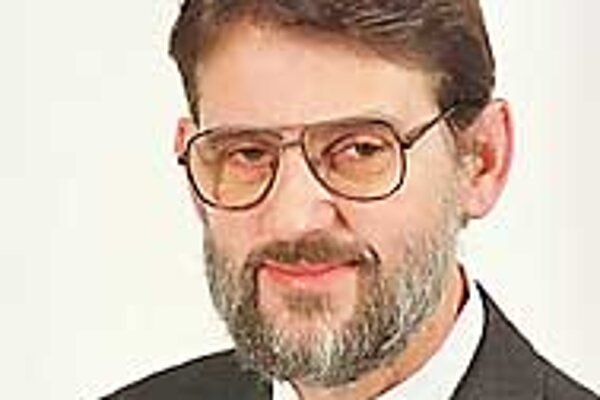 Font size:A-|A+
UNIVERSITY students in Slovakia may soon have to pay for their studies if a plan by Education Minister Martin Fronc is approved by parliament.

In line with the pre-election promises of his party, the right-wing Christian Democrat's (KDH), Fronc recently announced that his ministry has prepared changes to the country's university law that would introduce annual fees of between Sk7,000 (170 euro) and Sk12,000 (290 euro) for all university students as of January 2004.

The plan has evoked a mixed reaction, with opponents and supporters of fees divided mainly along political lines.

While some students and right-wing politicians welcomed the move, other students and left-leaning parties protested the plan, saying it was discriminatory and warning that it would turn university education into a privilege of the rich.

"[If fees are introduced] those who study will have to have money, and I think that will be discriminatory," said Zuzana Capková from the central Slovak town of Vrútky, who recently graduated from the pharmaceutical faculty of the Comenius University in Bratislava.

Capková, who is doing a PhD, said that in order to support herself while studying she has joined a student-loan scheme, which provides monthly payments of between Sk1,000 (24 euro) and Sk2,000 (48 euro) to students from poorer families.

Because her father was unemployed during her undergraduate years, she had to work part-time during school year and during summer vacations.

"It was very hard. If I had had to pay for my studies on top of all that, it would have been unbearable for me. That is why I don't support the introduction of fees. There are plenty of students like me," she said.

Even without the fees, monthly expenses for university students have been estimated at Sk4,000 - nearly a third of the country's average wage.

In reaction to Fronc's proposal, Dušan Čaplovič of the opposition party Smer said that if Fronc wanted to go ahead with his plan, he had to make sure loans and grant schemes for students are adjusted to reflect the new situation.

For his part, Fronc told The Slovak Spectator on March 24 that his plan envisaged increased grants for those in need.

From the current grant of Sk20,000 (480 euro) per year, students from poorer backgrounds will be able to receive twice that much. In total, Sk500 milllion (11.9 million euro) will go to grants per year, up from Sk120 million (2.9 million euro) at the moment, the minister said.

"Bearing in mind that [the changes to university law] bring an increase in grants as well as introducing fees, none of the students who currently receive social benefits will be worse off than now, even after having paid the fees.

"That is why I do not think that introducing fees would make [university] studies a privilege of the rich," Fronc said.

However, the chancellor of Comenius University, František Gahér, warned that "the financial situation of many students is already critical, and for some of them the introduction of fees may make it even worse".

"It is indisputable that the [existing] economic burden on [Slovak students] along with the expected introduction of fees for studies may endanger equal access to university education," Gahér told The Slovak Spectator on March 26.

His opinion was echoed by the deputy chairwoman of the Young Social Democrats (MSD), Barbora Svitačová, who said the plan has angered a large number of students.

Although Gahér welcomed the efforts by the Education Ministry to get more cash flowing through universities and thereby secure the teaching process, he noted that the draft bill did not include any tools to motivate students.

"The proposed system of fees for studies misses a motivation factor, for example, students could be exempt from fees if they achieve excellent results - and I'm not talking about the idea of scholarships, as is common in the US," Gahér said.

For backers of the change, fees are a way to increase the quality of university education.

Pavol Tóth, 23, from Bratislava, who studies at Comenius University's faculty of arts, agreed with that opinion. He said that the mere fact that students would be paying for their studies would motivate them to demand high-quality teaching, and would encourage them to make the best of their time in school.

"I think the question of motivation is clear: If I paid for education, I would want to complete it successfully and as quickly as possible," Tóth said.

University education is currently fully covered by the state, which spends an average of Sk70,000 (1,670 euro) per student per year. That sum is also paid for students who fail their exams and have to repeat their courses.

In the past a number of politicians and some academics have warned that free education is not sustainable in the long term. However, the first attempt to introduce fees for university education by the previous education minister, left-wing Milan Ftáčnik, was rejected by parliament.

According to Gahér it is now up to parliament and the Slovak cabinet to weigh what he called a "strategic decision", pointing out that thousands of young Slovaks already leave the country each year to study abroad, mainly in the Czech Republic and Austria.

"Negative or positive effects of such [strategic] decisions become clear only after several years, and the negative effects are usually very hard to fix. That is why at this time and under given circumstances I am not in favour of introducing fees for studies," he said.

However, the Young Civil Democrats party (ODM) welcomed the plans. ODM chairman Maroš Kemény said he was convinced that the introduction of fees would bring increased access to university education and better-quality teaching.

Student Tóth added: "Fees are a good thing, or rather, the right thing, because university education is a service and services should be paid for."

Tóth said he thought the system of loans and grants for poorer students had been prepared in such a way that the introduction of fees would not endanger any potential student's right to study at a university.