ALTHOUGH many Slovak companies have been slow to trust their IT systems to a third party, domestic and international firms offering IT outsourcing say the market will continue to grow despite obstacles.
Companies' fear of losing control, bad previous experience with outsourcing, and simple resistance to change were among the factors preventing an increase in IT outsourcing in Slovakia discussed at last month's Infotrends conference in Bratislava.
Nevertheless, the outsourcing market in Slovakia has been noticeably expanding in recent years, observers say. 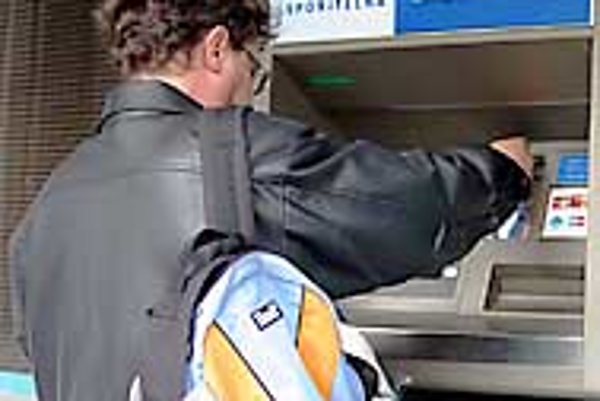 Font size:A-|A+
ALTHOUGH many Slovak companies have been slow to trust their IT systems to a third party, domestic and international firms offering IT outsourcing say the market will continue to grow despite obstacles.

Companies' fear of losing control, bad previous experience with outsourcing, and simple resistance to change were among the factors preventing an increase in IT outsourcing in Slovakia discussed at last month's Infotrends conference in Bratislava.

Nevertheless, the outsourcing market in Slovakia has been noticeably expanding in recent years, observers say.

"Just two years ago we reported that in Slovakia there was no ready market of firms that were able to provide a full breadth of IT outsourcing services, but today that is no longer true," KPMG's Branislav Novák told the weekly Trend.

According to Peter Škodný from Accenture Slovakia, companies' goals in seeking outsourcing have been steadily changing.

"In the past, decisions regarding outsourcing were mainly motivated by financial savings, whereas now they are of a more strategic nature," said Škodný, adding that businesses are now also looking at "transformation outsourcing", which aims to redefine company structures and management in addition to IT systems.

Škodný predicts that the sector will continue to grow, saying clients have advantages in being able to predict expenses and reduce costs. Outsourcing non-core tasks can cost a company much less than acquiring expensive IT equipment and personnel, he said.

Local companies may be at the forefront of the move towards outsourcing, with many promoting Slovakia as a potential location for outsourced IT services. Promoters, like the state-run investment agency SARIO, say Slovakia offers investors highly educated labour at far below EU wage levels.

Average wage levels in Slovakia were 325 euro per month for 2002 according to the country's Statistics Office, the lowest of the Visegrad Four countries and less than half of the EU average.

While international companies have been offering IT services in Slovakia for a number of years, domestic firms have also been cropping up, particularly in the banking and financial sectors.

According to Novák, firms seeking outsourcing partners have been surprised to find a large number of offers "not just from well-known international players, but also different local firms that are strengthening and successfully pushing into this area.

"It's not just about personal computers or servers. The suppliers are already able to offer services from the simple administration of certain areas of IT through to taking over full IT systems," said Novák.

Most Slovak banks outsource a wide variety of information tasks, such as managing card-payment systems and ATM networks, data archiving, and management of bank-statement databases.

Všeobecná Úverová Banka, Poľnohospodárska Banka, and Prvá Komunálna Banka have all turned to the Authorisation Centre of Slovakia (ACS) to manage their bank-card systems and point-of-sale terminals in shops around the country. ACS was originally set up by Slovakia's former state banks, which now own the firm together with Norwegian company Telenor.

Another local company, AXA, provides services for most of the major banks in Slovakia, including data archiving, information management, and handling of bank statements.

Outsourcing in Slovakia's banking sector is not limited to domestic firms, however. Tatra Banka outsources its ATM services to Euronet, a US-based company that specialises in electronic financial transactions.

"This trend can already be seen to great effect around the world, and without a doubt it will only increase in the future," said Roman Feranec from the National Bank of Slovakia, explaining that outsourcing is key to the future of banking.

While some of Slovakia's public-sector institutions have also been moving towards outsourcing, analysts report that its use in government administration has been limited by weak laws governing public procurement and a lack of transparency in the tender-selection process.

According to Juraj Nemec, from the school of finance at Matej Bel University in Banská Bystrica, problems also lie with the preparation of contracts and a lack of success indicators, leading to a reduction in the overall quality of services provided.

"Slovakia is no longer very different from the wider world and at the very least it can offer services of the same quality as in the other countries of the Visegrad Four," said Škodný.