THE REFERENDUM that seeks to constitutionally define the concept of family is dividing Slovak society. Members of the foreign diplomatic community, who traditionally speak with distinct voice when it comes to protection of minority rights, closely follow the campaign as well as the public discourse preceding the February 7 vote. 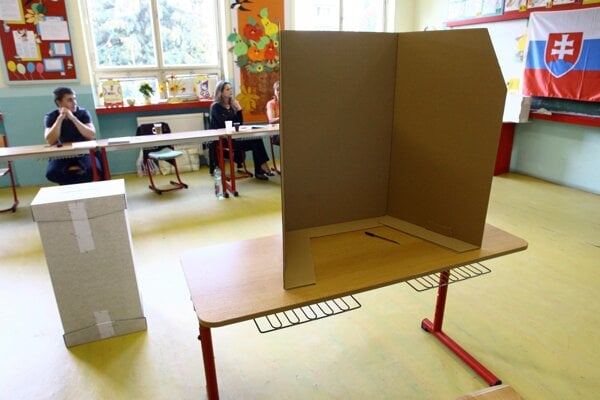 The Slovak Spectator (TSS): How do you view the upcoming referendum on family? Why has, in your opinion, the issue of traditional family become so divisive in Slovakia?

Theodore Sedgwick (TS): The US government supports the right of citizens in a democracy to initiate referendums. We see many referenda in individual American states each year. However, this ability in the United States is not without limits: a referendum cannot be held that violates the basic rights of individuals, especially vulnerable minorities.

David Stuart (DS): The upcoming referendum on family is an internal matter for Slovakia. Nonetheless, I will follow the results with interest.

Inga Magistad (IM): We have noted the debate on the upcoming referendum in Slovakia.

Helfried Carl (HC): We are aware of the discussions regarding the upcoming referendum.

Henna Knuuttila (HK): The Finnish Embassy takes note of the referendum to be held in Slovakia.

Embassy of the Netherlands (EN): The Embassy of Netherlands took note of the process leading to the upcoming referendum, including the ruling of the Constitutional Court following a request of President [Andrej] Kiska.

TSS: Is the issue of traditional family and lesbian, gay, bisexual, transgender and intersex (LGBTI) rights currently widely debated in your country?

TS: LGBTI rights continue to be widely debated in the United States, though public opinion has clearly become more accepting of LGBTI rights, including gay marriage.

DS: Yes, it is. In Australia, people are entitled to respect, dignity and the opportunity to participate in society and receive the protection of the law regardless of their sexual orientation or gender identity. Homosexual activity has been decriminalised in all Australian states and territories. While much relevant legislation is within the jurisdiction of our state governments, the Australian government supports a nationally consistent framework for relationship recognition. A number of states and territories have established schemes which allow same-sex and opposite-sex de facto couples to register their relationships formally.

I would say traditional family and LGBTI rights are important issues for Australia, and as long as there is a scope for improvement, discussions or debates should continue.

IM: The question of traditional family and LGBTI rights is presently not much debated in Norway.

HK: In Finland, there was a debate related to similar issues in particular last year, when the Finnish Parliament voted for an equal marriage act that will grant same-sex couples the right to marry as well as adopt children. This was one of the most important milestones related to LGBTI rights in recent years.

TSS: What is the most important (legislative) milestone in your homeland regarding gay marriages or LGBTI rights?

TS: Significantly, the U.S. Supreme Court in 2013 overturned the Defense of Marriage Act (DOMA); the federal government now recognises and provides federal marriage benefits to same-sex couples married in states that allow such marriages. Gay marriage is currently legal in 36 of 50 states, accounting for approximately three-quarters of the US population.

DS: Australia has gone through a complex process of amending its legislation. For example, in 2013, the Sex Discrimination Act 1984 was amended to provide protection against discrimination on the grounds of sexual orientation, gender identity and intersex status.

It also extended the existing ground of ‘marital status’ to ‘marital or relationship status’ to provide protection from discrimination for same-sex de facto couples.

In 2009 the Registered Partnership Act was overtaken by the Common Marriage Act. This act gives two persons of the same sex the same right to enter into marriage as heterosexual couples. The Church of Norway and other religious communities are authorised, but not obliged, to perform marriage ceremonies. At present the church is offering blessings but not marriage ceremonies to same-sex couples. As a result of the Common Marriage Act the rules for adoption were changed, and married couples of the same sex were given the same rights to adopt as couples of different sexes. Registered partners were also given the right to change their partnership into marriage, or remain as registered partners.

EN: Dutch legislation has allowed same-sex marriage under civil law since April 2001. It gives same-sex couples practically the same rights as couples of different sexes. In 1998, it became possible for couples of the same or different sexes to enter into a registered partnership, which is in many ways equal to marriage. The principle of equal treatment was fundamental to the decision in 2001 to allow partners of the same sex to marry. For many people, marriage symbolises their commitment to each other. When the Same-Sex Marriage Act entered into force, the rules on adoption in the Civil Code were amended. Same-sex partners may adopt a child together. Few children in the Netherlands whose family-law ties with their parents have been severed are put up for adoption. Mostly, adoption is by the partner of a child’s parent. In such cases, the couple must have lived together for at least three years, and shared responsibility for the child’s upbringing for at least one year.

As the world takes disputed statues down, locals in Rajec and Čakajovce are not bothered by 'rare' fascist statues.