VALENTINE Fatula Sr now exists only in a place connected by American graveyards, ornate hand-written documents, faded pictures, European villages, distant family memories, and cyberspace links. It is the world of family histories.
His earthly life ended on December 22, 1931, on a small hill nicknamed Ducky Beach - an area that gained its name generations ago when immigrant Americans often kept their own ducks, geese, chickens, and other animals as they did in their homelands.
Now, over half a century later, his retired grandchildren, brothers Albert and Gene Fatula, spend much of their time piecing together the life of Valentine and other relatives. 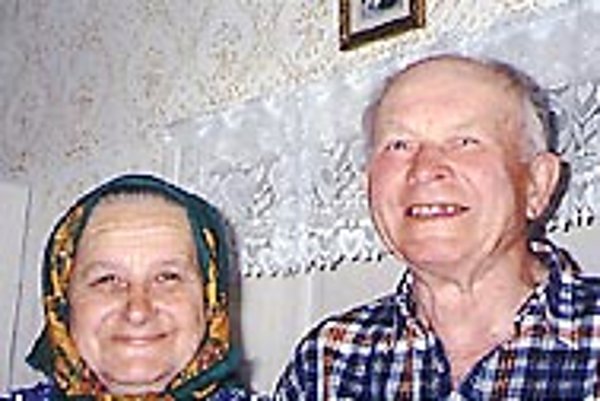 His earthly life ended on December 22, 1931, on a small hill nicknamed Ducky Beach - an area that gained its name generations ago when immigrant Americans often kept their own ducks, geese, chickens, and other animals as they did in their homelands.

Now, over half a century later, his retired grandchildren, brothers Albert and Gene Fatula, spend much of their time piecing together the life of Valentine and other relatives.

"It dawned on me that I really didn't know anything about my family," stated Gene, 67.

"My mother came to the States at the age of 10, so from that, I figured there had to be story to be told. Most members of the family did not know much about [where we came from], but with pieces here and there, I was able to learn about our family. When you do the research, it's like being there as it is happening."

The search has taken them to numerous churches, courthouses, and graveyards in their home state of Pennsylvania in the United States, small Slovak villages, and into corners of the Internet that have changed the way people trace their roots.

The siblings have used official documents such as marriage licenses and death certificates, plus conversations and numerous trips, to verify the existence of almost 300 family members. They have discovered links to a variety of families, with last names that include Hilboky, Spisak, Figula, Ondrejak, Gonchar, Popp, and Sax.

They now have a 24-page typed family history based on thousands of photographs, legal documents, letters, and other pieces of paper.

"I have a case here full of stuff," says Albert. "My brother Gene has duffel bags filled with stuff that he carries with him. It looks like he's moving [whenever he carries it]."

Among the family members the Fatulas have traced, Valentine Fatula holds a special place, being the first of this particular branch of Fatulas to leave home and cross the Atlantic to the US. The exact date of his trip is still unknown, although the brothers think it took place in 1888 - an educated guess based on an obituary they found.

Born on February 7, 1866, in Jablonov, in the eastern Slovak region of Spiš, to Joseph and Mary (Puhalla) Fatula, Valentine married Mary Sax, who was also born in what is now Slovakia, and died in the United States at the age of 67. Valentine and Mary's wedding, on October 6, 1891, was the first ever held at Saint Stephen's Catholic Church in Cambria City - an area in Johnstown, Pennsylvania, located in a valley directly below Ducky Beach. He worked for the Cambria Ironworks for most of his life, and was probably a farmer before leaving Europe, the brothers believe.

Beginning in the mid-1990s when Gene retired, the Fatula brothers' journey began with a search for living relatives who could provide them with information. This method can be time consuming, Albert notes, as one answer often leads to three more questions.

But slow though it may be, the brothers say, talking still beats using other resources, like online databases such as the one provided by Ellis Island (the US's best-known immigration port in New York City) - because you never know what clues you will find by showing old photographs to family members and watching the memories awaken.

"Nine times out of 10, there aren't really any specific questions that will get people's minds going to remember things," said Albert, 73, who has talked to dozens of relatives during the process. "It's just communication."

Still, communication does not always garner the information family sleuths are after. Eastern Europeans who came to the US during the late 1800s and early 1900s did not often talk about their journeys or keep in touch with relatives in their native lands. Connections were often lost because a lack of education hampered continent-to-continent communication.

Many of the immigrants left to find jobs and a better life, fled oppression, or wanted to avoid mandatory military service. While remaining proud of their heritage and keeping alive parts of their culture - like art, music, and cuisine - many immigrants adopted the customs of their new home and the ways of the past gradually disappeared.

The new Americans raised their children as local children were raised, and encouraged them to speak English rather than their ancestral language. Thus, stories often got lost, even between fathers and sons.

As Albert puts it: "We were here. They were there. And that was our situation."

Unperturbed, the Fatulas were determined to rebuild connections with their family's past. In June 1998, Albert, Gene, their brother Jim, their sister Elaine (Fatula) Hiser, their sister Geraldine (Fatula) Christlieb, and their aunt Catherine (Figula) Rose journeyed to Slovakia and found a different world from what they had expected.

From stories told by older relatives, they had built up an image of a somewhat backwards place. Instead, they found a mixture of old-world charm and modern conveniences, even in the remote northeastern village of Orlov, the hometown of Albert and Gene's mother, Mary Figula.

Although the group did not find out much that they had not already known, they were able to gain a new perspective on their heritage by travelling across the land of their ancestors.

"[The landscape of Orlov] reminded us a lot of Pennsylvania," said Albert, reflecting upon the 11-day trip. Because none of them could speak Slovak fluently, the group was assisted by Catherine Rose's grandson - Scott Rose - who lives in Prague, Czech Republic.

The Fatulas are not alone in their pursuit for knowledge about their roots. Millions of Americans investigate their family history in some way or other, and nowadays, there are numerous publications and Internet sources to aid people in their search.

None of the online systems come even close to the information provided by the Family History Library run by the Church of Jesus Christ of Latter-day Saints in Salt Lake City, Utah - the largest library of its kind in the world.

The organisation, which aids research for free but does not actually trace anybody's family history for them, boasts over 2.2 million rolls of microfilmed genealogical records, 742,000 microfiche, 300,000 books, 4,500 periodicals, an ancestral file database of 35.6 million names, and a staff of more 400 fulltime employees and volunteers.

The main facility is able to provide information to individuals across the world, thanks to approximately 3,900 Family History centres in different countries, which possess numerous rolls of microfilm containing information from a myriad small villages, including detailed centuries-old church records. Individuals are able to order microfilm and other material from those local chapters, and the closest one to Slovakia is in Budapest, Hungary.

"It becomes extremely intriguing to find how far back you can go into the past," said Steve Barthel, a research specialist for The Church of Jesus Christ of Latter-day Saints Family History Library, adding: "It's a heart-warming experience, especially when you're dealing with countries that were once behind the Iron Curtain."