IN AN effort to lure viewers some Slovak cable companies have decided to ignore the wishes of the Czech TV Nova and offered the program without the station's permission.
TV Nova, one of the most popular TV stations in both the Czech and Slovak Republics, disappeared from Slovak screens in March 2002, because the channel had broadcast rights for the films it had purchased from distribution companies only on the territory of the Czech Republic.
However, two Slovak cable companies operating in and around Bratislava again included the station in their programming in April this year. 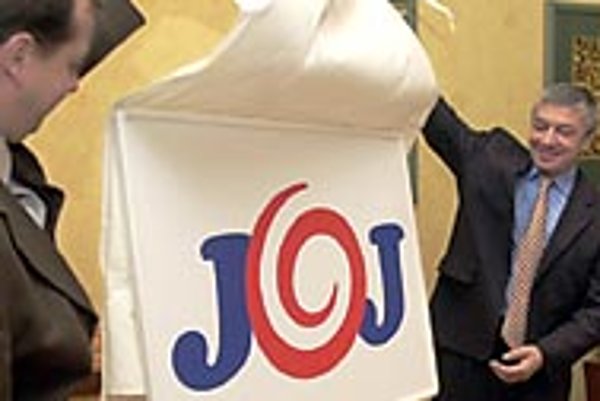 Font size:A-|A+0
IN AN effort to lure viewers some Slovak cable companies have decided to ignore the wishes of the Czech TV Nova and offered the program without the station's permission.

TV Nova, one of the most popular TV stations in both the Czech and Slovak Republics, disappeared from Slovak screens in March 2002, because the channel had broadcast rights for the films it had purchased from distribution companies only on the territory of the Czech Republic.

However, two Slovak cable companies operating in and around Bratislava again included the station in their programming in April this year.

"UPC and Satro are broadcasting Nova without permission. It is an unlawful pirate broadcast that damages our television channel economically. We will use all legal means to prevent them from doing so," said Nova spokesperson Petr Kostka on May 12 and asked the companies to refrain from further broadcasting, threatening them with legal action.

After receiving the request, Satro withdrew TV Nova from its programme package on May 13. "We don't have the money for lengthy trials," Satro boss František Kadúch told The Slovak Spectator.

However, Satro's rival UPC has decided to keep TV Nova on until May 17. UPC spokesperson Stanislav Šaling admitted that UPC was broadcasting TV Nova programmes without a license, but argued that other Slovak cable companies air the channel without permission, according to SITA.

Kostka said that there are perhaps as many as 20 to 30 small local cable companies that broadcast TV Nova.

"[UPC] uses the same marketing tools as any other domestic or foreign operator," said Šeling.

UPC is likely to need stronger marketing more than ever now that Satro has become its first competitor in Bratislava. Satro was granted a license to broadcast in Bratislava by the Telecoms Office (TÚ) in November 2002, allowing it to start operations in April of this year.

UPC had challenged the legality of that decision, but at the beginning of this month the TÚ refused to revoke Satro's licence. The final decision on Satro's fate is to be made before the end of May.

Satro representatives say the action by UPC was driven by fear of competition.

"Well, it's difficult to comment, everyone can draw their own conclusions, but it is probable," said Kadúch in an interview with Slovak Television.

"UPC welcomes all competition on the market, but that competition has to act in accordance with the law," Martin Maťašeje, UPC general director said in reply.

For the time being Satro remains in business and its representatives remain interested in drawing away further clients by offering TV Nova.

"It is the most popular and demanded station. It has always been the most popular station in Slovakia. [On May 13] I faxed [then Nova boss Vladimír] Železný a letter explaining the situation and asking him to allow broadcasting to continue. We declared our readiness to pay everything that's required," Kadúch said.

Železný was removed as boss of TV Nova on May 14, following a series of financial scandals at the Czech company.

However, Satro representatives say they are sceptical about the chances of reaching an agreement with TV Nova.

"Considering the statements made by Nova representatives our hopes are not too high. If they don't want it, that's their problem," Kadúch added.

He did admit that Nova is most likely not interested in increasing competition for its Slovak subsidiary TV Joj and therefore will probably remain opposed to broadcasting in Slovakia. "In our opinion and that of numerous experts, this is the main reason," Kadúch said.

The Slovak station TV Joj, which launched its operations on March 2, 2002 was created by Železný as a replacement for TV Nova on the Slovak market. However, viewers remain interested in TV Nova, as TV Joj does not yet match the quality of the original.

"They just repeat old TV Nova programmes with a certain delay. They needed a cheap way of establishing themselves," said Kadúch.

However, although TV Joj does air numerous Czech shows produced by Nova, representatives say they offer more than just re-runs of shows aired by the Czech television.

"We buy some programs directly from TV Nova and some from a distributor, which purchases rights for several Czech stations. However, those that we get directly from Nova represent a minority," said TV Joj spokesperson Ľudovít Tóth. Tóth did not specify the ratio of externally-purchased and Nova-made shows in Joj's programme structure.

Tóth said that Nova's presence would have a negative effect on all other Slovak stations.

"The distribution of TV Nova has an impact on the entire Slovak TV market. It very often happens that TV Nova buys a program with Czech rights and some Slovak television later buys the same film with rights to air it in Slovakia. If cable companies offer TV Nova, which airs the film first, then naturally it attracts fewer viewers later when aired by Slovak companies, which affects revenues from advertising," said Tóth.