Unions cause chaos at border crossings

THE CONFEDERATION of Labour Unions (KOZ) blocked numerous border crossings for four hours on May 23 in an effort to persuade the government to pay more attention to their demands.
Opponents say the blockade was not only counterproductive, but also illegal.
Groups of unionists ranging in size from around 100 to 400 blocked a total of 13 crossings connecting Slovakia with Poland, Hungary, and the Czech Republic. 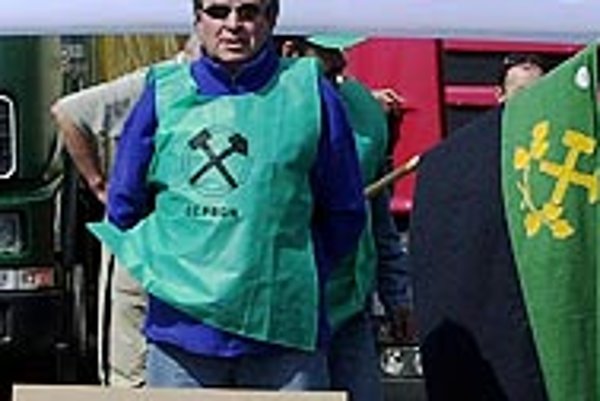 Font size:A-|A+
THE CONFEDERATION of Labour Unions (KOZ) blocked numerous border crossings for four hours on May 23 in an effort to persuade the government to pay more attention to their demands.

Opponents say the blockade was not only counterproductive, but also illegal.

Groups of unionists ranging in size from around 100 to 400 blocked a total of 13 crossings connecting Slovakia with Poland, Hungary, and the Czech Republic.

"This is a legitimate protest by the unions against the government's disrespect of the citizens' social rights and against their ignorant attitude towards the unions," said Ivan Saktor, president of the KOZ.

The KOZ organised the event in general protest at proposed reforms to social benefits and pensions levels. Unionists say the minimum wage should be raised from the current Sk5,570 (đ€135) to Sk8,100 (€197) per month.

The demands were dismissed as "ridiculous" by Labour Minister Ľudovít Kaník.

"The law requires that the minimum wage be raised annually. The amount by which it will go up [this year] is open to discussion, but [the KOZ] proposal is impossible to satisfy. To increase the minimum wage by almost 50 percent would mean that thousands of people in Slovakia would lose their jobs," Kaník said.

But the KOZ is not only interested in getting more money for workers. Union representatives say getting an audience with decision makers would be a good start.

"The government is not willing to negotiate over our requests, so we want to exert pressure to force ministers to talk with us. Constructive dialogue is all we want," said KOZ vice president Eugen Škultéty.

"This action has only one goal, which is to promote the unions. It is totally useless and will lead to nothing, except, perhaps, damage to the economy," said Kaník, adding that the government is already putting together proposals that would guarantee much of what the unions are asking.

The protesters used different means to stop traffic at the borders. In some places, KOZ members used chains to block the roads. At the crossing in Trstená, in northern Slovakia, the protesters wore "STOP" signs and held banners saying, "Yes to Europe, no to poverty".

The demonstrators did let some people go through to the other side. At the border with Austria at Berg, protesters allowed three trucks to pass - two were carrying hazardous material and one humanitarian aid. In a different place, a mother whose son was having an epilepsy fit was allowed to go through. Randomly, a truck full of concrete made it to the Czech Republic.

However, no exceptions were made for top union representatives. Labour boss Saktor came to visit protesters at the Kitsee-Jarovce border crossing with Austria before the start of the protest. Because he parked his car between the border and the place where the blockade later started, Saktor had to return to Slovakia via Austria, through an unblocked border crossing.

Reactions of regular drivers were mixed. The protests were announced well in advance and most drivers were able to avoid the blocked border crossings. Slovakia has a total of 27 functional crossings.

KOZ representatives said that Slovak truck drivers were used to longer waiting periods at borders on any given day than the four hours' delay caused by the protest.

Nevertheless, in some places drivers complained about the hold ups.

"Some drivers asked to be let through, saying that they worked in the Czech Republic. We told them to think about why they have to travel to the Czech Republic to work and what the situation is like here," said labour union representative Augustín Pecko.

For some, time to contemplate Slovakia's social problems was not adequate compensation for being stuck in a line at the border. One Bratislava lawyer demanded that the police help him get to Austria.

The lawyer announced he would file criminal charges against KOZ members, who, in his opinion, were committing a criminal offence by restricting his personal freedom. He said the protest organisers did not have the required permission to block the road.

He wanted to file charges on the spot, but the policemen present said they did not have time to deal with the legal aspects of the protests, and their role was solely to inform citizens about the blockade and redirect traffic.

"The labour union sees the blockade as a form of a strike, but we don't. The right to strike is guaranteed by the constitution. However, only when it's in accordance with the law," said Katarína Vinceová, secretary general of Česmad.

Česmad has asked all truckers who suffer financially as a result of the road blocks to claim compensation from the KOZ, based on the illegality of the protest.

Labour unions are warning that the border blockades were not the end of their fight for the rights of employees. A one-day strike by education workers took place on May 28, and further steps, including a general strike, are being considered by KOZ, according to representatives.