FOR the third time since the start of an investigation into his activities as head of the Slovak secret service, Ivan Lexa was released from pre-trial custody, vowing not to flee Slovakia again.
Lexa was released on June 5 after a Bratislava judge ruled there was no reason to keep him in custody. Lexa headed the Slovak Information Service (SIS) from 1994 to 1998, during which time the organisation is suspected of having participated in the 1995 kidnapping of the former president's son.
Lexa is also accused of plotting the murder of police informant Róbert Remiáš, who had been helping prove Lexa's involvement in the kidnapping. 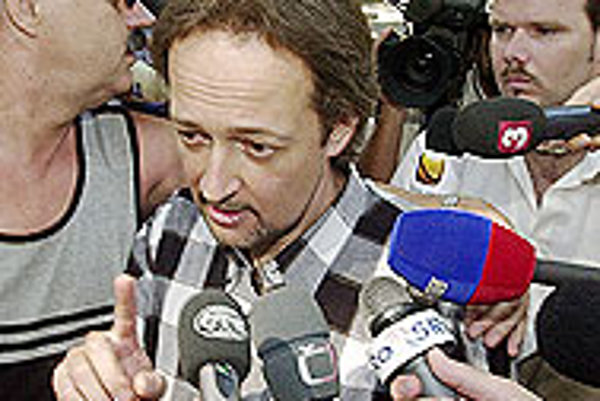 Font size:A-|A+
FOR the third time since the start of an investigation into his activities as head of the Slovak secret service, Ivan Lexa was released from pre-trial custody, vowing not to flee Slovakia again.

Lexa was released on June 5 after a Bratislava judge ruled there was no reason to keep him in custody. Lexa headed the Slovak Information Service (SIS) from 1994 to 1998, during which time the organisation is suspected of having participated in the 1995 kidnapping of the former president's son.

Lexa is also accused of plotting the murder of police informant Róbert Remiáš, who had been helping prove Lexa's involvement in the kidnapping.

While politicians, including several cabinet ministers, said they respected the justice's decision, some, including former president Michal Kováč, said they did not agree with the move, as they suspected Lexa might try to flee the country again. In 2000, Lexa fled Slovakia, and was brought back home after Interpol tracked him down in South Africa.

In response to Lexa's release, Justice Minister Daniel Lipšic has initiated a motion at the Supreme Court through which, if the court agrees with the minister, Lexa could theoretically return to custody again.

"I am convinced that in Mr Lexa's case, there are justified concerns about a possible escape from Slovakia," Lipšic said.

Lexa's lawyers, and the ex-spy chief himself, on the other hand, insist that Lexa has no intention of running away, because unlike three years ago, he now trusts the independence of the Slovak judiciary.

Calling Lexa a "political prisoner of the [PM Mikuláš] Dzurinda regime", Lexa's political party, the opposition Movement for the Democratic Slovakia (HZDS) said that when fleeing in 2000, the ex-spy boss was merely using his constitutional right to protest what they said was a politically motivated prosecution.

"Four years ago, Ivan Lexa did not try to escape criminal investigation. He made use of his constitutional right for civil disobedience because his basic human rights, and the principles of the legal state, were being violated," one of his lawyers, Ján Cuper, said.

"The ruling coalition should apologise to Lexa for half a year of torture in custody and for the six years that he has been forced to spend as a political outcast," Cuper said.

The HZDS has also backed Lexa, who is believed to have been close to the controversial former prime minister, Vladimír Mečiar, who appointed him head of the SIS.

"[The charges and accusations against Lexa] were mere speculation that stood on legs of clay. In this case, time has shown that Lexa did not do anything [illegal] and that he has nothing to do with the Remiáš case," the HZDS web site stated on the day Lexa was released for the third time since investigations into his activities started four years ago.

Lexa was first released from custody in July 1999, having spent three months in jail while several charges, including involvement in the former president's son's kidnapping, were being investigated.

When he was found in South Africa and flown back to Slovakia last year, Lexa was freed by a Supreme Court ruling. In August, the justices found that a judge had been wrong to take Lexa into custody as soon as he had returned to Slovakia.

Then, last December, Lexa was back in custody again, charged with misusing powers while in office, endangering state secrets, and plotting to discredit Slovakia's former president Michal Kováč, among other crimes.

At that time, investigators also claimed that in March 1996 Lexa ordered the Remiáš murder from underworld boss Miroslav Sýkora for at least Sk2 million (€47,600). If found guilty, Lexa could be sentenced to life in prison.

Interior Minister Vladimír Palko said he was not surprised at this latest twist in the Lexa saga, as he had always said solving the case was going to be a long and complicated process.

He added, however, that police investigating the Remiáš murder had made progress since December, and that three more witnesses had confirmed original testimony by an unnamed witness that Lexa was an instigator in the killing.

In an interview with the Slovak daily Nový čas, Lexa said that investigators had been dealing with the case "for seven years now, and there is still not one piece of evidence against me in the file".

Lexa's lawyers said that in the Remiáš case, investigators used the testimonials of untrustworthy people from the underworld, and Cuper even said that one unspecified witness had allegedly been bribed Sk3 million (€71,400) by "high-standing constitutional officials" to testify against Lexa.

But Attorney General Milan Hanzel, who has access to the Lexa files, said that he did not know anything about the allegations that bribery had taken place.

Slovakia may have to wait months or even years before the Lexa case is solved, and his guilt or innocence confirmed by a court.

According to Grigorij Mesežnikov, head of the Institute for Public Affairs think tank in Bratislava, the country deserves to find out what really happened in the period when Slovakia lost most of its hope for integration to western Europe.

During the 1994-1998 Mečiar administration, when Lexa led the SIS, Slovakia was driven to international isolation, due to what Western democrats saw as the cabinet's lack of dedication to values shared by developed Western nations.

"Every crime needs to be investigated and solved, and perpetrators must be punished. This [Lexa] case is even more important because it traumatised the whole nation," Mesežnikov said.