Police step up fight against drugs

DESPITE some recent successes in their war on drug-related crimes, the Slovak police is in danger of losing its grip on the problems if it does not implement a more systematic approach, experts warn.
On June 4, police representatives announced that the National Anti-Drug Unit (NPJ) detained five top members, including the Albanian boss, of a major drug-smuggling gang that supplied heroin to dealers and users in and around the capital city.
"We totally eliminated this precisely organised group," announced police vice-president Jaroslav Spišiak. 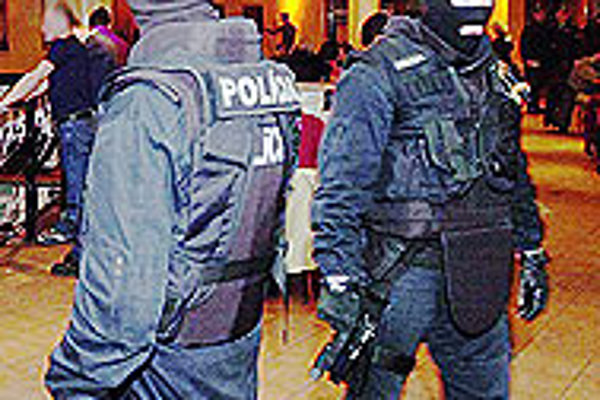 Font size:A-|A+0
DESPITE some recent successes in their war on drug-related crimes, the Slovak police is in danger of losing its grip on the problems if it does not implement a more systematic approach, experts warn.

On June 4, police representatives announced that the National Anti-Drug Unit (NPJ) detained five top members, including the Albanian boss, of a major drug-smuggling gang that supplied heroin to dealers and users in and around the capital city.

The NPJ also seized almost 700 grams of high-quality cocaine at the Berg border crossing with Austria, as smugglers attempted to cross the border with the drug in their car. Police sources said the amount would have made about 42,000 doses, and had a street value of Sk19.8 million (€480,000). According to Spišiak, the cocaine was intended for distribution in northern and central Slovakia.

However, experts say it is unlikely these police efforts will have a significant impact on drug consumption in Slovakia.

"I expect that [the police raids] will mainly have an effect on the price of drugs. Whenever any restrictive measures take place the price goes up. It's basic market logic. People will therefore have to steal more to pay the higher prices," said Katarína Jirešová, head of the NGO Odyseus.

"I'm afraid it is not going to reduce the availability of drugs, it will only increase the price. Drugs have always been here and will always be here, whether we like it or not," she added.

Odyseus workers have first-hand experience with the Slovak drug scene, as the organisation has run a needle-exchange programme in the streets of Bratislava for nearly five years.

Since the launch of activities in October 1998, the NGO has distributed nearly 500,000 sterile syringes. The project aims to reduce problems related to drug use, such as HIV and hepatitis infection.

Jirešová also said the recent NPJ action would not play a major role in keeping new users away from hard drugs.

"Since drugs are already outlawed, it is unlikely that someone will be deterred by [the threat of police] action," Jirešová said.

However, the activities of the Slovak police are not focused only on hard-drug distributors.

On May 30 around 100 masked policemen raided a music festival in Svätý Jur near Bratislava. Some 1,300 visitors were ordered to sit or lie on the ground with their hands behind their heads.

"Keep down on the ground and shut up. We're not going to talk to you," was the answer festival organiser Maroš Bača said he received when he asked why the raid was happening.

People had to stay on the ground for around 45 minutes, while the police checked about 400 people and several vehicles. The police have not announced whether any illegal drugs were found, and there were no official reports of any arrests at the event.

"[The police] refused to tell me the name of the person in command," Achberger said, according to the TASR new agency.

The police defended their behaviour by pointing out that soft drugs are often consumed during gatherings of young people.

"[We know] that young people in Bratislava and its surrounding area smoke marijuana at concerts and in disco clubs extensively. The organisers know about it but they pretend not to see anything," said Ľudovít Mihaľ, Bratislava region deputy police chief, in connection with the raids.

Jirešová said that by cracking down on users of soft drugs, the police might convince some young people to steer clear of illegal substances. However, in her opinion, by abiding by the law, those people may be pushed towards a more unhealthy lifestyle.

"An alternative drug could be alcohol. Then you're faced with the basic question, which is better, marijuana or alcohol?" she said.

"Unfortunately, in Slovakia the entire drug policy stands on two pillars - repression and some therapy. There is also some small degree of prevention. We are missing an overall strategy that would take a realistic approach to things. As long as there is no strategy, we will only be dealing with individual cases and not solving anything," Jirešová added.