SLOVAKIA does not meet minimum standards in combating trafficking in people, although the cabinet is making considerable efforts to eliminate "modern-day slavery", as US Secretary of State Colin Powell called it when presenting the third annual Trafficking in Persons report.
Shortly after the report was issued on June 11, Slovak officials said the country was on its way to achieving solid results, and added that since the data for the report was collected, several people had been arrested over trafficking charges.
The US report states that 800,000 to 900,000 people are moved across international borders each year, and warns that "no country is immune to trafficking". 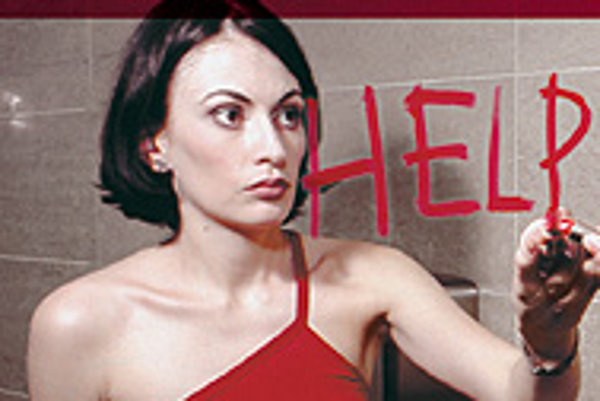 Font size:A-|A+
SLOVAKIA does not meet minimum standards in combating trafficking in people, although the cabinet is making considerable efforts to eliminate "modern-day slavery", as US Secretary of State Colin Powell called it when presenting the third annual Trafficking in Persons report.

Shortly after the report was issued on June 11, Slovak officials said the country was on its way to achieving solid results, and added that since the data for the report was collected, several people had been arrested over trafficking charges.

The US report states that 800,000 to 900,000 people are moved across international borders each year, and warns that "no country is immune to trafficking".

Slovakia and 74 of the 116 countries of the world included in the report were placed in the Tier 2 group, comprising states whose administrations are making significant efforts to eliminate trafficking in humans but that do not yet meet the required standards to fight it effectively.

Also in Tier 2 were neighbouring Hungary, Angola, Bangladesh, and Cambodia.

The report states that Slovakia is "an origin, transit, and destination country primarily for women trafficked into sexual exploitation".

It continues: "Slovak women have been trafficked to Spain, Greece, Italy, Switzerland, France, Mexico, and Japan. Women from the former Soviet republics and eastern Europe transit through the Slovak Republic on their way to Austria, the Czech Republic, Germany, and other European countries, and may be trafficked into prostitution during transit."

However, Slovak officials are confident that recent efforts and achievements will prove to the international community that Slovakia, which is scheduled to enter the EU in spring 2004, is determined to eliminate trafficking and protect its citizens from criminals involved in this activity.

"I think our activities in this field are improving from one year to the next, and as such, the [report] that includes information from last year no longer necessarily corresponds with our most recent results," said Interior Minister Vladimír Palko.

Vice president of the Slovak police presidium Jaroslav Spišiak added that several victims of traffickers had been retrieved from abroad, and that the perpetrators of these crimes are now facing prosecution.

Non-governmental organisations, meanwhile, agreed that Slovakia was making progress in addressing the problem.

The Slovak branch of the International Office for Migration (IOM) recently started a long-term campaign aimed at making young women aware of possible problems they may encounter abroad.

"In the prevention sphere there was nothing going on before we started our campaign. We have very good cooperation with the police, but unfortunately their big problem remains a lack of resources, including technology and finances," said Zuzana Vatrálová from the IOM in Bratislava.

A special anti-trafficking unit was established at the police presidium, but although the report praised that fact, it also noted that "the petty corruption in the police [force] and a lack of resources continued to hamper the government's overall ability to respond effectively".

The Interior Minister's spokesman, Boris Ažaltovič, said his department was aware of the problems and was "willing to improve in this sphere".

"We are gradually equipping the department with technology, and we are making it a priority," Ažaltovič said.

In 2002, the government passed amendments to existing anti-trafficking legislation. The amended legislation brings domestic law more in line with the United Nations Anti-Trafficking Protocol provisions, by including all forms of trafficking and prescribing a jail term of three to 10 years, with increased penalties if the activity is organised or if the victim is under 18.

Another problem identified in the report is that an existing lack of trust of the police often prevents potential witnesses of trafficking crimes from cooperating.

According to a recent survey, the police force is among the country's least trusted institutions, a situation arising from reports of corruption and abuse of alcohol among officers.

The IOM's campaign is financed by the Austrian cabinet and will last until next year, spreading awareness and advice to potential victims of trafficking gangs through TV ad spots, roundtable discussions, research among young women, and discussions with schoolgirls.

The TV ads warn women who want to work abroad to double check their future employer, and advise them to memorise the phone number of the Slovak embassy in the country where they want to work, in case they get into any trouble.

According to Vatrálová, the IOM's research suggests that as many as 44 percent of Slovak women would be willing to work illegally abroad, a phenomenon that experts say shows both a lack of awareness of the risks involved and the depth of the financial misery and disillusionment many are experiencing at home.

Many trafficking victims, however, are lured by promises of good jobs, unaware that their travel documents could be seized, they may be held in debt bondage, or they could be subject to brutal beatings, the report said.

While Ažaltovič said he could not provide estimates on how many Slovaks fall victim to traffickers annually, nor how many trafficking rings operate in the country, Vatrálová said dozens and perhaps even hundreds of trafficking victims leave Slovakia annually.

Her organisation has launched a help line for women to call if they want to check on their future employer before travelling abroad. The help line also offers advice on how to best prepare for a stay abroad, how to avoid possible problems, and what to do if problems come up.

Meanwhile, the IOM has joined Slovak officials in applauding Colin Powell for his strong words when presenting the report: "In our 21st century world, where freedom and democracy are spreading to every continent, it is appalling and morally unacceptable that hundreds of thousands of men, women, and children are exploited, abused, and enslaved by peddlers in human misery.

"All of us can and must do better in this struggle for human liberty and dignity."