Italians look to build on the Danube

A new industrial park in Šamorín should draw €300 million in investments, mostly from Italian SMEs
BY THE end of this year, the western Slovak town of Šamorín should have completed the first phase in developing an industrial park aimed primarily at attracting Italian investors.
The town of 3,500 inhabitants, 25 kilometres southeast of Bratislava, is building a 50-hectare industrial park in several phases for a number of Italian small and medium-sized enterprises that intend to invest around €300 million into the project. When completed, the park should provide work for up to 500 people. 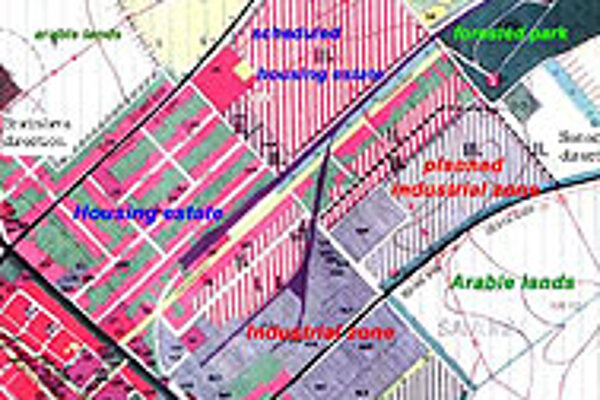 BY THE end of this year, the western Slovak town of Šamorín should have completed the first phase in developing an industrial park aimed primarily at attracting Italian investors.

The town of 3,500 inhabitants, 25 kilometres southeast of Bratislava, is building a 50-hectare industrial park in several phases for a number of Italian small and medium-sized enterprises that intend to invest around €300 million into the project. When completed, the park should provide work for up to 500 people.

"The first phase covering five hectares could, looking optimistically, be open by October this year," Šamorín mayor Károly Domsitz told the daily SME in May.

According to Domsitz, companies from the northern Italian region of Vicenza have been searching for some time for an area outside Italy in which to expand their activities.

"A year and a half ago representatives from the Vicenza chamber of commerce came up with the idea of creating the industrial park here in Šamorín. Now we're in the position that we have the land available for the first stage of the project," he told The Slovak Spectator.

"We expect that the next stage will follow in a couple of months. It will also be five to six hectares in size," Domsitz added.

One of the main reasons highlighted by Domsitz for the expansion was that two Italian firms already operating in Šamorín want to expand their operations. These have been reported in the local press as Elcon Slovensko and Calaero Slovakia, both in the electronics industry, although no details have been given on any of the other firms involved.

"I already [know about] 13 firms that are interested in the first phases of the project, but it is still too early to talk about concrete names," he said.

In March the Vicenza Industrial Association signed a memorandum of understanding with the Šamorín district, which will host the new park. Association president Valentino Ziche said that the idea was to export the Italian industrial model to a new industrial park in another country.

The reasons behind its choice of Slovakia are varied. Italian deputy minister for foreign trade, Andrea Ursa, on a recent visit to the site said one of the elements attracting Italian investors is the expected introduction of a flat-rate tax from January 2004, although other reasons quoted by the association include access to skilled labour at a fraction of the cost in Italy and low energy costs.

"The initiative is positive for the fact that it allows us to reduce costs, which is a great help to the companies," Andrea Tovo from the association told local Vicenza newspaper Il Giornale di Vicenza.

On an official trip to the country last year, during which he visited a memorial to Italian soldiers who died during a cholera epidemic at a prisoner of war camp in Šamorín, Italian president Carlo Azeglio Ciampi described Slovakia as a "mature and reliable partner".

Other factors leading to the choice of Šamorín to host the park are the empty industrial units currently available there, the town's proximity to rail and road hubs, and the willingness of local authorities to provide land necessary for an expanded industrial area in successive phases.

"Šamorín has been chosen for the position it occupies at the centre of Europe," Tovo added.

Italian investors already established in Slovakia say that the new initiative will also benefit them.

"My company has been working in Bratislava for nine years," Giuseppe Zigliotto from the firm Trafimet, which produces welding accessories, told Il Gioranle di Vicenza.

"I cannot tell you the problems I had in the first years with lack of trust and [excessive] bureaucracy. I invested €50 million then, and the investment is now probably worth €600 million.

"At the beginning I had difficulties obtaining components, and that's why I think that the investment in Šamorín will simplify things remarkably. Moreover, the operation is fundamental to the creation of a bridgehead into the markets of eastern Europe," said Zigliotto.

Economy Minister Robert Nemcsics expects the government to help the park's development, in part by granting exemptions from payments for removing land earmarked for the park from the agricultural stock.

"The state supports the park within the spirit of the law on industrial parks; each of the businesses has the opportunity to apply for support after they have fulfilled given criteria," Nemcsics told the daily SME.

The state is expected to provide funding for up to 70 percent of the basic infrastructure costs for the park. The town itself has provided up to Sk12.3 million (€295,000) for the costs of the first phase of park development.

The Šamorín project is just part of the story of increasing foreign direct investment by Italian companies in Slovakia. In just three years, Italy has risen from the eighth- to the fourth-largest source of FDI in Slovakia (see table below).

By the end of 2001, Italian companies had invested more than Sk24 billion (€580 million) in Slovakia - a figure only exceeded by Germany, Austria, and Holland.