IN HIS six years as the general secretary of the Italian-Slovak Chamber of Commerce in Bratislava, Fabrizio Paoletti has seen remarkable developments in Slovakia's business environment and a boom in Italian investment projects.
Since Paoletti took up his post in 1997, the number of Italian investors in Slovakia has doubled, and between 1999 and 2001, Italy moved from the eighth-largest to the fourth-largest source of foreign direct investment to the country (see table).
While the majority of these have been small and medium-sized enterprises, huge investments, particularly in Slovakia's banking sector, have made Italy in the last few years Slovakia's third-largest trading partner. 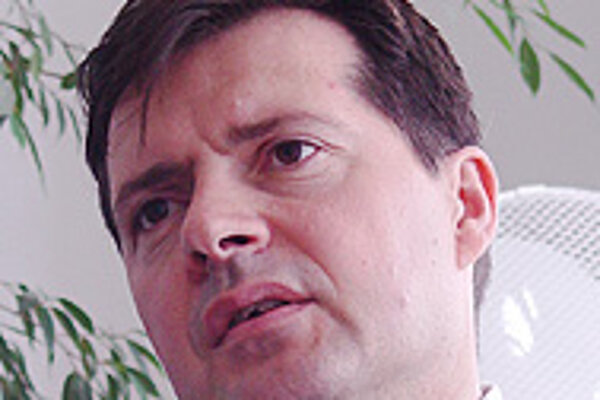 Font size:A-|A+
IN HIS six years as the general secretary of the Italian-Slovak Chamber of Commerce in Bratislava, Fabrizio Paoletti has seen remarkable developments in Slovakia's business environment and a boom in Italian investment projects.

Since Paoletti took up his post in 1997, the number of Italian investors in Slovakia has doubled, and between 1999 and 2001, Italy moved from the eighth-largest to the fourth-largest source of foreign direct investment to the country (see table).

While the majority of these have been small and medium-sized enterprises, huge investments, particularly in Slovakia's banking sector, have made Italy in the last few years Slovakia's third-largest trading partner.

The Slovak Spectator spoke with Paoletti on June 24 about the development of Italian investment in Slovakia, government measures to attract investors, and impediments holding back the creation of new business opportunities.

The Slovak Spectator (TSS): In the six years you have been in Slovakia, how have you seen the development of Italian investment here?

Fabrizio Paoletti (FP): Italy has always been a very important country for Slovakia, especially as far as trade relations go. If we put together the size of imports and exports of Slovakia per country, Italy has over the past few years grown into the third-biggest business partner for Slovakia.

As far as investments of Italian businesses to Slovakia go, I must say that five or six years ago they were quite weak, but now I am very satisfied that in the last few years Italian investment to Slovakia has developed markedly. There is a very strong presence of Italian investors in the banking sector, but also in more traditional industries, such as engineering, shoemaking, textile production, wood, and chemicals.

Another difference is that five years ago, most of the Italian investors were literally micro-companies, but nowadays there are more complex, structural Italian investments setting up in Slovakia. This is important because these kinds of investments are usually well planned and therefore long term.

TSS: While in 2000, the total Italian foreign direct investment to Slovakia stood at $56.1 million, at the end of September last year, Italian FDI was $558 million. Was this dramatic change brought on by huge investments into the Slovak banking sector?

TSS: Most Italian investors in Slovakia are small and medium-sized enterprises (SMEs). Two years ago, you complained that, unlike with large-scale investors, the Slovak government wasn't supporting SMEs with various incentives in order to make their businesses grow. Has the situation changed since then?

FP:Unfortunately not, because in order to qualify for incentives, companies still need to invest huge amounts of money. It is even worse because two years ago investors who had been eligible for incentives received them automatically, whereas under the current legislation, a special committee has to decide whether a given investor will be granted incentives or not.

But on the other hand, the position of Slovakia, in terms of EU membership, security of investment, and stability of the country, is stronger than it was two years ago.

So, this can balance out the lack of incentives for SMEs here, because finding an environment that can help investors build a new company and ensure that the investment will exist for a long period is often even more important than gaining different types of investment incentives.

TSS: Some government officials in the past said that SMEs didn't really need a substantial amount of help, and it was more important to support larger investors, because once they operate their businesses successfully, they prepare the economic environment for the subsequent entry of SMEs as suppliers. Do you agree with this?

FP: I cannot agree. We at the chamber are trying to help SMEs because they simply need more help than larger firms. Let's not forget that the Italian economy is driven by SMEs - they represent 91 percent of the total number of companies in Italy.

It is true that smaller companies need big satellite customers to grow their businesses, but all of these companies should do business in an environment that provides them with equal conditions. That's the story of Italy, for example.

TSS: The new industrial park under construction in the western Slovak town of Šamorín was set up through the cooperation of Slovak municipal officials and Italian SMEs. Does this model provide a more effective way of attracting SMEs and providing government funding than what has been practised in the past?

FP: This is one of the ways that we are trying to develop, but it is not very easy. In this particular case, there is a huge effort to push the project forward, especially on the Italian side.

The Slovak municipalities alone can't manage it. I cannot imagine that Šamorín municipality itself could go to western Europe to promote their region in order to get an investment. This, more or less, still remains the role of the state government.

But in the end, it is all about the interest of investors. If Italian investors had not come to Šamorín and had not liked it there, the project would never have taken place.

TSS: You have just touched upon the promotion of Slovakia by the government as an investment destination, namely through its SARIO investment agency. In an interview for this paper a year ago, you said that SARIO needed to take more practical steps and more care in determining the real interests and concerns of investors. Has anything changed since then?

FP: Something has been done since then, because SARIO has opened some agencies abroad, one of them in Bologna, Italy. I have heard that this agency is working very well. But SARIO has recently changed its director and I have not met the new one yet [Ladislav Balko was appointed to head SARIO in March 2003; he is the agency's sixth boss since 2000 - ed. note].

We had the former director [Artúr Bobovnický] at our meetings several times, and we had developed positive co-operation. I hope that his replacement will continue in the same direction.

TSS: You said earlier that a growing number of Italian investments here are structural, and therefore long-term, but the majority of investors are still SMEs. To what extent does this pose a risk that smaller investors may someday leave for countries to Slovakia's east that are becoming more stable and attractive for investors, just because it is easier for them to pack their bags than for larger investors?

FP: It is a possibility, but I don't believe that this could happen in the near future. The low-cost aspect of doing business in Slovakia is not the only thing investors take into consideration. There are other aspects that are favourable for Italian investors in Slovakia, such as EU integration, economic stability, and the country's geographic proximity to Italy.

According to an Economy Ministry study, which I agree with, wages in Slovakia will not reach the EU average until 2033.

If we look for example at Romania, where wages are lower than in Slovakia, there are about 4,000 Italian businesses located there, but they started moving to the country earlier than to Slovakia. However, investment activities of Italians have recently slowed down in Romania because it is not yet a stable country.

TSS: Except for a lack of incentives for SMEs, do you see any other negative aspects of the investment environment here?

FP: Italian companies in Slovakia are not really facing any significant problems. Italians are producing here with really good results. The attitude of Slovaks towards Italian investors are positive, and Italians tell me that they find Slovak workers very flexible.

In general, what I have seen recently is a lack of opportunities created by the government for investors. In recent months, Slovakia has been focused primarily on EU integration. Probably less time has therefore been dedicated to creating new investment opportunities that this country can offer to foreign companies.