CORRUPTION at entrance exams for Slovak universities seems to be a wide-spread phenomenon, although a vicious circle of personal interests and fear is preventing any real change, insiders say.
"As a foreigner working at universities I can say that bribery is, of course, something ever present, but few people want to talk about it," said John Huckaby, who had been working as an English teacher at Prešov University until last month.
"The most recent story comes from some English faculty members, though not from Prešov. We were talking about one of the actual 'entrance exams' and they said they felt like 'small fish' who are just swimming through the process, because they have to, they fully realised that many of the students accepted are bribing," Huckaby added. 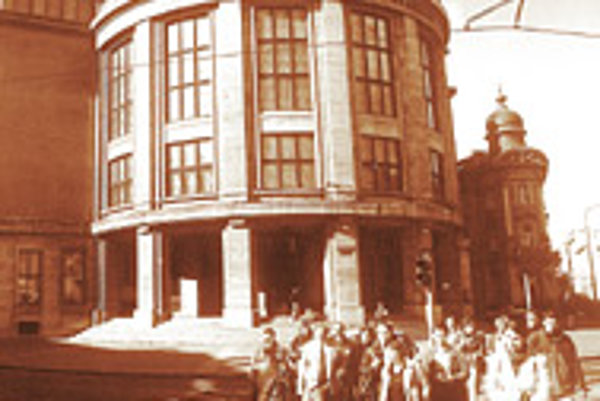 Font size:A-|A+0
CORRUPTION at entrance exams for Slovak universities seems to be a wide-spread phenomenon, although a vicious circle of personal interests and fear is preventing any real change, insiders say.

"As a foreigner working at universities I can say that bribery is, of course, something ever present, but few people want to talk about it," said John Huckaby, who had been working as an English teacher at Prešov University until last month.

"The most recent story comes from some English faculty members, though not from Prešov. We were talking about one of the actual 'entrance exams' and they said they felt like 'small fish' who are just swimming through the process, because they have to, they fully realised that many of the students accepted are bribing," Huckaby added.

Top officials are reluctant to admit knowing about such activities at Slovak universities.

When asked about entrance exam corruption, František Gahér, rector of the Comenius University - Slovakia's oldest and largest - told The Slovak Spectator: "What you are asking me about is criminal activity. If I knew about such activity, I would have to act accordingly."

However, analysts from other universities agree that tampering with results of entrance exams is not rare.

"Unfortunately, the whole [education] system lacks integrity at all levels - at many universities corruption penetrates the process of becoming a full professor or associate professor, corruption is involved even when you defend your master's thesis, there is corruption at individual exams as well," said Andrej Salner, head of the Slovak Governance Institute (SGI), an NGO which is conducting a project aimed at reforming entrance exams.

"It does not necessarily take the form of bribery - there are other forms, equally debased. In some ways, it would be surprising if in this environment, entrance exams actually had integrity," Salner added.

The extent to which illegal manipulation is present at the schools is difficult to determine, experts say.

"It is virtually impossible to find hard data on how widespread corruption is in university entrance examinations," said SGI's Salner.

"There are the so-called perception indices based on public opinion polls, which show that large numbers of people believe there is corruption, but say little about specific cases of corruption. Many universities have cleaned up their act, there is now less room for corruption than there used to be as procedures are a little more transparent," he said. There have been increasing efforts aimed at ensuring a higher degree of transparency not only from universities, but also watchdog organisations.

"We had our monitors in front of around 20 selected schools, where they monitored [the exams] by interviewing people leaving, or waited for students to approach them," said Soňa Šaradinová from the NGO Občianske OKO, which has in the past monitored elections and referenda.

"We reacted to people complaining after the exams [last year] about irregularities and wanted to verify the allegations, but we found nothing wrong. As far as corruption or any obvious cheating is concerned, the students saw nothing of the kind," Šaradinová said.

However, insiders say it is not when the tests are being taken that the tampering occurs. Šaradinová admitted she could not rule out other forms of manipulation of the results.

On condition of anonymity, an insider from one of Slovakia's universities told The Slovak Spectator how selected students are being 'helped' by university staff.

"There are various ways. It can begin with some teachers 'coaching' students in advance, even disclosing the actual examination papers to them," he said.

"At some universities the oral exams open several avenues for corrupt conduct," the teacher continued, pointing out the absence of objective criteria.

Finally, if all other tricks fail, top university officials still have the last word on who gets in.

"After the exams the dean has a certain flexibility about who gets admitted or not. Each September students come who were not at the entrance exams, or even people who failed them," the teacher said.

The excessive power of the faculty bosses opens the door to possible manipulation, analysts agree.

"The law leaves the final decision to the dean. The university rector can review the decision on appeal, but if he upholds the original decision, there is no other feasible legal recourse," said Salner.

Other interests may come into play as well. Deans are elected by university staff and, off the record, insiders readily admit that once in office, deans remember to 'reward' their supporters.

When asked about the reluctance of teachers to talk about corruption the interviewed teacher said: "Their jobs are on the line. It's as simple as that."

Experts agree that the threat of losing one's job in case of pointing the finger at a superior is indeed very real.

"I know of a teacher at an university in western Slovakia, who made too much noise and almost got fired. In an environment like that, people either profit from corruption or pretend not to know about it just to be able to do their academic work in peace," said Salner.

Salner said it is a sad thing that many hardworking, serious academics get a bad reputation thanks to their corrupt colleagues.

Without the testimonies of insiders, any wrongdoing may be extremely difficult to prove.

"It will be very hard to get any evidence from someone who gave an envelope full of money, as both sides involved will deny anything ever happened. It is a crazy cycle that is next to impossible to trace and equally as difficult to eradicate," said English teacher Huckaby, who added that the only way to get rid of corruption is to wait for the old generation to "die-out".

Salner agreed that as long as people are willing to give bribes, it would be impossible to effectively tackle the problem. However, instead of waiting for new people to come in to replace the old, he suggested the system be changed to remove the parents' reason to pay their children's way into university.

"The main cause of corruption lies in the excess demand for free university study provided by the state. The key is to open up the educational market - once universities compete for students and not vice versa, there will be very little reason to bribe," he said.