THE GOVERNMENT's refusal to publicise the terms of its agreement with PSA Peugeot Citroen (PSA) has resulted in legal proceedings against the administration. The NGO Centre for Environmental Public Advocacy (CEPA) has accused the Economy Ministry of withholding information and claims the deal may contradict OECD regulations.
Carmaker PSA announced in January of this year that it will be building a new €700 million production facility in the western Slovak town of Trnava. Once the plant comes online, scheduled for 2006, it will employ 3,500 people directly and create up to 6,000 indirect jobs, according to the state-run investment agency SARIO. 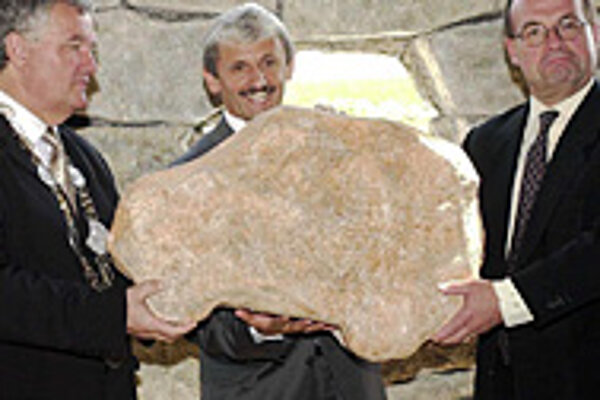 Font size:A-|A+0
THE GOVERNMENT's refusal to publicise the terms of its agreement with PSA Peugeot Citroen (PSA) has resulted in legal proceedings against the administration. The NGO Centre for Environmental Public Advocacy (CEPA) has accused the Economy Ministry of withholding information and claims the deal may contradict OECD regulations.

Carmaker PSA announced in January of this year that it will be building a new €700 million production facility in the western Slovak town of Trnava. Once the plant comes online, scheduled for 2006, it will employ 3,500 people directly and create up to 6,000 indirect jobs, according to the state-run investment agency SARIO.

CEPA has filed a lawsuit at the Supreme Court for violation of the law on free access to information against the Economy Ministry, which has refused to reveal the contents of the agreement between the state, the city of Trnava and PSA, according to a CEPA statement.

Critics say it is impossible to determine what the motivation is behind the ministry's actions.

"It's difficult to say what their interest is [in concealing the agreement]. We feel that the agreement should have been published, because it contains obligations of the state and those cannot be confidential," said Roman Havlíček, CEPA expert on foreign investment.

"There could be several reasons why the ministry refuses to publicise the agreement. One of them can be that the state has agreed to things it does not want to admit," he added.

However, the ministry has a different explanation for why the contract is being kept secret and denies any violations of law.

According to a statement provided by Dagmar Hlavatá, spokesperson with the Economy Ministry, parties to the contract agreed it would remain confidential, as its disclosure could have a negative impact on the business interests of the state and the investor.

"We would like to note that, in connection with CEPA's request, the ministry asked the contractual partners whether they agree with the disclosure of the agreement and both expressed their disagreement," reads the statement.

"In this agreement, there is inside information of a technical, manufacturing, and trading nature that could be of use to potential competitors and that is not typically made publicly available to the automotive industry. For this reason, to ensure the success of the venture for the benefit of all parties involved and to preserve a competitive marketplace, we have asked for this information to be kept confidential," Hugues Dufour, head of the PSA press relations department told The Slovak Spectator.

The ministry argues that it has no right to break the deal, as the law on free access to information says that the confidentiality of commercial documents can only be violated in cases involving the use of state property and public finances, or in cases when it may affect the environment or public health.

Since the public has already been informed about the total amount of public finances that will go into the project, the state has no obligation to make further details known, says the ministry statement.

Economy Minister Robert Nemcsics said at a press conference in January that the government will spend Sk6 billion (€144 million) on the project.

"Some obligations of the Slovak government which have surfaced indicate that if the government is to meet the requirements of the investor it either has to break the current law or the parliament has to change the legislation in the field," reads the CEPA statement.

Among the documents that have led CEPA to its conclusion is a draft amendment to the law on investment incentives.

The Economy Ministry has drawn-up the draft, first released on June 24, with the aim of enabling "the provision of individual state aid for ... strategic investors in the form of direct state aid - subsidies, donations or grants from the state budget, [intended] for the purchase of tangible and intangible assets", according to the ministry's position paper on the draft.

The position paper lists PSA as the only expected recipient of such aid in 2004 and the document makes no mention of any company other than PSA, in whose interest the amendment would be.

From some parts of the position paper it appears obvious that the legislative change needs to be passed so that the state can stick to the commitments it made to PSA.

"With regard to the government's obligations arising from the agreement on investment collaboration between Slovakia, Trnava, and PSA, the draft is being submitted to shorten legislative proceedings," reads the final sentence of the document.

"If supranational corporations can influence the Slovak legal system, then the public has to have a right to know what the government has agreed to in deals concluded with them," added Havlíček.

CEPA claims the proposal to change Slovak law because of one investor alone contradicts OECD legislation.

"As far as OECD is concerned we have not yet filed a submission, but we are getting it ready. OECD regulations say that supranational corporations should not demand exceptions which are not included in existing Slovak legislation," said Havlíček.

The OECD Guidelines for Multinational Enterprises say that these companies are to "refrain from seeking or accepting exemptions not contemplated in the statutory or regulatory framework related to environmental, health, safety, labour, taxation, financial incentives, or other issues".

Economy Ministry officials point out the fact that neither corporations nor states are obliged to follow the regulation.

"The OECD guidelines are not binding," said Alexandra Valachová, general director of the business relations and consumer protection section at the ministry.

"The recommendation on not seeking regulatory exemptions was a revolutionary one. The intention behind it was to ask companies not to take advantage of their own power or the possibility to influence political decisions in host societies for their own benefit," explained Gordon.

"I think it's also fair to say that this recommendation needs to be explored. So it sounds like in [this instance] we will be exploring the question of when is it reasonable to take on a regulatory exemption and when it is not," she said.

PSA do not think the company has in the given case violated any rules.

"There is no reason to say that the OECD guidelines have not been respected in Slovakia by PSA," said Dufour, who again stressed the contribution of the investment for the region.

Gordon said that anyone wishing to file a complaint that the guidelines have been violated should approach the country's National Contact Point for OECD Guidelines on Multinational Enterprises (NCP).

Representatives of the Slovak NCP say they see no violation of OECD regulation in the PSA case.

"As far as the passing of legislation goes, it is a purely political issue, a part of the democratic process and I insist that it's not a violation of the guidelines," said Andrea Arádyová, NCP coordinator in Bratislava.

Experts admit the Slovak NCP, set up at and part of the Economy Ministry, may be in an awkward position when dealing with cases involving the state.

"If the government is closely involved with [the NCP], then it may be difficult to get an objective point of view," said Gordon, adding that "it's always possible that government will be in a conflict of interest in considering issues that have been brought to it".