A castle for the price of a soul

"I WANT to build a castle up on that hill, and live there until my very last breath," the old lord, named Ľubovenský, told his sons, when he saw the hill rising above the town now known as Stará Ľubovňa.
His sons immediately started building the castle. By the evening, the basement was laid. However, when they woke up next morning, their work was destroyed. So, they started the work all over again. Next morning was the same. The old lord found out that a sorceress who lived in a nearby cave was causing the trouble. He went to ask her to let him finish the castle, so that he could live there. 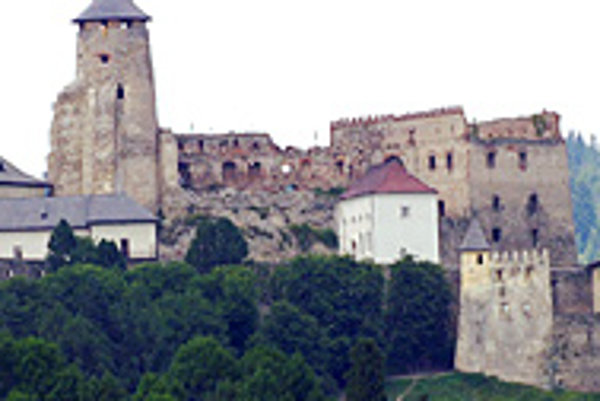 Font size:A-|A+
"I WANT to build a castle up on that hill, and live there until my very last breath," the old lord, named Ľubovenský, told his sons, when he saw the hill rising above the town now known as Stará Ľubovňa.

His sons immediately started building the castle. By the evening, the basement was laid. However, when they woke up next morning, their work was destroyed. So, they started the work all over again. Next morning was the same. The old lord found out that a sorceress who lived in a nearby cave was causing the trouble. He went to ask her to let him finish the castle, so that he could live there. She agreed under the condition that he sold his soul to her. He did it on the spot.

The following morning, the castle stood on the hill. Ľubovenský and his sons moved in. However, after a while the old lord started to feel remorse for promising to sell his soul. He decided to go to a nearby monastery to ask for forgiveness. It was granted, and he stayed there. When the sorceress found out, she wanted to take revenge by destroying the castle. But as soon as she was about to throw a massive rock on it, the monastery's bells chimed and she lost her power.

According to historians this castle dominating the north of the Spiš region was built in the 13th century. The fortress was built as a part of the defensive system protecting the northern border of the Austro-Hungarian empire with Poland. Most probably, the castle was built by Earl Boleslav, son-in-law of the Hungarian King Béla IV.

At the beginning of the 14th century, the castle became the property of Matúš Čák Trenčiansky (Maté Csák), the most influential aristocrat of the Habsburg empire, also called the Lord of the Váh river and the Tatras mountains. He ruled over the majority of what is modern Slovakia's territory, but died without a heir.

In the spring of 1412, the King Sigismond of Luxembourg pledged the castle together with 16 Spiš towns to the Polish King Vladislav Jagiell II for 37,000 Prague groschen, which he needed to finance his campaigns. For the next 360 years, the castle remained the property of Polish custodians. The Polish nobility even housed its crown jewels there for some years.

During those times, Ľubovňa Castle was rebuilt into a large Renaissance fortress. In 1772, the castle returned to the ownership of Habsburg rulers. But its significance began to decline. Its last owner was the Zámoyski family, which kept it until 1945, when it was nationalised by the communists.

Since 1960, reconstruction and archeological research have been taking place at the castle. In 1966, it became part of the Ľubovňa Museum. It has expositions featuring the castle's history, customs and period furniture.

From the castle descend to the open-air museum situated right under the fortress. The open-air museum grounds feature the traditional dwellings and typical architectureof the region, such as the wooden Greek-Orthodox Catholic Church of St Michael, a characteristic house of the village magistrate, and a school furnished in the style of the beginning of the 20th century.

Within the museum's area, visit the newly open restaurant U Grófky Isabelly (At the Countess Isabelle), named after the wife of the castle's last owner Ján Zamoyski. The restaurant, furnished in the romantic style, is located in a reconstructed forester's lodge. Open daily 10:00-22:00. Tel: 0905/580-599.

Finish the day at a thermal swimming pool in the Tatra spa town of Vyšné Ružbachy (12 kilometres west of Stará Ľubovňa).

Folk groups from three regions - Liptov, Spiš and Horehronie - gather under the hill of Kráľova Hoľa to perform music and dances typical for the individual locations. On Saturday, August 2, groups will perform in the streets of the village of Liptovská Teplička. On Sunday, the groups will meet at the village's main square at 13:00 and form a lively parade that will move to the local amphitheatre, where the festival programme starts at 14:00.

A herbarium with more than 270 kinds of plants put together by Brother Cyprián, a monk who was a faith healer and botanist living in the 18th century, can be found in the house of another monk of the same name, Father Cyprián. The house, which served as a pharmacy and today is a museum, is located within the grounds of the Červený Kláštor monastery.

Ľubovňa Castle looks out over a region that is rich with national parks. West of the fortress spread the Belianske Tatry mountains, part of the High Tatras National Park, and Pieniny, which is the smallest national park in Slovakia. These are the most frequented paths leading through the parks' publicly accessible areas:

From the town of Červený Kláštor float down the river on a typical wooden raft (plť), originally made of several tree trunks tied together. The 11-kilometre long cruise on the Dunajec riverends in Lesnica. To return back to Červený Kláštor, take the blue route, an approximately 90-minute hike through the woods.

If floating down the river does not appeal, you can follow the red trail from the Červený Kláštor camping area down to Lesnica. The easy trail, with interesting rock formations along some parts, follows the route of the Dunajec river.

Take the green trail from the Tatra Hotel in the village of Ždiar (20 kilometres from Kežmarok) leading through the Monkova dolina valleyup to the Kopské sedlo (saddleback), which is 1,750 metres above sea level. Change for the blue trail there, and continue through the valley of Kežmarská Biela Voda, descending to the village of Tatranské Matliare. The hike is of moderate difficultly, around seven and a half hours.