A POLICE investigation into the past of parliamentary deputy speaker Pavol Rusko, head of the coalition New Citizen's Alliance (ANO) party, has further deepened the crisis within the ruling coalition, driving partners to unprecedented mutual accusations.
Rusko, who founded ANO in the spring of 2001, is a former co-owner and director of private TV Markíza, but left his position as head of the country's most influential TV channel to pursue a career in politics.
Now, however, Rusko has been accused of extortion by failed tycoon František Mojžiš, former owner of the defunct unlicensed deposit company Bonifikačný Drukos Výnos, which collapsed in spring 2002 along with several other similar pyramid funds. 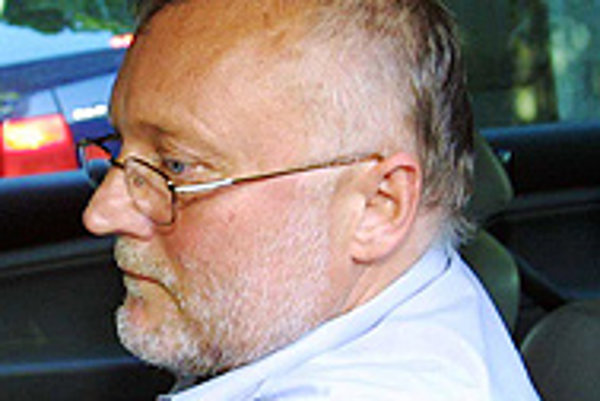 Font size:A-|A+
A POLICE investigation into the past of parliamentary deputy speaker Pavol Rusko, head of the coalition New Citizen's Alliance (ANO) party, has further deepened the crisis within the ruling coalition, driving partners to unprecedented mutual accusations.

Rusko, who founded ANO in the spring of 2001, is a former co-owner and director of private TV Markíza, but left his position as head of the country's most influential TV channel to pursue a career in politics.

Now, however, Rusko has been accused of extortion by failed tycoon František Mojžiš, former owner of the defunct unlicensed deposit company Bonifikačný Drukos Výnos, which collapsed in spring 2002 along with several other similar pyramid funds.

Mojžiš claims that Rusko, while still in control of Markíza, blackmailed him by threatening to destroy the image of his company using his media power. Mojžiš claims Rusko forced him to provide cash and services to his companies and political party.

"Rusko has committed not one, but several crimes - there are documents to prove it," said Mojžiš after he testified before investigators from the department of serious crimes on July 24, according to the SITA wire agency.

The July 24 hearing also included a confrontation between the alleged victim and the alleged perpetrator. The course of that meeting, in Mojžiš's opinion, showed that Rusko has much to hide.

"When the investigator asked whether he is willing to undergo a lie-detector test, Rusko said he has to consult a lawyer. That shows who is telling the truth and who is not," he said. Mojžiš himself claims to be prepared for the testing.

Rusko described the confrontation as "a festival of unheard-of lies, semi-truths and fabrications by Mojžiš", whose statements he called "sick from top to bottom", according to SITA.

Since the story surfaced earlier this year, however, the police have been reluctant to provide any information about the investigation to the press. The most recent events have not been an exception.

Mojžiš arrived at the hearing armed and accompanied by guards.

He says he has been under "state protection" since he first testified against Rusko, but has turned down the status of a protected witness, which would give him immunity if he himself is indicted in cases related to his past business activities, according to the state-run TASR news agency.

Mojžiš first talked to the police in February and publicly spoke out against Rusko in March of this year. In an interview with the weekly Plus Sedem Dní (PSD), he accused Rusko of blackmail.

According to Mojžiš, Rusko demanded cash and services for his companies and his political party.

"Rusko and his colleagues take advantage of one thing - [they] have a strong television presence and so [they] can force a potential partner to collaborate," Mojžiš said.

"You had to do certain things if you wanted to survive," said Mojžiš.

The unlicensed Drukos fund collapsed in March 2002, as panicked depositors rushed to try and withdraw savings after several similar funds were forced to close down in the preceding weeks.

According to press reports, more than 40,000 people had invested their savings in Drukos, and its collapse cost depositers an estimated Sk4 billion (€95 million).

Although Mojžiš was investigated for fraud, all charges against him were dropped in April 2002. Managers involved in other failed pyramid funds, including Alexander Fruni, Jozef Majský and Patrik Pachinger, are currently in police custody awaiting prosecution for fraud and organising a criminal group.

Rusko allegedly blackmailed the Drukos boss before the fund got into problems. In the interview with PSD, Mojžiš said Rusko indicated to him that Markíza could destroy his company by showing images of queues forming outside branches of Drukos.

These images would imply the fund is unable to pay out promised returns on deposits, at times nearly 40 percent. If shown, the images could have caused a panic similar to that which eventually forced the fund to close.

Numerous factors indicate that TV Markíza was in a position to effectively attack Drukos.

The success of Drukos was highly dependant on the trust of investors and their deposits. According to the ACNielsen agency, in 2000 Drukos ranked third on the list of top advertising purchasers in Slovakia, with their ad expenses reaching Sk275.5 million (€6,6 million) for the year.

Rusko was Markíza boss from the time the TV station was launched in 1995 until the year 2000. However, he remained the head of the station's council of owners until 2002.

Throughout this period Markíza retained great influence in Slovakia. A report of global TV ratings for 2001 done by French research agency Mediametrie, released in 2002, stated that Markíza is among four stations in the world that have ratings exceeding 50 percent of their domestic market.

The report for 2001 showed that Markíza's main evening news, with a rating of 53.3 percent, is the world's second most-watched programme, in terms of local market share.

Rusko, however, has repeatedly questioned Mojžiš's motives for bringing the case to light now, long after the alleged blackmailing is said to have taken place.

"Why did Mojžiš suddenly remember after one and a half years that I blackmailed him? If he is such an exemplary citizen, why wasn't he concerned that a blackmailer is getting into politics? Why didn't he warn the public before [last September's parliamentary] elections?," asked Rusko in an interview with Slovak Radio in March.

"I really don't think it's normal that something like this happens just because Mojžiš suddenly decided. It looks more like well thought-out, pointed testimony, which is clearly intended to discredit [me] and create conditions for the criminal prosecutions of inconvenient persons," he added.

Mojžiš said that only now have investigators become free to do their jobs without interference from their political masters. In addition, he said seeing Rusko in power was among the reasons for speaking out.

"My decision was evolving for a longer period, but the specific impulse came when I watched a television debate between Rusko and [Interior Minister Vladimír] Palko, where I didn't see two competing individuals, but a fight between elementary good and elementary evil. For me, Rusko represented elementary evil," said Mojžiš in the PSD interview.

When Mojžiš came out with his version of the story, Rusko reacted by filing criminal charges against Mojžiš for defamation and false accusation with the office of the special prosecutor.

On July 28 Rusko also asked the special prosecutor's office to take over the investigation of Mojžiš's allegations against him from the department of especially serious crimes headed by Stanislav Šátek, which is dealing with it now, claiming that the department is out to get him.

"Mojžiš has hooked up with state bodies against politically inconvenient persons," said Rusko for TV Markíza, adding that the special prosecutor is now also investigating persons from within the Interior Ministry for the abuse of state authority.

The Interior Ministry is headed by Vladimír Palko, vice-chairman of the Christian Democratic party (KDH).

The given case is not the first in which Rusko has accused Palko of conspiring against him. After Rusko received an illegally made recording of his phone conversation with a journalist from the daily SME in January of this year, Rusko said people from the Interior Ministry tapped his phone and asked for Palko's resignation.

A later investigation cleared the ministry of any suspicions.

However, the KDH remains involved in other disputes with Rusko's ANO, among them the battle over abortions. Rusko says the KDH is using Mojžiš to put pressure on him. According to Rusko, there is evidence that Mojžiš has close ties with the KDH.

The ANO leader said Mojžiš gave the Christian Democrats Sk10 million (€240,000), which the KDH used to purchase the building where it resides.

KDH representatives have denied accepting money from Mojžiš and plan to undertake legal action against their coalition partner.

"The KDH will file suit against Rusko for his statements today," said KDH spokesperson Laura Dyttertová on July 28.

Never before has a coalition party taken such legal action against the boss of another coalition member.