No relief as drought losses mount

ALTHOUGH Slovakia is among the first accession countries to send a rural development plan to Brussels, paving the way for over €350 million in EU agricultural funds after joining the union next year, many Slovak farmers are afraid their businesses may not survive that long.
Slovak agriculture officials say that this year's drought across central Europe will cost the sector Sk1.5 billion (€36 million) in lost harvests and another Sk1 billion (€24 million) due to lower-quality cereal crops. Farm labourers say the sector is facing its worst crisis in 13 years. 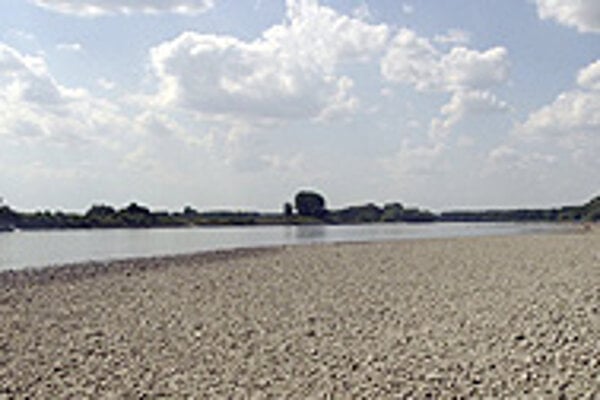 Font size:A-|A+
ALTHOUGH Slovakia is among the first accession countries to send a rural development plan to Brussels, paving the way for over €350 million in EU agricultural funds after joining the union next year, many Slovak farmers are afraid their businesses may not survive that long.

Slovak agriculture officials say that this year's drought across central Europe will cost the sector Sk1.5 billion (€36 million) in lost harvests and another Sk1 billion (€24 million) due to lower-quality cereal crops. Farm labourers say the sector is facing its worst crisis in 13 years.

"Without any exaggeration, it is possible to say that the state of the agricultural sector is so serious that it requires an exceptional solution," said Marián Záhumenský, director of Agrocontract Mikuláš in the southern Slovak town of Nové Zámky, to the Roľnícké noviny agricultural journal in late July.

"If the government cannot find sufficient resources for this assistance, many [agricultural] businesses will simply collapse and will not be able to plant next year's harvest," said Záhumenský.

Agriculture Minister Zsolt Simon says his ministry is already working on the problem, and would like to meet individually with every Slovak agricultural enterprise to assess drought damages and determine what, if any, aid will be offered by the state.

"The ministry is working on materials on the complex impacts [of the drought] on individual businesses. We are preparing proposals for a number of alternative solutions," said Simon in an interview with private radio station Twist.

Simon also said, however, that a final decision is unlikely before September, as the government is on holiday and ministry officials will need time to visit farms and prepare their findings.

"It is necessary to analyse 4,464 [agricultural business] subjects, in addition to which the ministry has to carry out a great number of responsibilities related to the EU, related to the government and the functioning of the sector," said Simon.

"It is beyond the power of the ministry to do this work in a week or two," he added.

Farmers, however, counter that September will be too late for the many of them who are unable to pay costs for taking in the current harvest, and may not be able to afford new plantings. They have also become increasingly critical of the government for putting off action until after parliament's summer recess.

"We are not able to take in the harvest without help from the state above the level in the Agriculture Ministry's budget chapter," said Ivan Oravec, head of the Slovak Agriculture and Food Chamber (SPPK), to state television STV in late July.

"The government doesn't convene until around August 20, and [an agricultural aid package] has to be prepared very quickly. Surrounding countries have already decided on this because they know the aid is necessary at the time the harvest comes in. Hungary has decided, and the Czech Republic is half-way to deciding," said Oravec.

While some of Slovakia's regions have been less affected by the drought than others, those worst hit say government delays could kill their businesses.

"It is the end of July, and by the end of August these funds should be here," said Marián Sabolčák, head of the RPPK regional agriculture chamber in east Slovakia's Košice, to eastern regional Rádio Východ.

"But I'm afraid they won't be, and if they're not, a lot of businesses will not be able to do their work on time or even at all, because if they don't sow, there won't be anything to reap," he said.

Drought is not the only issue facing Slovakia's farms, however. Investments in technology required to meet EU standards have raised costs for farmers in recent years, while prices for some crops and food products have stagnated.

According to the head of the parliamentary agriculture committee, opposition Movement for a Democratic Slovakia (HZDS) deputy Miroslav Maxon, the effects of the drought combined with government austerity measures, tax reform, and low prices for agricultural commodities on world markets could cost the sector losses of up to Sk5 billion (€119 million) this year.

"If we count these things together, it is absolutely clear that farmers cannot solve this problem by themselves. The only solution, I think, is to reopen the budget law and solve the problem through budget resources," said Maxon to state-run STV.

The leader of opposition party Smer, Robert Fico, has also called on the government to help rescue farmers by reopening the state budget if discretionary funds cannot be found.

"The state cannot desert people at such a critical time, and the farmers are right [in seeking government assistance]," said Fico to Roľnícke noviny.

While farmers would most welcome a cash bailout, the government could take other measures to relieve drought burdens and ensure endangered farms will survive to see EU agricultural benefits from next year.

"Other than direct financial transfers, [aid from the state] could include delaying for a year the new law [which raises] excise taxes on mineral oils, lowering rent payments on state land and land with unknown ownership currently in the Slovak Land Fund, and other relief measures," said Záhumenský.

With farmers across the country growing increasingly desperate, Simon says the ministry will have its proposals ready for government debate when the legislature reconvenes in late August.

"In the end the decision must be taken by the government, where I think there will be enough space for everyone to convey their positions on the [agriculture] sector as a whole and on [developing] the countryside," said Simon.