IN A MOVE aimed at preserving ruling coalition unity, Slovak President Rudolf Schuster rejected a controversial abortion law, despite agreeing with its content.
On July 23 Schuster vetoed a recently passed law on abortions that, if approved, was threatening to lead to a collapse of the ruling coalition. The president asked legislators not to try to overrule his veto until the Constitutional Court issues its ruling on existing abortion legislation. 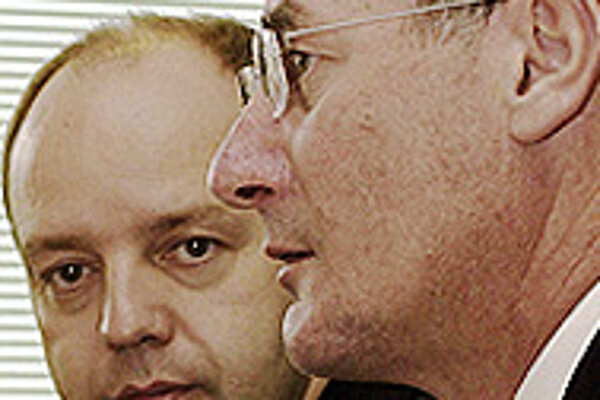 On July 23 Schuster vetoed a recently passed law on abortions that, if approved, was threatening to lead to a collapse of the ruling coalition. The president asked legislators not to try to overrule his veto until the Constitutional Court issues its ruling on existing abortion legislation.

The new abortion law proposed by the cabinet's liberal New Citizen's Alliance party (ANO) and supported mainly by ANO and the opposition.

MPs created an immediate problem for the coalition.

The cabinet's conservative Christian Democrats (KDH) blamed ANO for breaking the coalition agreement that requires all major laws to be proposed, and possibly passed, with the agreement of coalition partners, rather than by uniting with the opposition.

When the law was passed, the KDH said that the moment the law took effect, the party would appeal to Prime Minister Mikuláš Dzurinda to recall all ANO ministers from the cabinet. If not, the KDH would leave the ruling coalition, KDH representatives said.

At a press conference on July 23 KDH chairman Pavol Hrušovský, who also serves as speaker of the Slovak parliament and whose party wanted the law rejected, said that Schuster made a "double-faced" decision.

He also added that his party would do its best to prevent parliament from overruling the presidential veto and if the law goes through again, he would not sign it. In a formal procedure, the speaker of parliament signs all laws passed by legislators.

Hrušovský already refused to sign the abortion law when it was first passed on July 3, and a parliamentary deputy speaker had to sign the legislation.

"We will do everything so that the law is not passed. We will mainly try to convince our coalition partners [not to support the law]," Hrušovský said.

The law would allow abortions in cases of serious genetic defect to be carried out before the 24th week of pregnancy. At the moment this is only permitted by a health ministry guideline that is currently being challenged in the Constitutional Court by a group consisting mainly of KDH MPs.

Speaking on behalf of the president, spokesman Ján Füle admitted that what influenced the president in making his decision was the possibility that the law's implementation could destabilise the ruling coalition and perhaps even lead to the fall of the cabinet.

In an interview with the Slovak daily Pravda, Schuster said he thought his decision "provided the coalition and opposition parties with time for negotiating a cultivated solution".

ANO boss Pavol Rusko, however, insisted that his party was again going to support the law in parliament. Several opposition politicians have confirmed they would also back the law.

To pass a returned law an absolute majority of 76 of the 150 MPs must vote in favour of the legislation. In the first vote only 70 MPs backed the law.

It remains unclear, however, whether the Constitutional Court will make a decision on the guideline before the MPs vote to overturn the veto.

The court is expected to meet on September 4 but it is not certain that that meeting will produce a final ruling. It is also not known when in September the parliament will discuss the law again.

Despite the fact that questions remain over the future of the law, several observers agree that Schuster made an "unusual but rational decision".

"With the decision to return the law, the president postponed a clash between liberals and conservatives. If he signed the law, the coalition would have an intense problem," said Grigorij Mesežnikov, head of the institute for Public Affairs.

Füle, meanwhile, rejected claims that Schuster's veto was a signal that he was considering another run for the presidency. Presidential elections in Slovakia are due to be held next year, but Schuster refuses to confirm or deny his possible candidacy.

"Surveys show that 60 percent of the people support the abortion law. If the president had been thinking along these lines, he would sign the law," Füle said.

While pro-choice groups and politicians who voted in favour of the law hope that enough MPs support the legislation in a repeated vote, Church officials, on the other hand, said the president's decision was a sign that the law would not pass.

"I think the matter will end up well," said František Tondra, head of the Slovak Conference of Bishops (KBS). But analyst Mesežnikov was not sure about the law's outlook.

"In any case, the Constitutional Court ruling will help clarify the situation. If it ruled the guideline invalid, the cabinet parties would be able to act in line with the new situation and it would be more difficult for the KDH to insist on their request [to have ANO ministers removed from the cabinet] over the law," he said.