PRIME Minister Mikuláš Dzurinda has lashed out at an article published in British spy journal Jane's Intelligence Digest (JID) on the operations of the Slovak Intelligence Service (SIS) claiming that even after changing directors, the SIS still seems to continue operating as an organisation without any democratic accountability.
The JID article also claimed that the new director of the SIS, Ladislav Pittner, often hires older people who used to work with the communist secret police (ŠtB). 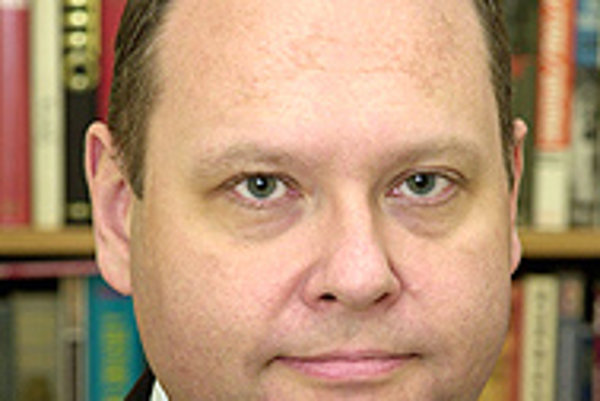 Font size:A-|A+
PRIME Minister Mikuláš Dzurinda has lashed out at an article published in British spy journal Jane's Intelligence Digest (JID) on the operations of the Slovak Intelligence Service (SIS) claiming that even after changing directors, the SIS still seems to continue operating as an organisation without any democratic accountability.

The JID article also claimed that the new director of the SIS, Ladislav Pittner, often hires older people who used to work with the communist secret police (ŠtB).

Spy boss Pittner refused to comment on the article while SIS spokesman Vladimír Šimko said it was "a pack of lies and half-truths" and an attempt to discredit the secret service. The SIS office said it was apparent that the JID correspondent had flawed knowledge about Slovakia and the SIS.

In an interview with The Slovak Spectator, JID editor Alex Standish defended the journalistic practices of his publication against allegations made by Dzurinda that the SIS articles had been produced by former members of the ŠtB.

"Whoever makes such a suggestion should really read the article and see how foolish this allegation is," Standish said. The JID's record of activities, he pointed out, makes such a claim seem bizarre.

The SIS has stated that it will bring a civil suit against the publisher for allegations in the articles, although Standish has received no notification of any such lawsuit. He pointed out that throughout its 65-year existence the magazine has never lost in court.

Standish said he has confidence in his magazine's correspondents and stresses that they are very careful about how they use the information that they gather.

He believes that recent problems within the SIS affect the volume of classified information that NATO might share with Slovak authorities because some SIS officials may be vulnerable to blackmail and thus are not fit to hold positions of responsibility.

"Networks which existed between Moscow and the Warsaw Pact countries are being systematically reactivated. All those individuals who have cooperated with Moscow will have files on them, maintained by the successors of the KGB. These people are vulnerable; they can be manipulated, even if they themselves are not necessarily disposed to work against the interests of their native country. They could be potential security risks for the SIS. That is why we feel very strongly that anyone who had any connection with the Soviet secret service is not fit to be working within NATO," Standish added.

Standish is optimistic that, because of articles like the one that appeared in the JID, the government will look more closely at the histories of potential SIS personnel before bringing them on board.

He believes that professional intelligence service people should not get involved with party political matters. To him, Pittner does not seem to be such a person.

"There are concerns about some of the things he has done. Now we look at the sort of people he has chosen to recruit for duties within the intelligence service. Some of them have extremely questionable backgrounds. This raises the question of whether Pittner himself understands the importance of having a politically clean intelligence service that is not in any way associated with the past," Alex Standish concluded.

The reputation of the SIS had already received a blow from the JID in February 2003. In its February piece, the JID wrote that the SIS was using its "electronic surveillance system" to monitor opponents' activities, including leading politicians.

The SIS argued that someone who had intentionally fed the author of the articles with biased information was trying to drag the intelligence service of the country, which expects to join NATO soon, into intelligence games.

Former spy boss Vladimír Mitro paid with his position in April 2003 following tensions around the SIS that the JID piece contributed to. At that time the JID even suggested that Mitro might have information discrediting the Prime Minister, regarding accusations that his party, the Slovak Democratic and Christian Union, had received considerable funding from businessman Gabriel Palacka. However, the JID wrongly referred to Palacka as transportation minister in Vladimír Mečiar's government. Palacka was the transportation minister of the first Dzurinda cabinet, who resigned due to corruption suspicions.

Dzurinda met Prosecutor General Milan Hanzel on August 12 over his recent statements on criminal groups trying to harm the country's reputation. However, Hazel rushed to explain to the media that the meeting was not an examination and that "there was no mention of evidence".

Dzurinda said that he provided the prosecution with further information on his suspicion that the JID pieces had been produced by failed SIS officials and former members of the communist secret police (ŠtB) who had been fired.

"I make no secret [of the fact] that for a longer period of time a group has been functioning here that has a shared interest in such scandals," Dzurinda told journalists.