The fort of pride and beauty

ONE of the most beautiful and well preserved Slovak castles, Krásna Hôrka, is located in south central Slovakia's Gemer region. It was built in the 13th century to protect the road leading into the rich mining areas of the nearby Slovenské Rudohorie mountain range.
The Hungarian King Béla IV presented the region where the castle stands to the family of Bebek as a reward for their heroic deeds in the battle against the Tartars. The Bebeks reconstructed and fortified the original stone fort that had stood there before. 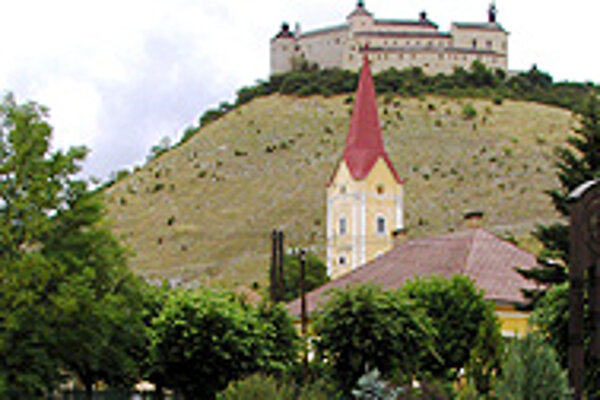 Font size:A-|A+
ONE of the most beautiful and well preserved Slovak castles, Krásna Hôrka, is located in south central Slovakia's Gemer region. It was built in the 13th century to protect the road leading into the rich mining areas of the nearby Slovenské Rudohorie mountain range.

The Hungarian King Béla IV presented the region where the castle stands to the family of Bebek as a reward for their heroic deeds in the battle against the Tartars. The Bebeks reconstructed and fortified the original stone fort that had stood there before. But according to local legend, the family acquired the region another way.

At the top of the hill where the castle stands, a shepherd named Bebek used to watch his sheep. One day, as he was driving them to pasture, he stumbled over a rock. He furiously threw it away. And underneath, in the place where the stone had been found, he discovered a pot full of golden ducats. He picked up the pot as well as the stone and went home. He gave the stone to his children to play with, as it was shining nicely.

One day a merchant was passing by. He saw the children playing with the rock, which in fact was a precious stone, and wanted to buy it. He offered 100 golden ducats to the surprised shepherd. But the shepherd quickly guessed that the stone might be of a much higher value and refused to sell it. Instead, he gave it to the king.

"I will give you whatever you want," the king said. The shepherd asked for the grounds, on which he could build seven huts. He was granted the land, but with the money he found, he instead built seven castles. Krásna Hôrka was among them.

The family of Bebeks owned the castle for more than three centuries. František Bebek even founded a coin factory there, where he produced counterfeit ducats made of bells stolen from local settlements. One of his accomplices later murdered him.

In the 17th century, the castle was owned by the Andrássys, under whom it received a splendid Renaissance look. In 1847, lighting struck the castle, burning part of it down. Despite the damage, the Andrássys decided to keep it, and turned the castle into a family museum.

The main initiators of the museum, György Andrássy and his son, had managed to gather a large collection of historical weapons, including cannons, and created one of the most unique expositions in Europe. The museum was opened to the public in 1867 as one of the oldest castle expositions in the country.

The Andrássys owned the castle until 1945, when the communists nationalised it. For several years the castle underwent reconstruction and currently it is a museum of historical furniture and artefacts.

One day around the castle Climb up to Krásna Hôrka Castleand see the castle's historical expositions. (see the information under the photo of the castle for exact instructions) The main attraction is the castle's chapel, which used to serve as one of the castle's bastions, and where the naturally mummified body of Zsófia Andrássy, the merciful wife of count István Andrássy, is on display.

Drive a couple of kilometres southwest of Krásna Hôrka to the village of Brzotín to take a ride on horseback. The local U bieleho koňa (At White Horse) restaurant offers poultry specialities.

Enjoy the sunset while roaming the ruins of a medieval fortified churchon the hill above the village of Lúčka. To get there take the main road back to Rožňava, but before entering the town turn east and go 15 kilometres in the direction of Jovice.


This two-day festival presents dance, music and customs from the Gemer region. The festival starts August 22 at 17:00 with Koštovačka u Jánošíka, the tasting of local home-brewed alcohol, and finishes the next evening with a public dance party. There will also be a dancing lessons in the village's square on August 23 at 10:00.

A few kilometres north of Rožňava stands Betliar Chateau; the former country house of the Andrássy family. Located in a huge park, the chateau's interior features rare historical furniture, made by the renowned furniture companies of the day. There is also a large libraryconsisting of around 15,000 books which had been built up by several generations of the chateau's owners.

The late-renaissance 36.5-metre tall watch-tower located in the square centre of Rožňava, is one of the town's historical sights. Other attractions are the town hall, the Bishop's palace, a gothic cathedral, a classical evangelical church, and a monastery.

South of the town of Rožňava, near the Slovak-Hungarian border, spreads the country's largest karst - Slovenský kras. The 72 kilometre-long and 32 kilometre-wide limestone and dolomite formation consists of underground caves, plateaus, and canyons. Descriptions of trips through two such plateaus follow.

From in front of the church in the village of Jovice (six kilometres south of Rožňava) take the blue trail across the Silická plateau to the village of Silica. The nearly four-hour trip passes a countless number of caves. Return following the same path or take a bus to Rožňava.

Take the green trail from the village of Rakovnica (west of Rožňava) leading up to the Veľký vrch peak to theGerlachovské skalyrocks. From there, take the blue trail to Plešivec. The 6-hour trip across Plešivská plateau also features many caves. The bus from Plešivec to Rožňava goes daily at 18:40 and 19:35; the train runs at 19:16.

Note: For these trails it might be useful to consult the map Slovenský kras - Domica No. 139, published by Vojenský kartografický ústav, Harmanec. Hiking maps are available in bookstores and information centres across Slovakia. Rožňava information centre, Nám. Baníkov 32, tel: 058/7328-101.