REPRESENTATIVES of national minorities living in
Slovakia have urged the government to lower the threshold of eligibility for their native-language rights.
However, thus far, few ethnic Hungarians have taken advantage of the minority language law that allows for the
use of minority languages in the public sphere, and in dealing with the authorities.
Media reports have suggested that Deputy Prime Minister Pál Csáky has called for more citizens to be allowed to
use their minority languages in dealings with officials. However, he claims that it is the government's entire 14-
member Council for National Minorities, which he chairs, that has proposed lowering the requirement for
protected minority language use from the current 20 percent to 10 percent of the population. 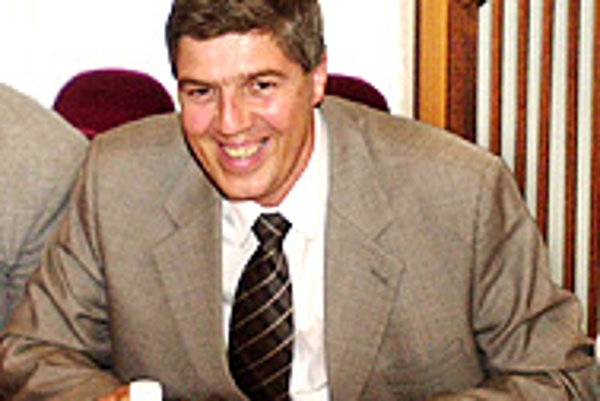 lower the threshold of eligibility for their native-language rights. However, thus far, few ethnic Hungarians have

and in dealing with the authorities.

use their minority languages in dealings with officials. However, he claims that it is the government's entire 14-

member Council for National Minorities, which he chairs, that has proposed lowering the requirement for

protected minority language use from the current 20 percent to 10 percent of the population.

When the issue was discussed in parliament in 1999, Csáky's party, the Hungarian Coalition Party (SMK) voted

against the proposed law, with its requirement that 20-percent of the population must be of the specified minority

for the language law to apply. SMK further claimed that ethnic Hungarians would only be able to use Hungarian

in contacts with local authorities; in dealings with district or regional officials, on the other hand, they would

have to speak Slovak.

"Despite the objections of SMK deputies and the Council for National Minorities, the law was adopted, though it

failed to consider the fundamental aspirations of other national minorities," the ethnic Hungarian party's

statement read. Prior to the vote in parliament, the SMK had prepared its own version of the law to confer

Ruthenians, Germans and Roma. The legislators turned down the bill.

"What frightened our coalition partners was that minorities would have gained too many rights," Csáky

commented at the time for the New York-published Hungarian Minorities Monitor.

Slovakia. In an interview with The Slovak Spectator, the deputy prime minister stressed: "It is not an SMK

proposal. Representatives of smaller national minorities in the council have requested this, because it would also

enable them to exercise their language rights."

Acting as an advisory body to the government, the Council for National Minorities includes at least one

representative from each ethnic group living in the country. The largest minority group, the Hungarians, has

three delegates sitting on the 14-member council. Back in 1999, the council demanded a similar amendment to

the law; however, the government turned down the proposal.

Adoption of a law on minority language use, along with the ratification of the European Charter on Regional or

Minority Languages, was one of the prime conditions for Slovakia's EU membership.

that the ratification of this European Charter in 2002 has brought for Slovakia. "Nine laws need to be revised to

bring [Slovak laws] in line with the Charter. It is not my idea; this results from requirements in the Charter,"

Other coalition partners do not back the council's proposal. Christian Democrats (KDH) vice-chair Pavol

Minárik says that the current legislation is sufficient, and he sees no reason to re-open the debate.

KDH spokesperson Laura Dyttertová told The Slovak Spectator: "This is a very sensitive question. The KDH

has not yet dealt with it, but we will consider it as soon as a formal initiative appears."

At a press conference on August 14, SMK head Béla Bugár disclosed that there was "a silent agreement that

government. If coalition partners do not agree with it, that is their responsibility."

deputy head Ľubomír Lintner said they did not know about any such agreement. Lintner does not believe the

proposal will get through.

Slota said that if the government passes Csáky's initiative, it would be "treason to the Slovak nation".

Though the minority language law took effect on September 1, 1999, it does not appear to have been used by its

beneficiaries. In the most densely Hungarian-populated district, Dunajská Streda, a committee was set up to

monitor problems associated with the implementation of the law. The head of this committee, Gizella

Szabómihály, told The Slovak Spectator that there has been widespread indifference among representatives of

national minorities toward the provisions of the law.

"There is nothing wrong with the 20 percent [threshold]. [The problem] is that instructions for implementing the

law are missing," she explained.

One of the clauses in the law states that "decisions made by public administration bodies [...] shall be issued,

upon request, in both the state and the national minority language. In case of dispute, the state language version

of the decision is definitive." According to Szabómihály, the final sentence defeats the objective of the entire

paragraph: "Why would anyone request a Hungarian-language decision if it has no legal status?" she asked.

According to the ethnic Hungarian linguist, Hungarian legal terminology has not been used in Slovakia for the

past 50 years, and ethnic Hungarians have understandable difficulty in wording an official document in their

native language. Rather than the written word, oral usage of Hungarian is what continues to thrive in the

Hungarian-inhabited regions of the country.

Hungarian-Slovak border. Compared to a national census from 1991, the number of people who declared

themselves Hungarian in 2002 dropped by 47,000, leaving the total number of Hungarians living in Slovakia at