A little piece of Vancouver in Bratislava

WALKING down Obchodná street in the middle of Bratislava, people may be confused by the sight of the Canadian flag flying above them on the top of the Citypoint building.
The office block houses the Canadian Bilingual Institute, a private language school aiming to give its students a taste of Canada.
The Slovak Spectator spoke to its director, Henry Silva, about the institute and about his experience in Slovakia. 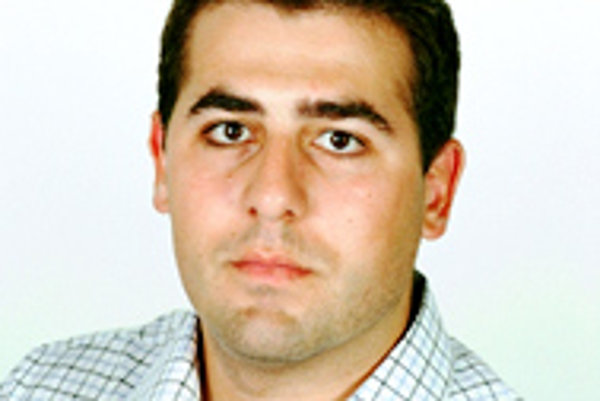 Font size:A-|A+0
WALKING down Obchodná street in the middle of Bratislava, people may be confused by the sight of the Canadian flag flying above them on the top of the Citypoint building.

The office block houses the Canadian Bilingual Institute, a private language school aiming to give its students a taste of Canada.

The Slovak Spectator spoke to its director, Henry Silva, about the institute and about his experience in Slovakia.

The Slovak Spectator (TSS): How long has the Canadian Bilingual Institute been in Slovakia and what does it do?

Henry Silva (HS): We opened two and a half years ago. We've so far only been open in Bratislava but we will soon be expanding to Košice. Last year we had a little over a thousand students; maybe around a hundred students have been to Canada through us already. They are studying, working, or just travelling in Canada.

It's a little centre for Canadians to get together. I'm also involved in the Slovak Canadian Chamber of Commerce; I'm the vice president there. We have Canada Day parties and Thanksgiving get-togethers with a whole lot of Canadians.

TSS: Do you have any estimates on how many Canadians live in Slovakia?

TSS: What are the types of activities you do together as a community?

HS: On Canada Day the chamber of commerce will be having a sports event with the other chambers. We also have trade missions, when for example, the ambassador comes, and we are involved with new investors coming to Slovakia who are Canadian.

TSS: Can you say what specific services the institute provides?

HS: The possibilities at the institute are to learn English or French. After graduating from the institute you can study in Canada without taking an ESL programme at a Canadian university. It also helps people get prepared to go to Canada, because now there is a new rule that you have to take a test before you can be accepted to go to Canada.

Another thing we do is act as a preparation centre for TOEFL.

So we have three things we do for Slovaks wanting to go to a North American country.

TSS: So the main motivation for people that come to the institute is that they want to move to Canada?

HS: They either want to move or they work for a North American company.

TSS: Is the number of people that want to move to Canada increasing?

HS: It's definitely increasing. More and more people want to move to Canada. It's also becoming more and more complicated to do so because of this great demand. What the Canadian government has done is to accept people from abroad proportionally to the total population of the country. So more people can be accepted from a country with a bigger population. Slovakia has a population of only 5.5 million, so it hits the quota and people have to wait as long as one and a half years to get accepted to travel. It's getting more and more difficult.

TSS: Are there any other criteria that determine who gets to travel?

HS: I'm not an immigration officer, but I know you must meet a certain number of points to be accepted to get a latent emigrant status. You get those points by having a university degree, by having work experience, by having the right age - you have to be between 25 and 40. If you have a family member in Canada, that gives you points, if you speak English and French that gets you points and there are also some other things you need. You need some money on your bank account to support yourself for the initial period, so you don't go on welfare.

Sometimes the conditions change almost every other month. So it's good to check the website.

TSS: What are, in your opinion, the main problems that Canadians who come here to work or travel experience?

HS: Usually it's visa problems. It's quite difficult for Canadians who are alone to get visas in Slovakia. If they don't know how to do it, there are lots of agencies that help them. These obviously charge them a fee.

That's the greatest complication. They do that because it's part of European rules. Slovakia is trying to fit into European rules, so it's getting harder for Canadians to come here.

TSS: Besides the visa requirement, how is life in Slovakia different for Canadians?

HS: Certain provinces in Canada are comparable to Slovakia, others are very different. I'm from Vancouver, so I can be more specific about Vancouver. Definitely, the people in Slovakia are a little bit more relaxed, but it's coming to be a trend that people in Bratislava are a little bit busier, a little more nervous, having less time to relax. So that trend is coming to Bratislava.

People from other countries say the same - Slovakia is an excellent place to be, with great people.

However, thinking about the business aspect, it's definitely more difficult to do business in Slovakia than, let's say, Vancouver.

TSS: When you tell someone you're from Canada, what is usually the first thing they say?

HS: To be 100 percent honest with you, my mother is Slovak, so I have a Slovak background, but I also have a Canadian background and I have a lot of Canadian friends in Slovakia.

Business people also respect the ideas of foreigners, whether it's from Germany, Canada or the US, because they want to be like the Western countries.