AN IDEAL location between Vienna and Budapest, qualified labour, and a favourable salary system are all assets that German investors in Slovakia can appreciate, the Deputy Head of Mission and Head of the Economic and Consular Section of the German Embassy, Jürgen M. Pfeifer, said in an interview with The Slovak Spectator. 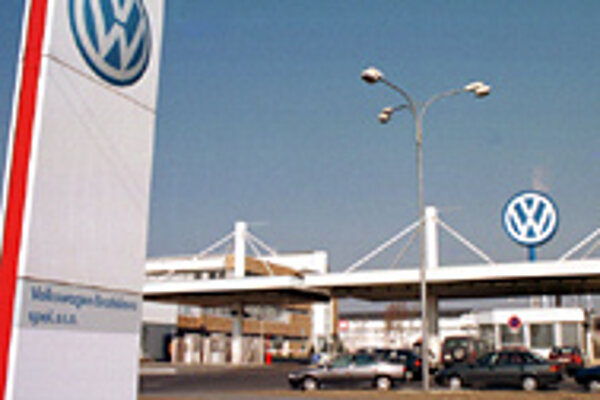 AN IDEAL location between Vienna and Budapest, qualified labour, and a favourable salary system are all assets that German investors in Slovakia can appreciate, the Deputy Head of Mission and Head of the Economic and Consular Section of the German Embassy, Jürgen M. Pfeifer, said in an interview with The Slovak Spectator.

The Slovak Spectator (TSS): What is the total volume of German investments in Slovakia? Will Germany keep its status as the greatest investor in the country?

Jürgen M. Pfeifer (JMP): The total volume of German investments now amounts to €1,88 billion, including privatisation projects. Whether or not Germany will remain the greatest investor depends on the investors themselves, i.e. their decision to "throw their hat into the ring". A government can only encourage or explain why Slovakia would be a good location.

TSS: Could you characterize the structure of investments, according to industrial branches? What are the main areas of interest for German investors in Slovakia?

JMP: The automotive and chemical industries, telecommunications, and the insurance sector are all within the focus of German investors. However, we should not forget the energy sector. As you can see, the interest is well spread throughout the Slovak economy. But there is still room for continued privatisation projects, for instance, in the energy sector.

TSS: Location, which makes Slovakia a natural extension of Germany's markets, is one of the greatest advantages that German investors enjoy. What are the other stimuli that make this country an attractive site for German businessmen?

JMP: Indeed, the ideal location between Vienna and Budapest and the presence of the Danube river make Slovakia a good choice for an investor. Good infrastructure, especially in the western and central parts of the country, can attract businesses, while the qualified labour is seen as another asset. Another point to be added to the list of pros is the favourable salary system. The Investment Incentive Law, which provides tax holidays and incentives for job creation in underprivileged regions, also makes Slovakia more appealing.

TSS: What, then, are the barriers to deepening Slovak-German business relationships? What are the most frequent complaints of German investors?

JMP: I would not speak of barriers in bilateral business relations, but rather some weaknesses that could be ameliorated. SARIO recently listed some factors hampering investment in Slovakia: towns and communities should be better informed about investment plans; in addition, there are not enough industrial parks, while some brownfield projects are not attractive enough for foreign investors.

In general, one might say that permission and license procedures are complicated and sometimes take quite long. Tax laws are interpreted differently, and investment stimuli are only offered for big investors, not for small and medium sized businesses.

TSS: What further changes could the Slovak government make to encourage investment by the German government?

JMP: The German government cannot encourage investments abroad. It is a decision that can only be made by the prospective investors themselves. They must be convinced why they should want to pour money into Slovakia and must be prepared to be responsible for possible risks and taking chances.

However, the Slovak government has already taken some major steps to encourage foreign investors - by passing important laws, improving the investment environment, and by privatising. Nevertheless, there is always room for further amelioration. Reducing bureaucracy, speeding up the licensing procedures, and more effectively promoting the country would open new doors for additional investments.

TSS: What are other prospective spheres for Germany's presence in Slovakia?

JMP: Tourism represents a field wide open for investors who simply are not aware of the broad range of possibilities in Slovakia. Here I do see an area where investors could be attracted, provided there is enough information and promotion. The mountains and spas are natural treasures and resources that can be used by foreign tourists, if Slovakia is able to offer enough accommodation and service institutions.

Since we have our Goethe Institute in Bratislava, cooperation in the cultural field is being taken care of. Here and there, investors might contribute as sponsors for cultural events.

TSS: Have German investors shown interest in the proposed tax changes that the government hopes to introduce next year? Will these changes influence the German business community in running businesses in Slovakia?

JMP: The introduction of a flat tax rate of 19% is seen by some observers as the most ambitious tax reform in Central Europe. Foreign investors are definitely interested in a lower corporate tax and personal income tax.

Since joining the German Foreign Service in 1970, Mr. Pfeifer has held positions in Abidjan (Ivory Coast), New York, Bangkok, in Brussels with the EU, and in Rome with the Vatican. He has been in Bratislava since March 2001.