THE GERMAN-BASED Siemens Business Services (SBS), among the global leaders in IT solutions, by 2002 had employed around 45,000 people in 45 countries, Slovakia being one of them.
On September 16, The Slovak Spectator met with Slovakia's SBS manager, Peter Prónay, to discuss not only the firm's activities but also corruption, of which he had been accused and tried, and the security checks that many IT companies will have to go through. 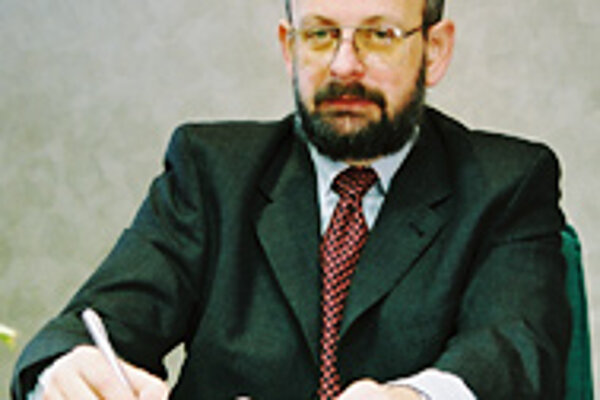 THE GERMAN-BASED Siemens Business Services (SBS), among the global leaders in IT solutions, by 2002 had employed around 45,000 people in 45 countries, Slovakia being one of them.

On September 16, The Slovak Spectator met with Slovakia's SBS manager, Peter Prónay, to discuss not only the firm's activities but also corruption, of which he had been accused and tried, and the security checks that many IT companies will have to go through.

The Slovak Spectator (TSS): What specific services does SBS focus on in Slovakia?

Peter Prónay (PP): We are active in three areas. One is solution business, which means that we do consulting and subsequently implement information systems for our clients, whether based on standard software packages or custom-made products.

The second field is operation services. As part of this, we operate systems for our clients, whether in the form of central services or on-site services. It's usually maintenance of information security and networks.

The last field is the so-called product-related services. That's mainly made up of services such as the maintenance of equipment and standard software products, and also the services related to processes that clients go through. That would include switching to different systems or software, which are rather complicated things and should therefore be done on a professional level.

TSS: In other countries, SBS also does projects in the field of e-government. What is the situation here in Slovakia?

PP: E-government is picking up its pace in Slovakia, despite the government's lack of attention. It could be going much faster. We expect it to be one of the key areas for our company in the upcoming years.

We have excellent references from numerous member countries of the EU and would very much like to use our gained expertise in Slovakia.

We already have some experience in providing the Slovak state and its public administration with information systems - we are a long-term partner of the Justice Ministry, to which we provide the business register solution.

The information portal of the government's office - www.obcan.sk - which has recently become rather well-known, is another of our projects. We strive to improve this solution and we closely collaborate with Microsoft on this task, based on a supranational agreement on cooperation in this field.

We aim to transform this portal from an informative one into a transactional portal, which would enable persons to carry out transactions with bodies of the state administration.

There are numerous areas in which this can be used. Besides the well-known cases of tax returns or customs declarations, I would also point out the entire management of the labour market.

TSS: In your experience, what are the specifics of the Slovak IT market, of which foreign companies planning to invest or do business in Slovakia should be aware?

PP: I don't think there are any significant problems. The situation on the market is more or less standard. Naturally, as one of the large foreign companies, we sometimes complain that there is a certain tendency to "reinvent the wheel" here.

What I mean is that even in fields where there are tested solutions, which could simply be adjusted to suit Slovak needs with a decent guarantee that they will be functional, solutions are being created anew.

Everyone has to deal with this - even the state when it's in the position of a customer, because every coin has two sides. So even a solution [that is made here] and appears to be cheaper, may end up being more expensive, because things have to be corrected or done again. We'll see what lessons state bodies will learn from their experiences. I think some are already ahead in this respect and understand that it's not good to reinvent the invented.

TSS: SBS was involved in tenders to select a supplier for the State Treasury's IT system, as organised by the Finance Ministry. After four tenders, in which you took part and always lost to Hewlett-Packard (HP), SBS appealed to the Procurement Office, which always ordered the ministry to call for a new round of selection.

In September 2001, the Finance Ministry decided to hold negotiations only with HP, rather than hold a fifth tender attempt. Later that year, you were accused by investigators of offering Daniel Feriančik, head of the ministry's selection committee, Sk1.5 million (€36,200) to vote in favour of SBS.

On September 8, 2003, a Bratislava court decided to dismiss the charges of bribery. How do you look at the entire case now?

PP: I would not like to comment on this issue, because the verdict has not yet come into force.

I would only like to say this much: justice is sometimes slow in coming, but it prevails.

The allegations were all made-up. The whole case was about what I just mentioned - it was about standing in the way of European-level experience and replacing it with something of lower quality. That was the real merit of the dispute.

TSS: The legal aspect of the affair is one thing. However, there is also the public perception. How can a company prevent any accusations of corruption, or, if accused, later defend itself in the eyes of the public?

PP: It's very difficult, because everyone strives to sell. And the seller will always try to use all the room provided to him by the purchaser. So if a purchaser is ready to engage in nonstandard behaviour, such as negotiating by improper means or agreeing to meetings in cases in which these are not admissible, it is natural that companies will take advantage of it.

Everyone is hungry to get information or provide information about their solution. When this room is not provided by transparent means, which would enable companies to fully present the solution, all companies try to find other ways.

So what is important is for the guidelines that apply to state officials involved in these tenders to be more strictly followed. If these officials do not follow them, consequences must be drawn.

TSS: However, that was not the end of the state treasury deal. Earlier this year Hewlett-Packard did not pass the security checks being done by the National Security Office (NBÚ), which would have enabled the company to process confidential information. According to media reports, it was due to the past of one of the firm's executives.

That person has since been replaced as company boss, yet at the end of August, the company again failed to pass the security audit. What do you think about the situation and the NBÚ security audits in general?

The security audits create a unique situation, because companies have thus far had no chance to get ready for them, to get it off the table so that it's done once they are really needed.

Such a security audit can currently only be initiated by a state body. The state institution procuring the service that is to be carried out by the private firm needs to ask for the audit to be done.

This is not a suitable approach, and it would be much better if companies themselves could ask to be audited.

TSS: Do you see the security checks as a potential problem for the future?

PP: I see it as no problem, because as any supranational company, we have experience with this from other countries. In Germany, Siemens and SBS provide very sensitive solutions for the most important institutions, and we have all the necessary audits.

TSS: In 2001 you were awarded the "IT personality of the year award" by a panel of independent journalists covering IT-related issues. How did you gain your position within the IT community and in the firm?

PP: I started to work in the field of information technology after I finished school around the year 1976.

Later I worked for six years in Austria at the International Institute for Applied System Analysis, in the field of computer services.

Then I came to Siemens. First, as one of the cofounders of its software-house in Slovakia, which later grew to formidable dimensions: it was employing around 400 people when I left it in 2000, after 10 years.

Since the year 2000, I've been the executive of Siemens Business Services in Slovakia.