Wheeling it around Spiš

THE AREA around the eastern Slovak town of Spišská Nová Ves is perhaps one of the most ideal bases for cycling in Slovakia. Mountain bikers can gain access to Slovenský Raj (Slovak Paradise) National Park,ß by riding just a few kilometres south of the town. For those who want to do a bit of casual road or trail riding, there are numerous marked routes through the picturesque valleys that surround the Spiš region. 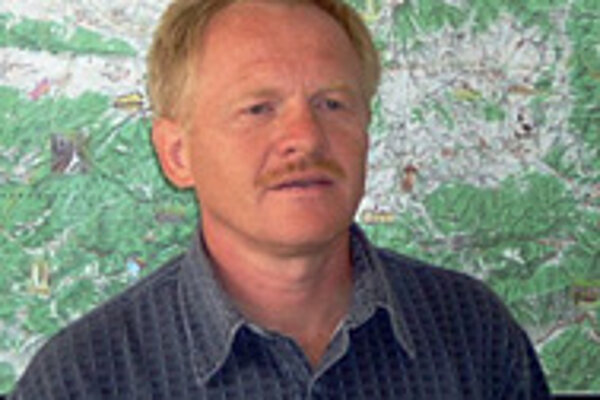 THE AREA around the eastern Slovak town of Spišská Nová Ves is perhaps one of the most ideal bases for cycling in Slovakia. Mountain bikers can gain access to Slovenský Raj (Slovak Paradise) National Park,ß by riding just a few kilometres south of the town. For those who want to do a bit of casual road or trail riding, there are numerous marked routes through the picturesque valleys that surround the Spiš region.

The man who is mainly responsible for developing this is Imrich Makara, 50, the founder of ROZVOJ Spiš, an organisation that has taken up the cause of maintaining and marking cycle trails as well as promoting cycle tourism in the Spiš region. Makara works as a sports instructor, and carries out the ROZVOJ Spiš activities in his spare time. The Slovak Spectator spoke with Makara about his organisation's activities.

The Slovak Spectator (TSS): How did you become personally interested in cycle tourism?

Imrich Makara (IM): I was always into sports. I did skiing and other activities, so I started cycling too. And I became interested in cycle tourism in 1989, after the opening of the borders, when information about marking trails came from abroad.

By 1991, I had created the basic philosophy for organising the growing cycle tourism in our region. Like everything new, the aims of this activity were not fully understood at the time. After ten years, with no further progress in cycle tourism, in the middle Spiš, there was finally a change in thinking, especially from the side of nature and land protection.

This might have been influenced by Eli Fenichel, a Peace Corps volunteer from the USA, working at the Administration of the Slovenský Raj National Park, who, in cooperation with the regional communities, worked out a project of sustainable development for cycle tourism in Slovak Paradise, which was presented to the World Wildlife Fund. The grant was used for broadening and increasing the quality of the tourist infrastructure. At the moment, there are around 340 kilometres of marked cycle paths in the middle Spiš area, and 85 kilometres in Slovak Paradise.

TSS: As a destination for cycle tourism, what does Slovakia have to offer that other countries do not?

IM: Slovakia has beautiful nature; mountains, forests, interesting animals, and flowers, as well as a rich culture, and history.

Every country and every region in the world is somehow unique, and in that way is interesting for tourists, even if it is not obvious at first sight. Here in Slovakia many of the services and other things that add comfort are not so perfect here. But maybe it is this roughness that makes Slovakia interesting for adventurous people.

Also, Slovakia is in the middle of Europe, it is a melting pot of cultures, and this enriches it in many ways. This richness has not yet been fully valued. I think it is just a question of time.

Another big plus is that Slovak people are very nice.

TSS: How do you define organized cycle tourism as you are developing it in Spiš? Is it primarily mountain biking or is it bicycle touring via roads?

IM: Right now, the network of marked cycle trails is mostly for mountain biking; Around 70 percent. We are currently working on completing the network of marked cycle trails, which also includes marked routes on roads. For example, one route can combine train travel and bicycle travel - the Hnilecká dolina (Hnilec Valley) has an interesting system of train tunnels and bikers can travel one way by train and the other way by bike.

TSS: Where do most cycle tourists visiting the Spiš region come from? Are they foreigners or Slovaks?

IM: During the main (summer) season most of the cycling tourists that I see are from abroad, mainly Czechs, followed by Poles, Germans, Hungarians, and others. Most of the Slovaks who come to this region are from Bratislava and the Bratislava area. In spring and autumn there are mostly locals.

TSS: Are there plans to link your trails to other trail networks in the region or country?

IM: As a part of the European concept of building cycle-trails, there will be two international trails that go through Slovakia. One of them is almost complete, the so-called Podunajská trail which follows the Danube from Passau, Germany, all the way to the Black Sea. The other planned international trail will run from north to south - from Norway to Greece - and it should go through Spiš.

TSS: How do you see local communities benefiting from cycle tourism?

IM: The influence of cycle tourism is good for the development of the region. It is good for business, infrastructure, the maintenance of historic buildings, and the improvement of ecological thinking. The locals that are involved in cycle-tourism benefit from it. The standard of living improves because tourists spend money.

TSS: What is your favourite area to cycle in Slovakia? Can you tell me about it?

IM: I really like the Spiš region. I don't like the Tatras [the mountain range sprawling Slovakia's north] so much, I admit that. I also like the trails that follow the Danube - the marking is great, and all the services too.

Information about marked cycle-trails in middle and lower Spiš is also available in English in the form of tourist and cycle-tourist maps, as well as local maps. There is a 1:100,000 scale cycle-tourist map entitled Tatry-Spiš-Zamagurie No 3 published by VKÚ Harmanec. There will also be a 1:25,000 scale tourist map of Slovenský Raj (Slovak Paradise) available soon that will include cycle, ski, jogging, and other kinds of trails. The maps are available in bookstores and information centres across Slovakia, as well as at the Spišská Nová Ves information centre, Letná 49. Tel: 053/16-186. On the internet you can visit www.slovenskyraj.sk or www.raj.sk for more information.

Martina Horáková contributed to this report