Books that tell a family's life

THE STEINER Antiquarian bookstore, on Ventúrska, in which Bratislava tourists often peer while walking the streets of the Old Town's centre, belongs to Selma Steinerová and Dagmar Ložeková. The former is from the fourth generation of Steiners, a Jewish family who has been living in Bratislava, and who has owned the shop for almost 150 years. Together with her cousin Lydia, they are the only two who have stayed in the city. 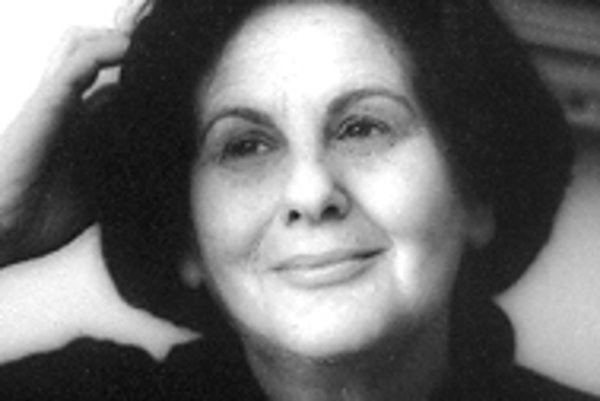 Font size:A-|A+
THE STEINER Antiquarian bookstore, on Ventúrska, in which Bratislava tourists often peer while walking the streets of the Old Town's centre, belongs to Selma Steinerová and Dagmar Ložeková. The former is from the fourth generation of Steiners, a Jewish family who has been living in Bratislava, and who has owned the shop for almost 150 years. Together with her cousin Lydia, they are the only two who have stayed in the city.

"If I were not here, I would be, for instance, in Israel," Steinerová says. The other children of her generation moved to Israel soon after the second world war ended.

"I stayed, because Bratislava is my native town, it is the birthplace of my father, my grandfather, ... I spent a fervent childhood here, and one [under my] beautiful parents' care."

Steinerová, who has never married, and who in her 77th year still travels the world, spends most of her time in the shop. With the help of her former colleague Ložeková, with whom she worked in the state antiquarian bookstore, and who encouraged her to do it, Steinerová reopened the family bookstore two years after communism fell, in 1991. She works there 8.5 hours a day, and knows most of the customers, who, as she says, "will not stop coming to the shop until they are dead".

The shop was founded by Steinerová's great-grandmother Josephine Bendiner in 1847 on Jewish Street, in the so-called Jewish quarter, Edlhof. A year later, Bendiner married Sigmund Steiner, who came to Bratislava - at that time known as Pozsony, or Pressburg - from the Moravian town of Kojetín, in the 1830s. Since then, the shop continued to be run under his name.

In 1880, after the Jewish ghetto was abolished, their son Hermann moved the bookstore, and their flat, to 22 Ventúrska, where it was passed on from father to son until the second world war broke out. The life of the Jewish family that had built up for generations suddenly changed completely, and the long-preserved traditions were torn.

A half century later, a Swiss economic history and civil rights student in Basel, son of Slovak emigrants, Martin Trančík, attempted to put the mosaic of Steiner's life back together in his school thesis, in which he focused on the family's Jewish Orthodox traditions, and how they were affected by modern times. He used to be a regular visitor to the Steiner Bookstore, when studying history in Bratislava in 1992, but it was only after he returned home that he found that there was a story to the family behind it. The thesis was published in book form, under the German title Zwischen Alt-und Neuland (Between Old and New), by the Bratislava PT publishing house in 1996, and a year later was translated into Slovak.

The book follows, in detail, the first three generations of the Bratislava bookstore family, their religious life, and their social rise to the middle class. At its end, Steinerová offers a brief note on the life of the fourth generation, contemplating the spirit of their childhood, which "will never return to Ventúrska... Each of us, though, has tried to live in the spirit of the previous three generations".

In her words, Trančík presented the three previous generations of Steiners in that book with "such carefulness and understanding, scientific precision, and kindness that a person might think he was a Steiner himself".

When Steinerová's great-grandfather Sigmund Steiner, who dreamt of becoming a rabbi, came to Bratislava during the Austro-Hungarian Empire, he had nothing. He grew up in the home of his older brother, "a religious workman", and became a librarian. Giving up his hopes of a career as a rabbi, Sigmund combined his Jewish Orthodox traditions with a secular education, and was able to rise, socially. Even though it was his wife who founded the bookstore - her brother from Vienna tried to help her after she widowed, and sent her a box of books by classic German writers, so that by ledning them she could make some money - it was Sigmund who acted as the store's owner after the wedding. Many thus considered him to be the store's founder.

Sigmund and his wife Josephine had three children. The eldest, Hermann, who inherited the bookstore, married Selma Goldberger in 1877, and together they raised ten children. Three years later, they bought the three-storey building in the town's centre, at 22 Ventúrska, where the large family, and the bookstore moved. Hermann added the selling of books and music to the store, which was originally founded as an antiquarian library.

Hermann and Selma also bought some property with a summerhouse, which they called the "garden". They grew around a thousand fruit trees there, and it also was a place where the whole family would meet. It used to be where Slavín, the monument to the Soviet Army that liberated the city in 1945, now stands. They also managed to buy a large house at the corner of Konventná and Suché Mýto, which later became a branch of the bookstore on Ventúrska, ran by the couple's oldest son Wilhelm.

When Hermann, from the second generation, died, the city's German newspaper, the Pressburger Zeitung, called him a "true Pressburg citizen". His sons, Max, and Józsi, inherited over the bookstore on Ventúrska.

The current owner of the bookstore is Selma Steinerová. She was born to the third child of Hermann and Selma, Siegfried, who became a lawyer. She was born between the two world wars, in 1925, to the worst part of Jewish history - the Holocaust. The family was subject to many anti-Semitic measurements, enforced by Adolf Hitler, starting from casting the Jewish people out of their jobs, to confiscating their property, to deporting them to concentration camps, to killing them.

Only young Selma, who was deported to the Czech concentration camp, Terezín, survived out of Siegfried Steiner's five-member immediate family. All of Siegfried's siblings, apart from the oldest, Wilhelm, died. From Selma's generation, 11 out of 16 children survived.

"When I returned, I was surprised that all of the caretakers, the informers, walked the streets as before. Nothing had changed. That's why I left for Prague. But soon I decided to come back, to my family in Bratislava," Steinerová says.

Steinerová's family lived in Bratislava through different periods; when it was part of the Austrian Empire, the Austro-Hungarian Empire, Czechoslovakia, the Slovak state - a Nazi puppet regime, as well as the then communist Czechoslovakia. Until the second world war, today's capital used to be a city of three main nationalities - German, Hungarian and Slovak.

"Bratislava is one small-megalopolis, where people, despite various differences, treated each other very nicely," says Steinerová, who speaks all the three languages, as well as others, including English.

The times have changed, though. Today, she notices that people have stopped greeting each other. Before, she says, it would never happen that somebody would not greet you, after entering the shop.

"I don't want to tutor the nation. I am a normal woman living a modern life, but I would like people to behave respectably. As Bratislava adorns itself, I wish it also had adequate inhabitants," she says.

"Sometimes this native town of mine was not always nice to me, but despite that, I love it," said the almost 80-year-old, but spirited and vital Steinerová, who knows to whose hands she will bestow the Steiner Antiquarian Bookstore, so that it lives on for other generations.