Jazz it up in the east of Slovakia

BEFORE Bratislava Jazz Days roll on in, in the middle of October, jazz fans can savour live jazz at the opposite end of the country, in the eastern city of Košice.
On October 3 and 4, eight international jazz bands will come to perform at the 9th International Jazz Festival, in Košice. Half of them will be from the Netherlands. 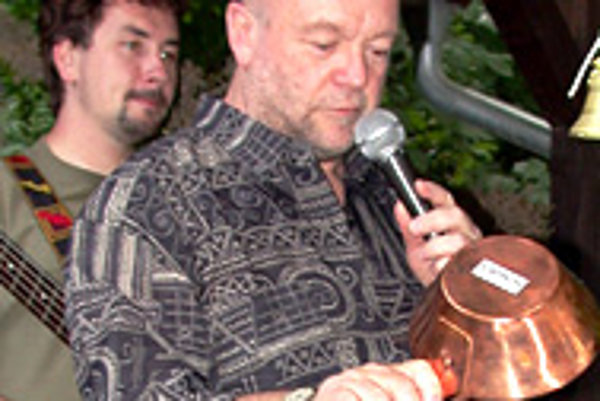 BEFORE Bratislava Jazz Days roll on in, in the middle of October, jazz fans can savour live jazz at the opposite end of the country, in the eastern city of Košice.

On October 3 and 4, eight international jazz bands will come to perform at the 9th International Jazz Festival, in Košice. Half of them will be from the Netherlands.

According to festival organisers, each year of the festival is unique, and each one brings more and more foreign musicians to the city, to play along with the locals. And who will be this year's headliner?

"All of them," the organisers said.

The first day of the festival will feature Dutch Systéme D Trion, and The Michiel Braam Trio. The former is a duo, composed of singer Mola Sylla, and violoncellist Ernst Reijseger, who will come to play as a trio together with Serigne Gueye, a percussionist playing traditional instruments from Senegal. The repertoire of the second band is based on texts by American Ken Nordine that describe 34 different colours. For each of the colours, pianist Michiel Braam wrote a short musical piece that the band uses as a starting point for improvisations during concerts. The Braam trio's other members include bass player Wilbert de Joode, and drummer Michael Vatcher, who will be substituted by Steve Heather from Australia, at the Košice festival.

The other bands that evening will be the Polish-American-Cuban-Slovak project Tribute to Miles, and the Mescall Jazz Unid, from France. The international jazz sextet Tribute to Miles will take the stage with a programme dedicated to the work of jazz legend Miles Davis, from the time he spent working with tenor-saxophonist John Coltrane, and alto-saxophonist Cannonball Addeley. The Mescall Jazz Unid, playing their own music mixed with contemporary French jazz trends, is known for building a close relationship with its the audience during their concerts.

Slovak singer Peter Lipa, with his band, and Jiří Stivín, with The CO Jazz Quartet, from the Czech Republic, will close the evening's block on Saturday. Stivín, who plays renaissance and baroque music as well as improvises on all kinds of flutes, will perform, accompanied by guitarist Jaroslav Šindler, bass guitarist Zdeněk Tichoty, and drummer Michal Hejna.