Keltská Pivnica
(Slovak Pub Restaurant)
IT HAS been several months since the place, arranged in a Celtic atmosphere, promised to open its grill. It should have finally happened in the peak of the summer months, but recently we were told that this won't happen, not even by the end of the year. 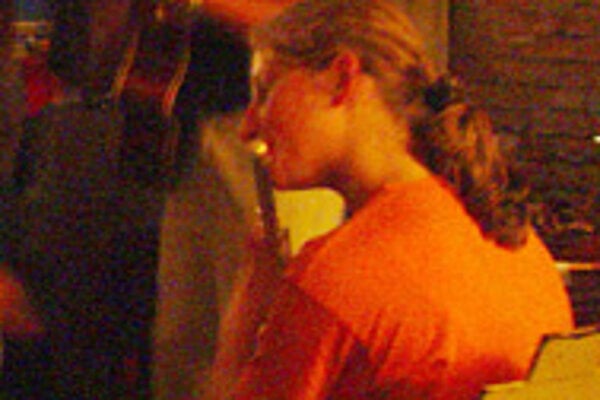 IT HAS been several months since the place, arranged in a Celtic atmosphere, promised to open its grill. It should have finally happened in the peak of the summer months, but recently we were told that this won't happen, not even by the end of the year.

"So far, we haven't found anybody who will minister the grill," said one of the waitresses, as our eyes were glued to the menu's eye-catcher that read: "Current offer of grilled meals."

Returning to the introduction on the top of the two-page menu, we reread the part that said "Celts typically met in large and liveable groups, with aboundant amounts of food ...". Well, we felt the underground space could fit the first part of the description, but we failed to see the "aboundance of food" in the set of around 20 ordinary meals, which included starters and salads. At least our choice of dinner was faster than ever.

But apart from impatiently waiting for the grill to open, there was another reason why we kept coming back to Keltská Pivnica, or Celtic Cellar. Every Wednesday, the band, Keltieg, invites musicians to join them in playing music inspired by Celtic tradition, at one of the cellar's two corners. Entitled the Traditional Celtic Session, the event starts at 18:00 and usually runs until 21:00.

As we were waiting for our meals, we could observe the band gradually picking up its performance as the customer's interest arose. Some moved closer, some started singing, and some even started dancing.

Soon after, the meals arrived; huge portions, nicely arranged. The Jemné kuracie soté (Fine Chicken Saté), was really fine with nicely fried onion pieces, as were the potato croquets I asked for. My friend, who ordered Avalonský rezeň (Avalon Steak) with ham and blue cheese on the top, was full of praise over the quality of the pork meat fried inside the crumbs and the interesting, filling toppings.

On the other hand, my second friend, who likes spicy food, and ordered Artušova kapsa (Arthur's Bag), a spicy pork mix wrapped in a potato pancake, could only focus on the level of spiciness of his food.

"It's brutally spicy. I like it all, but I suffer. Artuš most probably was a very tough man," he said.

The three meals, including drinks, rounded out to Sk500. The price was satisfying, but the satisfaction was broken by the fact that we had to pay it before we had the chance to actually taste the food. This pub-like custom to pay when you get your meals, or drinks, seems inappropriate in a place such as Keltská Pivnica, where quality restaurant food is served.

Maybe the place should eliminate food completely, and serve only drinks; especially as it is part of the Slovak Pub restaurant, situated right above it, which offers a much wider variety of food. It should do it also for those who want to fully enjoy the live music sessions. Otherwise, one cannot help to criticise the place's "restaurant" menu and manners, including inappropriate seating and lighting for dining.