THE CABINET recalled head of the National Security Office (NBÚ) Ján Mojžiš in an October 2 vote, three weeks after an initial failure to remove the official over what PM Mikuláš Dzurinda dubbed as his "total lost of trust" in Mojžiš.
Ministers for the PM's Slovak Democratic and Christian Union (SDKÚ) and the liberals from New Citizen's Alliance (ANO) supported the move initiated by Dzurinda. 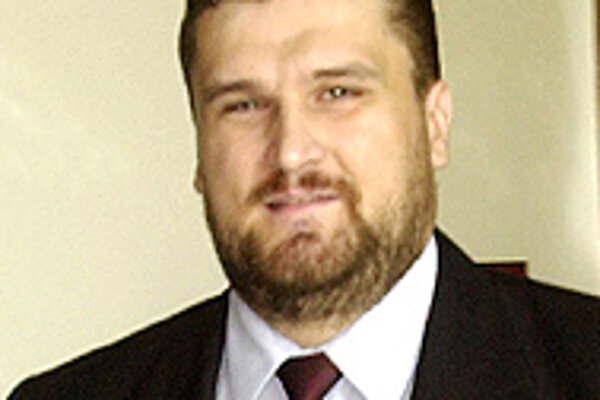 Font size:A-|A+0
THE CABINET recalled head of the National Security Office (NBÚ) Ján Mojžiš in an October 2 vote, three weeks after an initial failure to remove the official over what PM Mikuláš Dzurinda dubbed as his "total lost of trust" in Mojžiš.

Ministers for the PM's Slovak Democratic and Christian Union (SDKÚ) and the liberals from New Citizen's Alliance (ANO) supported the move initiated by Dzurinda. Two remaining coalition partners, the Christian Democrats (KDH) and the Hungarian Coalition Party (SMK), refrained from voting, sticking to their original stance towards the move when it was first proposed in the cabinet on September 10.

The recall comes as a result of a culminating tension between the PM and Mojžiš. Dzurinda was pressing for Mojžiš' removal from office due to what the PM said were the NBÚ chief's unspecified political and economic interests.

He also said later that Mojžiš was spreading untruths about the PM, including the claim that former head of a counterintelligence unit with the Slovak Intelligence Service, Peter Tóth, was his advisor and that he "stood behind the curtain" when Dzurinda received guests in his office.

According to the news agency SITA the PM did not present the cabinet ministers with any new proofs supporting Mojžiš's sacking.

The first attempt to recall Mojžiš failed because then Defence Minister and member of Dzurinda's SDKÚ Ivan Šimko refrained from voting, an attitude that cost Šimko his ministerial post.

Pavol Rusko, new Economy Minister and head of ANO, backed Dzurinda in his effort to fire Mojžiš. Dzurinda's SDKÚ together with ANO ministers had sufficient votes in cabinet to push through the recall.

The coalition has yet to agree on Mojžiš's replacement.

KDH as well as SMK said they would be watching closely how the new NBÚ chief is picked and both Pavol Hrušovský, KDH chairman, and SMK boss Béla Bugár said that the coalition council, a senior coalition body that decides on common policies before they are proposed to the cabinet and parliament must be the platform for choosing a new candidate.

Two weeks ago, Dzurinda said that Milan Ježovica, who worked at Slovakia's embassy in Washington and who is the PM's adviser, was his candidate for the NBÚ top seat.

Coalition partners refused to comment on the candidate as such but stressed that the new NBÚ boss must not come from circles close to the PM and the official's selection must be a result of a broad coalition agreement.

Not only should the new NBÚ boss be acceptable in Slovakia, but also in NATO, as NBÚ carries out security screenings on individuals expected to access classified NATO information after Slovakia enters the Alliance scheduled for May 2004.

A reputed British magazine Jane's Intelligence Digest (JID) on September 24 wrote that Ježovica "is hardly likely to be received with any enthusiasm in Brussels" as he is a graduate of the Moscow State Institute for International Relations, "in the past a notorious recruitment ground for Soviet-era agents".

According to the magazine's "well-informed sources, NATO secretary general Lord Robertson is recommending that those member states which have yet to ratify Slovakia's accession put the process on hold until further notice," JID wrote.

Top NATO officials have, however, denied that any such recommendation was issued and labelled the JID story as untrue.

Who the new offical in the NBÚ office will be was not immediately clear but it remains crucial that it is a widely acceptable and trustworthy person.