Film legacy on the screen

THE BEST European films, which you have missed in cinemas or nostalgically desire to see again, will be screened in 298 cinemas across the continent between October 10 and 24 during the CinEdays festival. The second annual Days of European Film Heritage has been organised on the initiative of Viviane Reding, the commissioner for education and culture at the European Union.
Each country has prepared its own European-movie package. 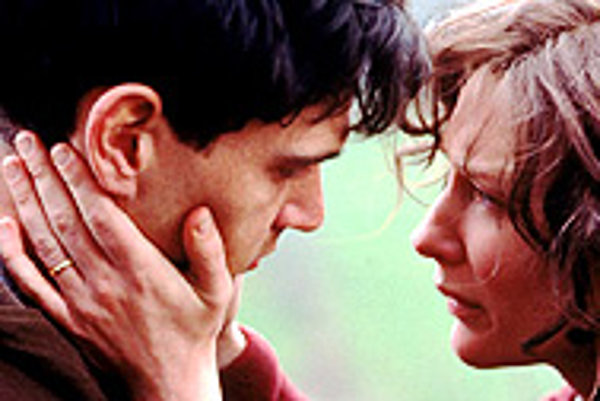 Font size:A-|A+
THE BEST European films, which you have missed in cinemas or nostalgically desire to see again, will be screened in 298 cinemas across the continent between October 10 and 24 during the CinEdays festival. The second annual Days of European Film Heritage has been organised on the initiative of Viviane Reding, the commissioner for education and culture at the European Union.

Each country has prepared its own European-movie package. Slovak organisers have compiled a 28-film programme, which offers a cross-section from classic films to current ones. The main and largest part of the programme will be screened in two Bratislava cinemas, Tatra (19 films) and Galéria filmclub (eight films). Filmclubs and cinemas in other Slovak towns - Banská Bystrica (Kino Hviezda and Filmclub), Martin (Kino Strojár), Prešov (Kino Klub), Trnava (Naoko Filmclub), Poprad (Filmclub), and Galanta (Filmclub 2000) - will offer only a fraction of it.

"The aim of the festival is to screen the largest number of the best of European cinematography, and to attract young generations to learn about this heritage," said Vladimír Štric, director of the Media Desk Slovensko, which is coordinating the project.

Since European film productions are being pushed out of distribution as the mainstream is largely dictated by Hollywood, viewers have few opportunities to see productions other than American ones.

"The European films are a bit complicated to understand, compared to mainstream ones," explained Martin Šulík, Slovakia's renowned film director and copatron of the festival together with Juraj Jakubisko.

"I am not persuaded that the European films are the best, but they are the closest to us. They offer an important psycho-hygiene for Europeans; they deal with similar problems in the west as well as the east, as the two blocks get closer to each other."

The Slovak version of the festival will offer films from as early as 1948 - Ladri di biciclette (Bicycle Thieves) by Italian director Vittorio de Sica. Then there are films from 1960s, including the Russian movie Andrei Rublev about the great 15th century Russian icon painter by Andrei Tarkovsky; the experimental film about the attractions girls feel towards a serial killer, Ovoce stromů rajských jíme (The Fruit of Paradise) by Věra Chytilová; the legendary film Obchod na korze (The Shop on Main Street) dealing with Nazi occupation by Czech Jan Kadár; as well as the Slovak-French coproduction Vtáčkovia, siroty a blázni (Les Oiseaux, les Orphelins at les Fous) by Slovak Juraj Jakubisko.

Among the newer productions and coproductions viewers can expect Spanish, Danish, Austrian, German, French, Belgian, and Dutch films. The British movies include The Draughtsman's Contract by Peter Greenaway, Saving Grace by Nigel Cole, Charlotte Gray by Gilliam Armstrong, and Naked by Mike Leigh.

According to Jana Studená from Continental Film, which is one of the festival's partners, the festival would like to "bring up the atmosphere of the 1960s, 1970s, when European film was at the same level as American film".

But what is European film?

"It's a question that doesn't have a simple answer," said Štric.

"First of all, European film is created by many countries; secondly, there is a large number of quality directors in those countries, each of whom has his or her own style. So, all this together is European film, meaning that European film is manifold, with lots of side riverbeds through which the mainstream flows.

"At the same time European film has something in common - cultural tradition. European film comes from a different basis than American film. It emanates from the ideal of the synthesis of various arts - literature, music, theatre, and architecture, whereas American film is based on vaudeville, a light, entertaining theatrical style [popular chiefly in the US in the early 20th century]. This means that while the task of American film is to entertain the audience, European film preserves the motto that 'film is art'," said Štric, adding that this doesn't always have to be true.

For the CinEdays programme visit www.mediadesk.sk, or the particular filmclubs and cinemas mentioned above. Tickets to a performance cost Sk50 each. All the films will be screened in original versions.