World Bank: Courts not as bad as perceived

SLOVAK courts, judges, and lawyers have a bad reputation among the general public over perceived corruption in the legal sector, but courts are not as bad as they are seen to be, a new World Bank study said.
The court system in Slovakia has changed little since the fall of communism in 1989, according to the study presented on October 2 by the bank's senior counsellor, Ľubomíra Zimanová-Beardsley, after an extensive examination of the system, initiated by the Slovak cabinet. 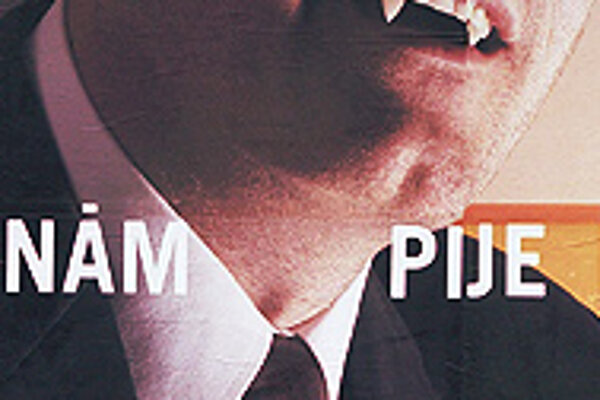 Font size:A-|A+
SLOVAK courts, judges, and lawyers have a bad reputation among the general public over perceived corruption in the legal sector, but courts are not as bad as they are seen to be, a new World Bank study said.

The court system in Slovakia has changed little since the fall of communism in 1989, according to the study presented on October 2 by the bank's senior counsellor, Ľubomíra Zimanová-Beardsley, after an extensive examination of the system, initiated by the Slovak cabinet.

The courts are slow and ineffective, which makes them a feeding ground for corruption, and judges and court staff members are inadequately managed, the report suggested. Furthermore, legal services in Slovakia are expensive and there are a limited number of lawyers, which prevents many people from having access to justice. Because lawyers "exploit their professional monopoly and the weak public oversight", according to the report, "the high costs of legal services make justice a privilege of the rich".

The report's authors admitted that the methods with which they assessed court performance were based on public perception, and that court statistics had their limitations. They believe, however, that in the assessment, a "consistent picture emerges".

"The congestion of cases, the poor quality of decisions, and the perception of corruption appear to be the most serious issues impeding successful court performance. Surveys and anecdotal evidence strongly suggest that court delays are excessive and unevenly distributed across the types of courts, cases, and litigants. Moreover, delays create incentives for corruption," said the report.

But judges and lawyers disagree with much of the criticism, stating that the report used old data and that public perception, rather than the actual state of affairs in judiciary and legal services, dominated the assessment's conclusions.

"The report reflects the feelings of the public [towards the judiciary]," Juraj Majchrák, head of the Association of Slovak Judges (ZSS), told The Slovak Spectator on October 6.

"The situation in the judiciary is not as alarming as the report paints it, especially as far as [big] corruption and [low] court performance is presented," he said.

The authors stated in the report that the "court performance may be better in actuality than in the perception of the public, if the official statistics on clearance rate and time of deposition are to be relied upon."

It remains a matter of fact, however, that court proceedings take an extremely long time, and that many cases take years to rule upon.

The report also pointed out that the Slovak judiciary has plenty of judges, about 1,250 in total, averaging 23 judges per 100,000 Slovaks, which puts Slovakia among the top ten countries in the world in terms of the judge per citizen ratio. According to the World Bank, this is more than in the majority of other states with well functioning judiciaries.

Courts, however, have an insufficient number of support staff, which often keeps judges busy with administrative tasks and away from actual judicial agenda.

The report said that, when compared internationally, the "support staff-to-judge ratio in Slovakia is low: 2.6:1 as compared with 6:1 in Portugal, 5:1 in the Canadian province of Québec, and 4:1 to Belgium".

"I think this lack of support staff is one of the aspects we certainly need to concentrate on," Majchrák said.

The report, however, also blamed Slovak lawyers for being too expensive and vulnerable to corruption. Indirect restrictions to entering the legal bar and a relatively low number of lawyers create a sense of monopoly in the sector, according to World Bank.

"There are no direct numerical restrictions on entry into the legal profession, but the admission mechanism effectively imposes indirect restrictions, particularly on foreign lawyers," the report said.

Head of the Slovak Bar Association, Štefan Detvai, considered the report biased and incomplete and told a Slovak daily Pravda that he was unhappy with the fact that not a single lawyer was invited to participate in the preparation of the bank's report.

He said that the report's authors wrongfully used the US as a reference for their report and "compared US conditions, where in some attorney offices there are 2,000 lawyers, to our conditions."

Detvai also did not agree that Slovak lawyers are too expensive or that they exploited the fact that there are a relatively low number of them in the country.

"Clients can ask a lawyer what [financial] reward he or she requires to provide legal assistance to them. There are 2,100 lawyers in Slovakia and so if [the client] doesn't like the price, he or she can go to see another [lawyer]," Detvai said.

But Majchrák, of the ZSS, admitted that the fact that people often had an incorrect picture of the judiciary was partly judges' own fault.

"We must be more open towards the public. Judges must go out and talk to public. Openness is the key. ZSS is even considering the organisation of some sort of open-door days at courts so that people can better understand what judges do and in what conditions they work."