SOPRANO singer Edita Gruberova, who is called "The Queen of Coloratura" or "The Queen of Bel canto" by critics, returned to her hometown of Bratislava to close this year's Bratislava Music Festival (BHS) on October 10.
Gruberova and Irish mezzo-soprano Zandra McMaster, accompanied by the Slovak Philharmonic Choir and Orchestra under the baton of Friedrich Haider, were scheduled to perform arias and choruses by such opera composers as Wolfgang Amadeus Mozart, Richard Strauss, and Gaetano Donizetti. 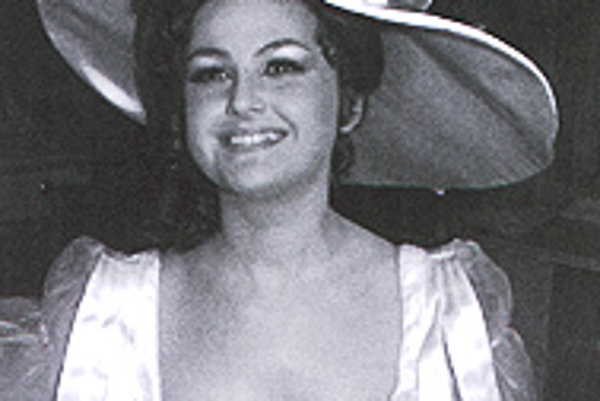 Font size:A-|A+
SOPRANO singer Edita Gruberova, who is called "The Queen of Coloratura" or "The Queen of Bel canto" by critics, returned to her hometown of Bratislava to close this year's Bratislava Music Festival (BHS) on October 10. Gruberova and Irish mezzo-soprano Zandra McMaster, accompanied by the Slovak Philharmonic Choir and Orchestra under the baton of Friedrich Haider, were scheduled to perform arias and choruses by such opera composers as Wolfgang Amadeus Mozart, Richard Strauss, and Gaetano Donizetti.

"I am happy that I could return to my hometown, where I spent my childhood," said Gruberova,. She lived in Bratislava for 24 years until she was forced to emigrate by the communist regime in 1970. She settled in Austria.

Even though she has been concentrating on the Italian bel canto repertoire since the mid-eighties, Gruberova also recalled her young age with the repertoire she performed at the BHS.

"At least at some concerts, such as this one, I can return to my [career's] beginnings when I performed works by German and Austrian composers, such as Mozart and Strauss," she said.

The history of Gruberova's career, from its beginnings up to its recent days, can be traced in photographs currently exhibited at the foyer of the Slovak Philharmonic until October 31.

Prepared by Slovakia's Theatrical Institute and Music Centre, the display offers photographs taken on local and international stages, which briefly map Gruberova's 35-year career. The exhibition starts with her beginnings in the Banská Bystrica theatre scene, where she sang in seven operas over two seasons between 1968 and 1970. Then it continues with photos capturing her international success, focusing on her leading opera parts.

"The most difficult coloratura soprano character, before whom I have the largest respect, is Zerbinetta [in Strauss's Ariadne auf Naxos]. This part started my career," said Gruberova, who studied the role for six years and has been performing it everywhere from America to Japan for 29 years.

The opera diva was born in Bratislava, a day before Christmas in 1946. She studied in Bratislava, Prague, and Vienna. In 1968 she gave her debut as Rosina in Rossini's Il Barbiere di Siviglia at the Slovak National Theatre. This, though, did not prolong her engagement. She switched to the Banská Bystrica stage. During 1969 and 1970 she pre-sang at the Vienna State Opera, and in 1970, when she was engaged for the Queen of the Night by Mozart, she moved there for good.

According to critics, the world-famous Gruberova is a "coloratura soprano with very impressive qualities, having a much larger voice than most sopranos of her voice type". Thanks to her voice, she can sing the most demanding dramatic and lyric parts, which naturally sound different in her hands than in the hands of others. Apart from Zerbinetta, the role she became famous for, her other successful parts include Konstanze in Mozart's Abduction from the Seraglio, Lucia in Donizetti's Lucia di Lammermoor, and Donna Anna in Giovanni's Donna Anna.

"[Gruberova] is the largest term in Slovakia's short opera history, and probably the absolute vocal term of the world's opera since the legendary Lilly Lehmann, concerning her concurrent singing of 'German' opera [Strauss and Mozart] with bel canto," said Jaroslav Blaho, a theatre historian working with the Theatre Institute, and the curator of the exhibition.

The established singer has been a guest of most significant opera scenes around the world. She regularly performs at the Salzburg festival, Milan La Scale, London Covent Garden, and the Metropolitan Opera in New York, as well as at opera scenes in Zürich, Munich, Paris, Athens, and Berlin.

But, as she revealed in Bratislava, she successfully works on reducing her scenic performances, substituting them with concerting operas.

"The audience can be thus removed from the nonsense taking place on the stage [around a singer] and focus on what is the most important in opera - the music."