RECENT political scandals stirred by the ruling parties have strengthened the chances of opposition leader Robert Fico to reach the top governmental seat, although not anytime soon, say experts.
On October 13, Fico's Smer party held a meeting with other key opposition parties sitting in parliament - former PM Vladimír Mečiar's Movement for a Democratic Slovakia (HZDS) and the Communist Party of Slovakia (KSS) - to coordinate their efforts to replace Prime Minister Mikuláš Dzurinda. 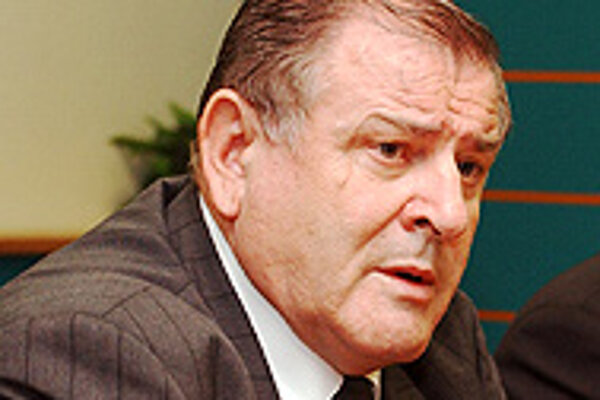 On October 13, Fico's Smer party held a meeting with other key opposition parties sitting in parliament - former PM Vladimír Mečiar's Movement for a Democratic Slovakia (HZDS) and the Communist Party of Slovakia (KSS) - to coordinate their efforts to replace Prime Minister Mikuláš Dzurinda.

The People's Union (ĽÚ) negotiated with Fico later in the day, as Mečiar did not wish to meet with any of the "deserters", as he called the group of 11 former HZDS members led by Vojtech Tkáč.

"It's necessary to test the strength of the ruling coalition," said Fico at a press conference following his first meeting of the day. He also said opposition parties have agreed not to push for the cabinet to be recalled yet.

"Now is not the right time for a vote of no confidence. Once the time is right, we will support such a proposal," said Mečiar after the meeting and added that there has to be at least an indication of political consensus on what would happen after the fall of the current government.

The ruling coalition has, in recent weeks, lost its majority in parliament after three MPs left the New Citizen's Alliance (ANO) caucus and the former Defence Minister and current MP for the Slovak Democratic and Christian Union (SDKÚ), Ivan Šimko, announced he does not feel obliged to obey party orders. Only 75 of the 150-member parliament are now officially aligned with the ruling parties.

All of them have expressed their support for the coalition, although their voting on specific drafts may contradict the coalition line. Political analysts do not see the threat of early elections as real.

Mečiar has said he may consider supporting a minority government if a political deal were concluded. That is not an option for Fico.

Experts don't see Slovaks casting their votes in favour of a recall just yet.

"For the time being, it is very unlikely. On one hand, due to his tense relations with other opposition parties, [Fico] would have a hard time getting even their support. Moreover, none of the coalition parties is calling for early elections yet," political analyst Grigorij Mesežnikov, head of the Public Affairs' Institute (IVO), told The Slovak Spectator.

The parliament is set to debate two crucial measures in the upcoming weeks, which may show how well the government is able to push through its proposals with only 75 guaranteed votes.

First on the list is the election of the new deputy speaker of parliament. The seat has been vacant since late September, when Pavol Rusko, chairman of ANO, left the position to become the new economy minister.

According to coalition agreements, ANO has the right to put its man into the office. The party has presented its vice-chairman, Ľubomír Lintner, as its official candidate. All opposition parties have agreed not to participate in the election, which will be done by secret ballot. This way, their votes against Lintner will be evident.

Some MPs from the ranks of the Christian Democrats (KDH) have voiced their objections to Lintner's nomination. Also uncertain is the attitude of the three former ANO MPs. Lintner has announced that if his election fails, he may leave the coalition.

Also ahead is the debate on the state budget, the fate of which is far from certain. The opposition has called for the vote on the budget to be connected with a vote of confidence in the government. PM Dzurinda ruled out such an option on October 13.

Experts say Fico is driven by a firm determination to bring his party to government.

"His main ambition is to get to power. It's one he has never tried to hide. All of his efforts are aimed at changing the distribution of power and gaining a more powerful position," said Mesežnikov.

"Naturally, this would be a step towards realizing his ideas about the economic and social development of the country. But that's secondary - getting to power is absolutely his key ambition," he added.

Next year, Smer, whose results in the 2002 parliamentary elections were worse than predicted by surveys, will have another chance to show how much support it can draw when it comes to voting.

Elections for the European Parliament (EP) are planned for next spring. Smer holds an observer status in the EP's Party of European Socialists. Although the party is reluctant to take a clear ideological stand, it also strives to achieve membership in the Socialist International, where parties such as the British Labour Party or the German Social Democratic Party of Chancellor Gerhard Schröder are united.

Another major political event planned for next year is the presidential election. On October 14, the Nový čas daily reported that Smer may support former Defence Minister Šimko, who belongs to the ruling SDKÚ party, if he decides to run.

"In our opinion, Šimko would be a suitable candidate," said Smer vice-chairman Robert Kaliňák for Nový čas. Šimko has not yet officially announced plans to run for office.

The ousting of Šimko from his seat was just one among the political scandals the coalition has had to face in recent weeks. Suspicions of corruption and cronyism, allegations of exploitation of the secret service for political interests, and intense internal fighting all reflect in Fico's popularity ratings.

According to a survey carried out by the Public Opinion Research Institute of the Statistics Office and released on September 18, as many as 24.6 percent of voters find Fico to be the most trustworthy politician. Mečiar placed second with 14.4 percent.

Another poll done by the same institution, the results of which came in on September 17, shows that Fico's Smer has the widest popular support, with 25 percent, followed by Mečiar's HZDS, with 18.8.

However, even if the government does not get its act together, experts say it is unlikely to see further growth of Fico's numbers.

"I think Fico has reached the peak. I would be very surprised to see him gain more support than he has now," said Mesežnikov.