SLOVAKIA might become an ideal place for foreign companies to shift their non-core business operations.
Outsourcing certain work to different companies, or moving whole departments abroad is becoming more popular. Central Europe, including Slovakia, could belong to the group of advantageous target countries for outsourcing. 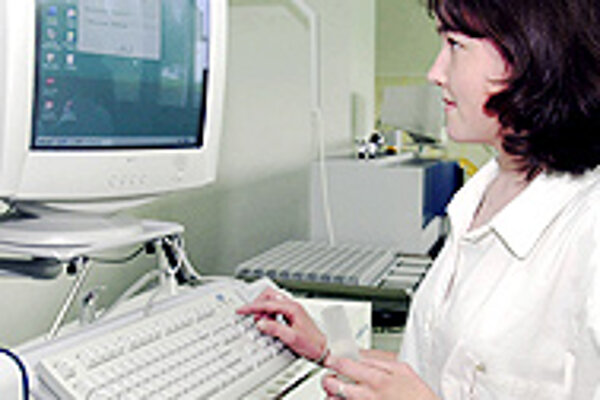 Outsourcing certain work to different companies, or moving whole departments abroad is becoming more popular. Central Europe, including Slovakia, could belong to the group of advantageous target countries for outsourcing.

According to Peter Škodný, country managing director for Slovakia of the consulting & outsourcing company Accenture, the world trend is to relocate more and more activities to areas with an optimal proportion of costs to created value.

"The events of September 11 brought a certain risk to 'traditional' outsourcing countries in Asia. This constitutes a great opportunity for the V4 countries [in central Europe], especially for Slovakia," explained Škodný.

He added: "Provided that political and economic stability is preserved, Slovakia will have the opportunity to become an 'investors' paradise', even for services with a high added value, as was the case in Ireland.

"A qualified and educated workforce, language skills, a close proximity to most European business centres, and cultural similarities, combined with the lowest cost level within the V4 countries, represent a key competitive advantage [for Slovakia]."

Adrian Westlake, the partner responsible for Accenture's financial services operating group in Slovakia agrees: "For international groups, Slovakia is an increasingly attractive country in which to locate shared service centres or to outsource non-core business operations."

"When such groups consider the operating expenses for their non-core business processes or application maintenance services in, for example, the European Union against the potential expense of doing the same in a near-shore location such as Slovakia, then we can expect a growing interest in relocating non-core operations here," Westlake further explained.

According to surveys conducted by Accenture in America, Europe, and Asia, outsourcing, which initially gained appeal as a means of reducing costs, is becoming more attractive for its strategic value.

Cost-cutting is still among the critical reasons behind outsourcing, but the executives also reported that effective implementation of ideas, control of reliability, and cost variability improvements are equally important.

According to Škodný, some traditional outsourcing areas are the design, maintenance and operation of IT solutions, finance and accounting, processing of orders, research and development, contact centres, and human resources (HR).

According to the survey, more than 85 percent of executives say they outsource one or more of their HR functions.

The functions most often outsourced in HR are administration, pension administration, recruitment, training and professional development, payroll, health and safety, and performance evaluation.

The outsourcing of finance and accounting functions is primed for growth, with more than 70 percent of senior executives predicting that demand will become even more prevalent over the next three years, according to a study released by Accenture and the Economic Intelligence Unit (EIU), an international information provider.

And while cost savings and increased productivity are generally key motivators for outsourcing, the study determined that finance and accounting outsourcing is increasingly being used as a catalyst for business transformation.

As the drawbacks of finance and accounting outsourcing, surveyed companies most often mentioned the risk of valuable data falling into competitors' hands, the risk that the cost of outsourcing will exceed expectations, and the erosion of in-house knowledge.

In the banking sector, credit card and mortgage processing were reported as areas most often outsourced.

In terms of internal operations, most banks reported outsourcing some aspect of their human resources function and information technology.

One third of banks surveyed reported not outsourcing any internal or external functions. These banks said they have sufficient staff to manage all functions internally, they do not believe it will be cost effective, or they fear a loss of control over key business functions.

Outsourcing has also become an important process in state administration.

The survey found that governments outsource mainly to improve the speed or quality of the service they provide to citizens and other constituents.

Among the activities and services that these governments most often outsource are staff training and education programs, finance and accounting, human resources, supply chain operations, and information technology applications and infrastructure.

"As governments become more experienced with outsourcing, they seek new ways to derive greater value from these arrangements. They are therefore more inclined to outsource processes such as procurement, finance and accounting, and human resources, which were previously considered too critical to outsource," said Steve Rohleder, group chief executive of Accenture's global government department.

While the Slovak government still is not very experienced in outsourcing, the United Kingdom, Canada, and the United States are among the biggest users of such external service providers.