Architecture of today, home and abroad

ARCHITECT Viera Mecková from Žilina was announced as this year's laureate of the Emil Belluš Award on October 10. The award is annually given by the Slovak Architecture Society (SAS) and the Fine Arts Fund for life-long work. On the occasion, The Slovak Spectator asked the president of SAS, Štefan Šlachta, about the developments and new trends in Slovak architecture.

The Slovak Spectator (TSS): Can you compare Slovak architecture with European, or world architecture? 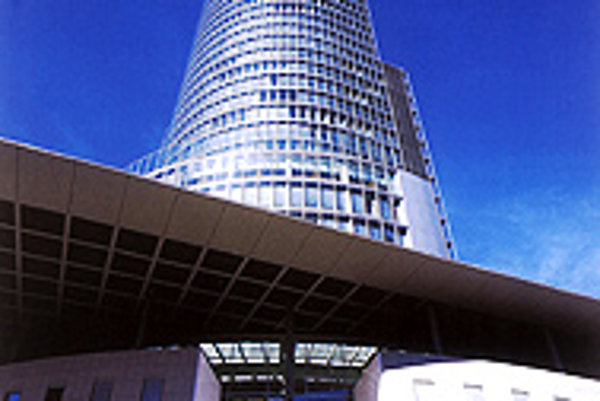 Font size:A-|A+
ARCHITECT Viera Mecková from Žilina was announced as this year's laureate of the Emil Belluš Award on October 10. The award is annually given by the Slovak Architecture Society (SAS) and the Fine Arts Fund for life-long work. On the occasion, The Slovak Spectator asked the president of SAS, Štefan Šlachta, about the developments and new trends in Slovak architecture.

The Slovak Spectator (TSS): Can you compare Slovak architecture with European, or world architecture?

Štefan Šlachta (ŠŠ): Let me start with a bit of a provocative statement. I'm beginning to have the impression that Slovak architecture is acknowledged more abroad than at home.

This is proven, for example, by Vienna's interest in exhibitions of Slovak architecture. Or, last week, an editor-in-chief of the world's oldest and most influential architecture magazine, [the French] L'Architecture d'Aujourd'hui, Axel Sowa, came and said that they want to devote part of the current issue to Slovakia. It's an unbelievable honour for us. He was mainly interested in Bratislava's new architecture, Baťa architecture in Partizánske, and the relationship of the historical town of Trnava to the new Peugeot construction.

ŠŠ: Sure, it does. Today, there's no problem with getting a certain material [for construction]; it's rather a question of money. People, especially the young, have the chance to travel and study architectural developments in other countries. We know about world trends
and our architecture reflects them.

While in the past there was one architectural style, today everything is allowed, as in the fashion industry. There are no limits in architecture anymore. The only problem is a lack of investment, which means not much work for architects.

One of the biggest opportunities we had was in sacral architecture - which we missed. When the architects found their way, after the first few years of groping around, they had to face a large barrier put up by the Church. This was mainly because the Church was not prepared for such a boom, and their [choices] slowed down the development of progressive architecture in Slovakia. There was a chance that Slovakia could have been written down in history, as during 12 years over 500 churches were built. However, only 10 percent of them are of good quality. And this is a terrible pity, because a church is a representative building of a municipality.

TSS: Now, I will turn the question around. Does Slovak architecture still reflect some typical Slovak features?

ŠŠ:I am not a supporter of talks about national architecture. I personally advocate the term regional architecture - which is an architecture that naturally reflects the climatic conditions, local use of materials, etc. I say this because, in Slovakia, we can find wooden houses in the Orava region and dirt houses in Záhorie. When talking about folk architecture, some roofs are made of straw, others of wooden shingle. Slovakia is too manifold.

I prefer talking about regional Carpathian architecture, which has its particular features. Often, this architecture is also called the 'coating' architecture, compared to the [architecture of] seaside countries, which uses simple brick masonry, uncoated. The coat would get damaged in such a [wet] climate. There is a wide use of wood and stone in our architecture.

These days, though, a lot of transparent-glass architecture is being built - as it is a world trend.

TSS: What are the foreign reactions to Slovak architecture?

ŠŠ: In a certain sense, our architecture was a discovery for [western] Europe after [the fall of communism in] 1989, when we started to exhibit abroad. For example, in 1996, during the 4th congress of Docomomo, an international organization that preserves modern architecture, many people were surprised to see our architecture. They just didn't know about it.

In the 1990s, we tried to enter the European scene with the architecture of the 20s and 30s, which back then was at the top of European architecture. Many of the works from that period are really noteworthy, such as the sanatorium in Vyšné Hágy, the Zelená Žaba recreation spot in Trenčianske Teplice, and Slovenská spori-teľňa on Kamenné Square in Bratislava. In 1932, Villa T in Karlova Ves and villa Verö in Nitra even appeared in a Dutch publication called The Most Beautiful Villas in Europe and America. Nitra's villa was later pulled down, but the one in Karlova Ves, originally built in 1929, has been reconstructed.

This architecture was taboo for 40 years [during communism], as nothing was publicised, and no research or reconstruction was done. Today, these buildings, which helped us to open the door to Europe in 1990s, are renovated and have their original beauty.

In the [communist] past there was nothing to exhibit, as the architecture was not of good quality. Today's architecture has changed, and we can show it to the world.