ON OCTOBER 21 the parliament approved legislation establishing the office of the special prosecutor and a special court, which the government hopes will be an effective tool in the fight against corruption and organised crime.
The measure represents a further shift in the organisation of the prosecution, a heavily discussed topic in recent weeks. 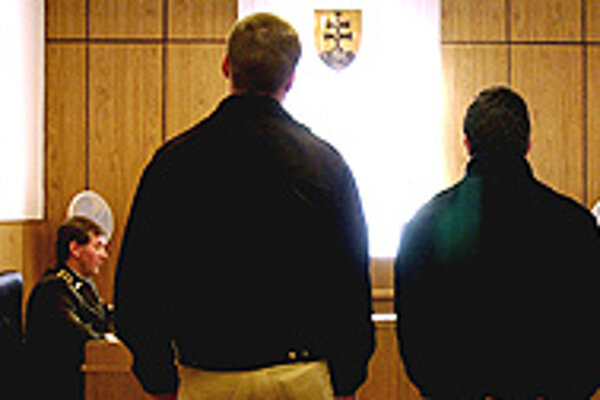 Font size:A-|A+
ON OCTOBER 21 the parliament approved legislation establishing the office of the special prosecutor and a special court, which the government hopes will be an effective tool in the fight against corruption and organised crime.

The measure represents a further shift in the organisation of the prosecution, a heavily discussed topic in recent weeks.

Legislators also passed provisions enabling the increased use of agents in the investigation of corruption and sanctions for those who fail to report bribery attempts.

"I'm glad and I would like to thank all MPs who voted in favour of the provisions," said Justice Minister Daniel Lipšic, who pointed out the key role the move is expected to play in the state's struggle against serious crime.

"The fight against mafia and corruption has to be a priority in every civilized society," said Lipšic.

The special judiciary body and its prosecutors will deal with especially serious crimes, such as corruption and organised criminal activities.

The parliament also gave them the power to handle proceedings against MPs, cabinet members, deputy ministers, and heads of central administration bodies. This is an authority that, for some time, has represented a sticking point for members of the ruling coalition.

"Using selected special judges for the liquidation of political opponents is plausible in a state that has had similar experience [with such practices] in the past," wrote Ján Drgonec, a constitutional expert and MP for the coalition New Citizen's Alliance (ANO), in an opinion piece published in the daily SME.

In the end, all parties of the coalition supported the measure, including three former members of the ANO caucus who now act as independent MPs.

Only people who pass the security checks of the National Security Office and receive clearance to handle classified information subject to the highest degree of confidentiality will be eligible to work in the newly created posts.

Special prosecutors and judges will be paid a monthly wage of as much as Sk80,000 (€1,940). By comparison, data from the Statistics Office shows that the average wage in Slovakia in the second quarter of 2003 amounted to just over Sk14,000 (€340).

They will also be entitled to personal protection, if it becomes required.

"I support such an institute, and when the political representatives conclude that it has to be in the form of law, alright then," he said, according to the SITA news wire.

However, Hanzel also added that a special prosecutor's office is already established at the Attorney's General's office.

"It is functional - buried in work, but it delivers results," he said.

On October 21 the parliament also approved an amendment to the act on budgetary rules, which governs the way the budget is created.

The government proposed that the Supreme Court and prosecution not get their funding directly through the budget, but that the money be given to the Justice Ministry, which would then pass it on.

The idea, supported by the ministry, has been met with sharp criticism from both institutions.

"[The move] may start a possible attack on the independent activity of the prosecution," said Hanzel for the Národná Obroda daily.

The justice minister has claimed that the Slovak system, which ensures prosecutors from the executive branch a high degree of independence, is a "communist relic" and prevents an efficient and coordinated approach to crime-fighting.

On this issue, ANO also opposed the coalition line. However, a compromise has finally been found. The prosecutors and Supreme Court will get their cash directly, but it can only be approved after the Justice Ministry takes its position on the proposal.

Interior Minister Vladimír Palko recently attacked the attorney general when he indicated that the prosecution is lobbying with MPs whom it has helped and with whom it is making political deals.

"I see this as incorrect and dangerous for the morale of the bodies active in criminal proceedings," said Palko on October 21.

"In my opinion, these suspicions are close to being pathological," said Hanzel in reaction, according to SITA.

The prosecution is likely to stay in the spotlight in the weeks to come, as Hanzel's election term will end in January 2004, and parties have been given until November 14 to present their candidates. Hanzel has said he will not run for office again.

Media speculate that the name of the new attorney general may be known even sooner, because negotiations over who will replace Hanzel may become a part of the ongoing political bargaining between coalition parties on the new National Security Office boss. That seat is already vacant, and the mandate of the interim director will expire at the end of the month.

However, coalition representatives have officially ruled out that the agreement on the new attorney general is part of a political trade-off.