IT IS a strange, confusing time to be an American. The presidential administration, and thus the media, regularly discuss the next planned terrorist attack. Recent evidence suggests that said administration manipulated the public's fear of this threat to gain support for an unprecedented preemptive war, despite worldwide (and many domestic) objections, and despite internal warnings of how messy it would be. 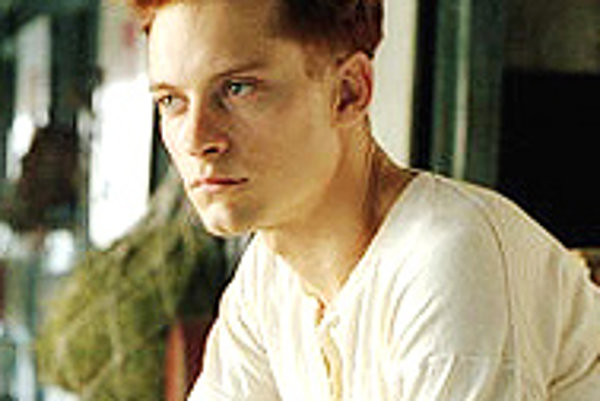 IT IS a strange, confusing time to be an American. The presidential administration, and thus the media, regularly discuss the next planned terrorist attack. Recent evidence suggests that said administration manipulated the public's fear of this threat to gain support for an unprecedented preemptive war, despite worldwide (and many domestic) objections, and despite internal warnings of how messy it would be. Against this backdrop, it can be difficult to recall what being an American is all about. Against this backdrop comes Seabiscuit, a film that attempts to inspire such a recollection.

Based on a true story of Depression-era America (1930s), the film tries to firmly entrench itself within American history; it frequently employs passages of still photograph montages accompanied by historical voiceover narration. This is a technique not unlike that of America's most well known historical documentary filmmaker, Ken Burns. Not coincidentally, Seabiscuit's narrations are courtesy of David McCullough, the narrator of a number of Burns' films, most notably his wildly popular Civil War miniseries.

Thus it is with a familiar, welcoming voice that Seabiscuit invites Americans to remember their history. Against the backdrop of the Great Depression, the most devastating time in modern American history, it tells the story of the racehorse that inspired a generation of impoverished, downtrodden Americans.

The horse and all three main characters have experienced hard times and are in search of a second chance. Seabiscuit has gone through numerous trainers, all of whom have discarded him as too small, too lazy, too stubborn.

The horse's current owner, Charles Howard (Jeff Bridges), a self-made businessman, has tragically lost his son, lost his wife, and lost his direction. The trainer, Tom Smith (Chris Cooper), is a loner whose exceptional understanding of horses alienates him from the profit-maximizing horseracing industry. Red Pollard (Tobey Maguire) is an angry young man that repeatedly tries but fails to succeed as a jockey, something he is told he is too tall to be.

It is through one another that this horse and these three men find their second chance. Through them, none of whom is of "superior breeding", the American public finds hope, freedom, and the possibility to make one's own destiny - the very things that they have been taught bind them together.

In its unmistakable use of this horse and these men to symbolize the search for the American dream, Seabiscuit comes dangerously close to triteness and unnecessary sentimentality.

But, in the hands of such adept performers, it escapes such a fate; instead, it is a well-crafted and enjoyable, if ultimately unremarkable, film. Much like the American dream, it does not actually achieve all it strives for.