THOUGH Kechnec has been the Slovak home for two foreign firms for a long time, one of the best prepared industrial zones in Slovakia, the Kechnec Industrial Park, housing newly constructed public infrastructure financed by the government at the price of Sk184.3 million (€4.45 million), was officially opened on October 29.
So far, 10 to 15 firms have indicated interest in moving into the new park, which is a green field with 332 hectares available to investors near the eastern Slovak city of Košice. 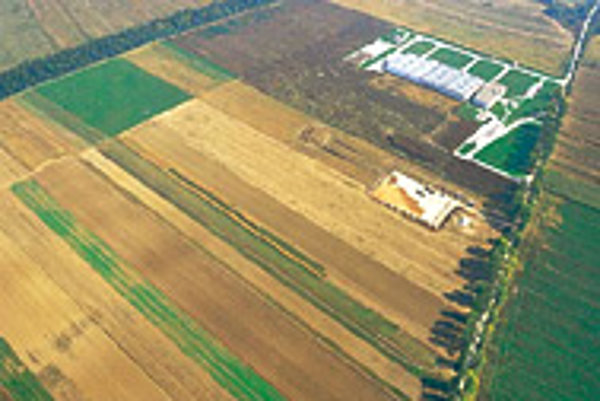 Font size:A-|A+1
THOUGH Kechnec has been the Slovak home for two foreign firms for a long time, one of the best prepared industrial zones in Slovakia, the Kechnec Industrial Park, housing newly constructed public infrastructure financed by the government at the price of Sk184.3 million (€4.45 million), was officially opened on October 29.

So far, 10 to 15 firms have indicated interest in moving into the new park, which is a green field with 332 hectares available to investors near the eastern Slovak city of Košice.

According to the Chairman of the board of the Kechnec Industrial Park Project (KIPP), Róbert Urík, four companies have already purchased land to run their business in Kechnec.

The park's rise is in overall synergy with the territorial development of the municipality of Kechnec.

"The objective is to create a centrally coordinated park, which will be beneficial to all park investors, the town of Kechnec, and the overall region," Urík added.

Kechnec is easily accessible to the Košice International Airport, and a connection to the European Highway System in Hungary is only 20 kilometres away from the park.

Molex Slovakia and the Belgian company Gilbos Slovakia, already operating in Kechnec, have created more than 700 new job opportunities, which have been an important asset in a region with a high unemployment rate.

"We estimate that approximately 3,500 new job opportunities will be created. However, it is hard to tell when exactly it would happen," Urík told The Slovak Spectator. According to him, the number of new jobs depends chiefly on the potential investors and on what kind of production they plan.

The facility covers an area of 3,600 square metres, is equipped with cutting-edge technology, and has created 100 new jobs.

When entering the Slovak market, Molex pledged to invest $75 million (€63.86 million) over the next ten years in Slovakia.

The economic surge has had an impact on the lives of Kechnec locals. However, the mayor of the town of Kechnec, Jozef Konkoly, hopes that not only the living standard of the locals but also the wider region will enjoy the benefits that the presence of foreign investors brings. After all, Kechnec not only offers land for a very competitive price [Sk50 (€1.21) per square meter] but additional complementary services.

"We built a new multipurpose congress hall for 250 people, a recreational area, a waste water purifier with a sewer system. We are finishing a healthcare centre, and we also plan to start an integrated European school project to offer education in foreign languages from the kindergarten to the university level," Konkoly told the press.

When asked about the environmental precautions taken to make sure that the park does not have a negative impact on the environment, Urík said that potential investors were informed about emission quotas regarding air and water pollution.

He stressed that the emissions will be strictly monitored.

As the first firms moving to Kechnec were Belgian and American, the embassies of Belgium and the United States stood over the cradle of the Kechnec Industrial Park and have been supportive of the project overall.

The idea to create an industrial zone originated in the town of Kechnec in 1996. The first investor to actually buy land, in 1996, was the Italian company PIERO.

The region of Eastern Slovakia, due to its strategic location, will become an important crossroads of trade between EU members and non-members after Slovakia joins the union. There are 350 million people residing within a one-day truck drive, which is more than could be reached in the U.S. and Canada, Kechnec officials claim.

Apart from Kechnec, also underway is a chemical industry park in Humenné near the premises of the former Chemlon firm, where Rhodia Industrial Yarns has expressed interest in settling, along with a Czech firm and a Norwegian firm.

The Humenné park is scheduled for completion at the end of 2003, and should employ 250 people.

A wood processing park in Spišská Nová Ves is being built with EU help on the premises of the furniture factory of the now-bankrupt Nový Domov. It too should be complete by the end of this year.

A park near the town of Rožňava is emerging on the site of the bankrupt Želba mining and smelting firm, and should be finished in 2004.

Finally, parks in Poprad and Michalovce are coming off the drawing board with the support of existing local investors Whirlpool and BSH Drives and Pumps, who intend to draw their suppliers to their vicinities to cut production costs.

Though several municipalities have had ambitions to built industrial parks in Slovakia, currently the country has only five functioning parks, which are located in Lozorno, Devínska Nová Ves, Vráble, Sládkovičovo (all in western Slovakia), and Kechnec.

Eric Smillie contributed to this report.