APPROVAL of the János Selye University, which is to open in January next year and primarily serve Slovak citizens of Hungarian ethnicity, stirred protests by opposition MPs and other groups who said the institution would be a tool for the gradual Hungariansation of the Slovak south.
MPs passed a law on October 24 establishing the Hungarian university, as it is commonly called, in the southern Slovak town of Komárno, amid protests by the opposition, who insisted that the university would discriminate against Slovak nationals who did not speak Hungarian. 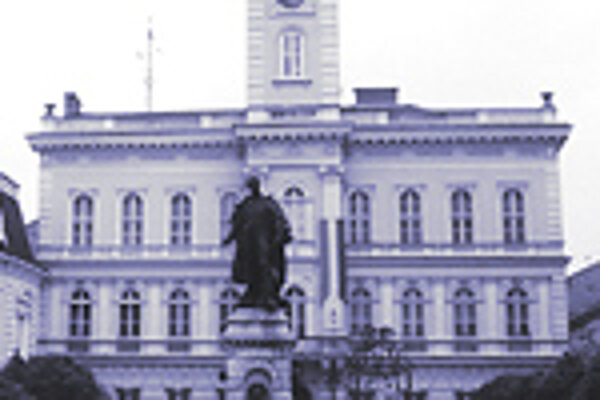 Font size:A-|A+0
APPROVAL of the János Selye University, which is to open in January next year and primarily serve Slovak citizens of Hungarian ethnicity, stirred protests by opposition MPs and other groups who said the institution would be a tool for the gradual Hungariansation of the Slovak south.

MPs passed a law on October 24 establishing the Hungarian university, as it is commonly called, in the southern Slovak town of Komárno, amid protests by the opposition, who insisted that the university would discriminate against Slovak nationals who did not speak Hungarian.

The university will hold lectures in Hungarian, Slovak, German, and English. The establishment of the university is part of the cabinet's program and is in line with Slovakia's commitment to a European charter on regional and minority languages that binds the country to give greater access to university education to its ethnic minorities.

In Slovakia there are about 500,000 ethnic Hungarianians who form about 10 percent of the population.

Representatives of the Hungarian Coalition Party (SMK) were happy with the passage of the law. Some parliamentary opposition MPs, such as Ľudmila Mušková from the Movement for a Democratic Slovakia (HZDS), are considering initiating a motion in the Constitutional Court (ÚS SR) challenging the legislation as discriminatory.

ÚS SR is a national authority that decides legal disputes.

During a parliamentary discussion, Mušková said that the "creation of the university will contribute to the gradual Hungarianisation of Slovakia".

She maintained that Slovaks who did not speak Hungarian would not be able to study at the university, despite the guarantee in the Slovak constitution that citizens have the right to study at every state-funded university.

The establishment of the university, named after a well-known Hungarian academic born in Komárno, will cost Sk100 million (€2.4 million).

In an extensive piece published by the pro-HZDS Nový deň daily on October 18, Markuš, who, paradoxically, is a brother of Slovakia's former ambassador to Hungary, stated that "the project of the Hungarian university as such includes an expansive element of Hungarianisation."

He said that a possibly low number of applicants could lead the university to even accept Slovak nationals who partly spoke Hungarian and, by providing them with various stipends and other funding, would "try to gradually Hungarianise them".

On October 27, Markuš said to The Slovak Spectator that he stood behind his comments and added that the project was also "questionable in terms of its financial aspect".

"It is questionable whether such investment is necessary at a time when Slovak educational institutions are facing a difficult financial situation," Markuš said.

Fronc also disagreed with Mušková's opinion that the law on the Hungarian university was unconstitutional, saying that if it were true, "it would mean that other minority educational institutions could not work either."

"The university will help increase the level of university education among the Hungarian minority," Fronc said.

According to cabinet statistics, in 2001 only 5.3 percent of Hungarians living in Slovakia had university degrees, compared to 10.4 percent of those of Slovak origin.

But other opposition MPs also protested the creation of the university: Dušan Čaplovič from the Smer party dubbed it "a provincial and non-European act".

"The creation of the university ... is in fact a way towards the declaration of a certain autonomous area where Slovaks will gradually be pushed out, or else assimilated," Čaplovič said during the parliamentary debate.

SMK deputy Erzsébet Dolník, who is also a member of the parliamentary education committee, dismissed the statements as untrue and said "similar [anti-Hungarian] arguments are repeated every time parliament votes on any Hungarian issue."

Dolník told The Slovak Spectator that the university would increase the education levels of the Hungarian minority and also enable young people from the south to study at a university that is close to their homes, rather than travel long distances to other cities.

The institution will be Slovakia's 25th university and will consist of three faculties: pedagogical, economic, and theological.

However, an evaluation of the university plan by the state's academic authority, the accreditation commission (AK), was also mixed.

The AK only stated that in its opinion, Slovakia did not need another educational facility of higher education.

The Hungarian university law has yet to be approved by Slovak President Rudolf Schuster.