Coalition failed in its human relationships

PAVOL Rusko, head of the liberal New Citizen's Alliance (ANO), is a newcomer to politics. Yet, despite being founded in May 2001, just over a year before the national elections, ANO made it straight to the cabinet.
Shortly after the cabinet took office, conflicts inside the four-member ruling bloc put the liberals into sharp opposition to their ruling partner, the conservative Christian Democrats (KDH). 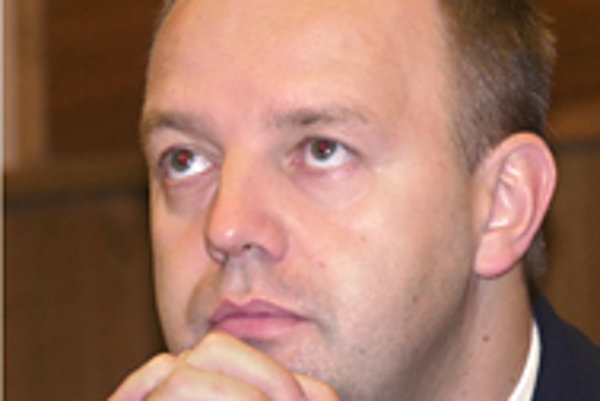 Font size:A-|A+
PAVOL Rusko, head of the liberal New Citizen's Alliance (ANO), is a newcomer to politics. Yet, despite being founded in May 2001, just over a year before the national elections, ANO made it straight to the cabinet.

Shortly after the cabinet took office, conflicts inside the four-member ruling bloc put the liberals into sharp opposition to their ruling partner, the conservative Christian Democrats (KDH).

Some of these conflicts directly involved Rusko, who in 1995 founded the country's most popular TV station, the private TV Markíza. Rusko accused KDH of abusing the police to discredit him. This scandal and a major ideological dispute regarding ANO's draft amendment to Slovakia's abortion legislation put the ruling partners on opposite sides of a battlefield.

Today, Rusko says he regrets what happened and admits that the "coalition failed in its human relationships". Yet he refuses to accept the critical evaluation of the people who, in several public surveys, expressed their disappointment with the cabinet's performance.

Rusko is optimistic about the cabinet's future, even though the ruling parties only have 75 out of 150 MPs. They lost a formal majority in the chamber after three ruling politicians, two of whom came from Rusko's ANO, left their mother parties to become independent MPs.

Rusko spoke to The Slovak Spectator on October 20.

The Slovak Spectator (TSS): Just over a year since the new cabinet entered office, surveys show massive public disappointment with the government's performance. In what shape is the initially enthusiastic, pro-reform cabinet today?

Pavol Rusko (PR): This cabinet started reforms and it continues to work on them. Many objections can be raised against this cabinet, but certainly not a lack of will to accomplish reforms. We started the health reform, the tax reform, and the pension reform. To a large extent, we have consolidated public finances and have continued decreasing the indebtedness of Slovakia. We took serious measures that will help to strengthen the economic environment as a whole.

I am convinced that many of these steps were the right solutions and in two or three years they will bear fruit.

TSS: But there have been plenty of internal coalition fights...

PR: That is the biggest problem. The coalition has totally failed in terms of human relationships, and it will be a challenge to try and move away from this track. The coalition was unable to create an environment of mutual trust and cooperation. It started with major conflicts, especially those between KDH and ANO. I am very sorry about that. We can discuss the conflicts, but I cannot imagine how it could be different if only one of the partners changes. All four of us must change.

TSS: What is your relationship with KDH today?

PR (shrugging his shoulders):We prefer to have no contact at all so that we don't bounce into each other. But it is slightly better than in the times of the abortion amendment [When ANO proposed the amendment to the Slovak abortion law, KDH said that if the law passed, it would demand the PM to recall all ANO ministers from the cabinet, ed. note]. That was an example of fundamental hatred.

They [KDH] are capable of hating someone who holds an opinion that is different from theirs. I can live with that, although this was a very sad lesson I learned.

TSS: The ongoing parliamentary session poses several challenges for the ruling MPs. ANO's Ľubomír Lintner could be voted in as parliamentary deputy speaker, but the coalition does not have sufficient votes after losing several MPs, including two from your own party [Branislav Oparený and Robert Nemcsics].

PR: As far as Mr Lintner goes, let's not speculate. I am convinced that he will behave as a statesman and that he will not put the coalition's fate at stake. [ed.note: The ruling coalition failed to elect Lintner on October 30.]

TSS: During the session, MPs will vote on other big issues, especially the 2004 state budget, the passage of which is important for the country's economy as a whole...

PR: As far as the budget goes, I am an optimist.

TSS: In parliament there are two former ANO MPs who are now independent. Your ruling partners, such as Béla Bugár of the Hungarian Coalition Party (SMK), have indirectly accused you of putting the coalition in a difficult position because the coalition needs every vote. What do you say to that criticism?

PR: There's an ox that forgot that it once was a calf. Mr Bugár himself had his own problems when he founded his party years ago. There were disagreements; they were splitting and coming back to each other. They separated and integrated. He should not blame others for something that he and his own party also went through.

The process of creating a party is painful. You can't see inside of people. You don't know how they will behave and to what extent they are fair or pharisaic.

Today, the situation in ANO is much better than it was some two or three months ago. I think that if we make use of this situation, it can bring us fruit in a short period of time.

PR (smiles): At every meeting of ANO's board of chairmen, I have one or two members shot dead and throw the rest in a dungeon and keep them there without bread or water.

Opaterný is a windbag. If he would only come to the board of chairmen and tell his objections publicly, straight to my face, I would not have problems with that.

It makes no sense to try and rebut this [criticism], but it is one thing to have the ability to argue and convince people, and another thing to shout at and threaten people. I respect the people [in ANO] too much to do any of the latter. ANO is not [TV] Markíza, where in the station's beginnings, things were quite hard in this respect because we were building something on a green field, and there was no time to discuss and decide. Back then it was necessary to enforce some rules just to get the mechanism moving.

The situation in Markíza today proves that that made sense. As time went by, I was allowed to growl less and less in Markíza. I still growl occasionally. But all colleagues do that sometimes.

When [Finance Minister Ivan] Mikloš and [Labour Minister Ľudovít] Kaník were talking about the pension reform, they were almost throwing plates at each other. This is normal. There is no reason to say that someone is a dictator because of that.

TSS: But it is exactly on people such as MP Opaterný that the coalition now relies for support of cabinet laws in parliament...

PR: That is politics.

TSS: Is that a sustainable situation? Every time a new law is discussed in parliament, the coalition will have to negotiate for support with these MPs.

PR: Look, in the Czech Republic [the cabinet MPs are] one vote [stronger than the opposition]; in Poland there is a minority government.

TSS: So you don't see that as a dramatic situation?

PR: No, because many of the laws are in line with the cabinet's program and these MPs [who left the coalition] declared clearly that they would support the cabinet program.

TSS: You mentioned TV Markíza. You were criticised by many media over allegedly making the economy ministry a "Ministry of Markíza" because since you have come to the post, a lot of your former Markíza colleagues have been employed here...

PR: I am already used to quite a great deal of nonsense from [the daily] Pravda.

I could have hired Pravda people instead but I don't know what their qualities are.

I came from Markíza. It's a result of my work. I met some clever people during that time and I would be a fool if I did not want them here just because of what some scrivener says.

Where did [head of public television Richard] Rybníček [the former director of commercial TV Joj] find people to work with him in STV? From Markíza? No, from TV Joj. And I understand that.

TSS: Do you still have influence over Markíza? A survey by media watchdog MEMO98 dating back to the times of your conflict with KDH showed that, during the ANO - KDH conflict, Markíza news was very critical of KDH, more than of other parties. Many wonder if this is more than a mere coincidence.

PR: It is not a coincidence. It's the thinking of Markíza people. I picked them and I worked with them. They don't think the KDH way. They have a liberal background.

MEMO98 is an organization that works here on its own terms, and I would not be surprised if I found out that it does some work by contract. But just like Markíza, MEMO98 too has a right to life.

[Markíza reporters] are not stupid people whom I could call and dictate the look of their stories. I want to absolutely deny my participation in [the creation of] any news stories.

TSS: As a former businessman entering politics for the first time, what is characteristic of local politics?

PR: Politics everywhere is a fight for power and influence because, without them, parties would not be able to fulfil their promises to voters. If you are going to a potato field, you need a hoe. But if there are only three hoes, you must fight for them because, without them, you can't dig out potatoes. This fight for hoes is permanent in politics, and it is interesting to watch how people behave in it. How much incredible filth, betrayal, and evil the creature called the human is able to produce.

But again, I stress that this is not a specific characteristic of Slovakia.

TSS: And you can still work in such an environment?

PR: The other choice is that I would not be there and a space would open up for those whom I consider to be even worse.