Introduction
Covering an area of 9,455 square kilometres, Banská Bystrica represents the biggest region in Slovakia.
It is full of contradiction. On one hand, it is rich in natural beauty, but on the other, it belongs to those regions most burdened by high unemployment and poverty.
The Banská Bystrica region is situated in the south of central Slovakia 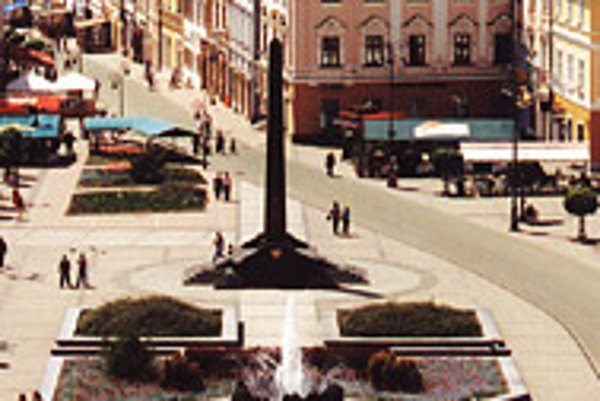 It is full of contradiction. On one hand, it is rich in natural beauty, but on the other, it belongs to those regions most burdened by high unemployment and poverty.

The Banská Bystrica region is situated in the south of central Slovakia. Its neighbouring regions are the Nitra, Žilina, Prešov, and Košice regions. In the south, it borders Hungary.

Primarily due to its terrain, which is mostly covered by forests and agricultural land, the population density in the region is the lowest in Slovakia, at 70 inhabitants a square kilometre. It has about 662 thousand inhabitants. The region consists of 516 settlements, out of which 24 have been granted the town statute.

The centre of institutions, economy, and culture is the town Banská Bystrica, where 12.7 percent of the overall population of the region is concentrated.

The region is unique because of its natural conditions. The northern part of the region has a mountainous and submountainous character, with many attractive and protected natural territories. In the south are typical lowlands. The climate can vary from cold in the north to mild in south.

There are three national parks in the Banská Bystrica region - the Low Tatras, Muránska planina (plateau), and Slovak Paradise, as well as the protected areas of the Cerová vrchovina (highlands), Poľana reservation (a UNESCO biosphere reservation), Štiavnické vrchy (mountains), and others.

The biggest rivers in the region are the Hron, Ipeľ, and Slaná.

Here you can also find healing and thermal water springs, for example in the Dudince, Brusno, Kováčová, Sliač, Číž, and Sklené Teplice spas. Overall, there are about 265 mineral water springs in the region.

The Banská Bystrica region holds significant deposits of various raw materials like brown coal, metal, and non-metalic ores. The centre of the Juhoslovenská fold, Novohrad, is wealthy in silicate, which is important for the economic life of the region. Wood also plays a significant role.

In the middle ages, the towns of Banská Bystrica, Kremnica, and Banská Štiavnica were well known in the whole of Europe for their rich deposits of gold, silver, lead, copper, and zinc. Today these are mostly exhausted. The Canadian firm Tournigan Gold Corporation is, however, planning geological surveys that it hopes will lead to the reopening of the Kremnica gold mines after acquiring the Slovak mining company Kremnica Gold.

GDP generated in the region shared 10.93 percent of the overall Slovak GDP in 2000. GDP in the region is mainly created in the spheres of commerce, hotel services, shipping, telecommunications, and industry.

Industry is responsible for over 60 percent of regional exports.

Metallurgy is, thanks especially to the mining history of the region, the dominant industry from the point of view of sales and employment.

It puts out more than 60 percent of all industrial exports in the region.

Other important sectors are the cellulose and paper industries, represented by companies like Neusiedler SCP, Ružomberok; and SHP, Harmanec. Operating in the pharmaceutical and chemical industries are the Biotika and Fermas companies in Slovenská Ľupča, and Petrochema a.s, Dubová.

In the southern part of the region, which is a basis for the food industry, the companies Tauris, a.s., Rimavská Sobota; and Hrádok Mäsokombinát, s.r.o., Lučenec are located.

An area of approximately 20 hectares in the Veľký Krtíš district is projected to be a privately owned industrial park. Its ambition is to encourage the further industrial development of the region.

460,000 hectares of forests make this the most forested region of Slovakia.

This ranks Banská Bystrica seventh, which is among the lowest, of all the regions in Slovakia in the level of FDI. The region's FDI represents a 3.35 percent share of the whole volume of foreign investments in Slovakia.

The investments of German Degussa Hüll AG in the pharmaceutical company Fermas, s.r.o., Slovenská Ľupča belong among the most significant in the region. The cellulose and paper company Neusiedler SCP, a.s., Ružomberok is owned by Neusiedler Austria.

Banská Bystrica suffers from the highest unemployment rate in all of Slovakia. The rate reached 25.2 percent in 2002, compared to 22.4 percent in 2001.

The number of vacant jobs was the lowest among all the regions in August 2003 and represented only a 7 percent share of the overall number in Slovakia.

More than 95 percent of unemployment is among those with basic education and specialised education without examination. This population, numbering about 75,800 people, is generally difficult to place in the labour market.

The University of Matej Bel and the Academy of Art in Banská Bystrica and the Technical University in Zvolen represent higher education.

The region's Sliač airport is located in the Zvolen district. It is necessary, however, to improve the institution's infrastructure and conditions to enable international connections.