THE LARGEST festival of contemporary music in Slovakia, Melos-Ethos, opens this coming Friday, November 7. During its ten days, the festival will offer a handful of symphonic, chamber, and electronic works composed and performed by international artists.
This 7th year of the biannual festival will focus on the work of composers from northern and Baltic countries. 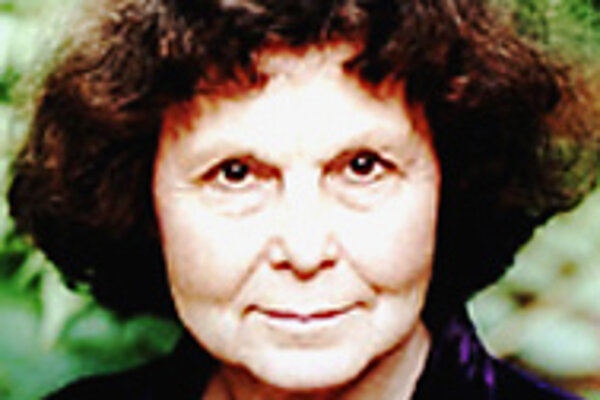 Font size:A-|A+
THE LARGEST festival of contemporary music in Slovakia, Melos-Ethos, opens this coming Friday, November 7. During its ten days, the festival will offer a handful of symphonic, chamber, and electronic works composed and performed by international artists.

This 7th year of the biannual festival will focus on the work of composers from northern and Baltic countries. The dominant personality will be the composer of Tartar origin Sofia Gubaidulina, who currently lives in Vienna.

"She is a significant composer of the 20th century, following the line of the biggest geniuses of the Russian school," said Jozef Lupták, the festival's artistic director. He also added that none of her works have been performed yet in Slovakia.

The public, though, will not only have the chance to listen to her compositions and meet her at the concerts dedicated to her works (November 14, 15 and 16), but also to talk to her in person on the morning of November 15 after the screening of a film about her life story starting at 10:00 at Astorka Korzo '90 Theatre, and before the opening of an evening entirely devoted to the composer at 19:30 at Moyzes Hall.

While the November 14 and 16 concerts will feature Gubaidulina's earlier compositions, the concert on November 15 will present four of her newer works, such as Fata Morgana: The Dancing Sun for Eight Violoncellos performed by Slovak musicians, and On the Edge of the Abyss for Seven Cellos and Two Waterphones. Gubaidulina, together with Adrian Rajter, will play the waterphone instrument by rubbing the rims of bowls filled with water.

The festival opens at 19:30 on November 7 at the Slovak Philharmonic with a concert performed by the institution's orchestra and the British-based group Synergy Vocals led by Hungarian conductor Zsolt Nagy. They will play symphonies by Vladimír Bokes, Witold Luto-slawski, and Luciano Berio.

"The opening concert is non-traditionally composed of three premieres - one for the world and two for Slovakia," said Adrian Rajter, the festival's coorganiser, highlighting Berio's Symphony for Eight Voices and Orchestra. This work was composed in the end of the 1960s, on the verge of postmodernism and avant-garde trends, and imposes enormous demands on an orchestra's composition, meaning that it will be "different from the one we are used to seeing on stage".

Among the fifteen concerts in the festival's programme, which will feature tens of compositions performed by dozens of musicians from around the world, is also a performance by Schlagquartett Köln from Germany. One of the world's top percussion ensembles, the group will play four works; two German, one Korean, one Slovak, at the Slovak Radio building on November 12 at 19:30.

The next evening, at the same venue, will be devoted to electronic music. A pianist and pedalophone player, a violinist, and a soprano singer will perform six multimedia works awarded at prestigious world competitions under the title Sound, Images, and Space.

The festival will close at the same place it opens, the Slovak Philharmonic, again with a large orchestra concert.

The last piece of the evening will be Gubaidulina's Offertorium, a work inspired by the Christian liturgy and featuring an expressive solo part performed by one of the world's most successful violinists, Mihaela Martin.

The cultural mix between the composers and musicians performing their works points to the festival's aim - an interconnection of cultures.

"We try to include Slovak composers in European-world contexts and bring foreign musicians to perform Slovak works," said Lupták.

For more information on the festival visit the Slovak Music Centre on Michalská 10, Bratislava, or call 02/5920-4837. Tickets can be bought one hour before the concert at the venue or via www.ticketportal.sk.