Sale must go on

DESPITE fierce criticism from the ranks of the opposition, the parliament approved an amendment to the law on large-scale privatisation on November 11, which will enable the state to sell off its remaining stakes in major, formerly state-owned companies.
The firms, which can now be put entirely into private hands, include the Slovak gas utility Slovenský plynarenský priemysel (SPP), oil transporter Transpetrol, and the Slovak electricity works Slovenské elektrárne (SE). So far, the state has had to retain at least 51 percent of shares in these companies.
The move was heavily criticised by Robert Fico, leader of the opposition Smer party. 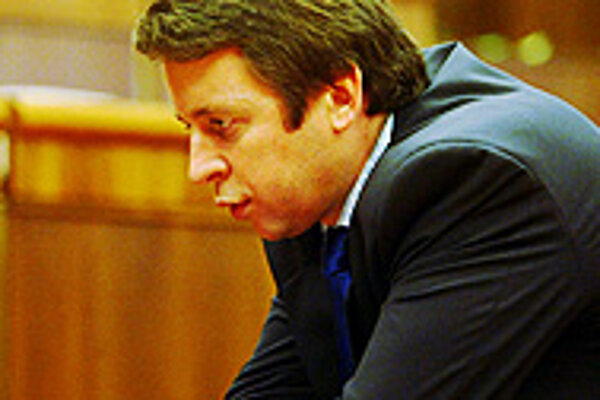 Font size:A-|A+
DESPITE fierce criticism from the ranks of the opposition, the parliament approved an amendment to the law on large-scale privatisation on November 11, which will enable the state to sell off its remaining stakes in major, formerly state-owned companies.

The firms, which can now be put entirely into private hands, include the Slovak gas utility Slovenský plynarenský priemysel (SPP), oil transporter Transpetrol, and the Slovak electricity works Slovenské elektrárne (SE). So far, the state has had to retain at least 51 percent of shares in these companies.

The move was heavily criticised by Robert Fico, leader of the opposition Smer party.

"The voting on the law on large-scale privatisation showed that the ruling coalition can always agree when it comes to full mangers," Fico said in reaction to the decision. Fico has repeatedly stated that the prospects of financial gains from privatisation will keep the coalition together despite its many internal disputes.

The Smer leader has argued that by selling companies of strategic importance, the administration is giving away the country's "family silver" and called the measure "a move against national interests". He warned that Slovakia would lose its sovereignty and turn into a "banana republic".

Some political commentators suggest that Fico may only be interested in postponing the privatisation process until he gets to power.

According to all relevant surveys, he is the country's best-liked politician and his Smer party enjoys a comfortable lead in popularity polls.

Fico declared over the weekend that the deliberations on the issue will be "one of the greatest post-election struggles between the coalition and the opposition" and likened the expected clashes to the battle of Waterloo.

The caucuses of the coalition parties currently have only 75 members, exactly half in the 150-member legislative assembly. Although three MPs who broke away from the coalition New Citizen's Alliance (ANO) also vote with the ruling parties, it is not certain whether the coalition can fully rely on the renegades' support.

However, the opposition, although united in its criticism of the measure, did not agree on a coordinated action in the course of the parliamentary debate. The three ex-ANO members voted with the coalition, and the proposal passed with the support of 75 of the 123 voting MPs.

Representatives of the ruling parties have welcomed the results.

"I was optimistic and believed that the coalition would find enough strength to push it through," said Transportation Minister Pavol Prokopovič for the SITA news agency.

Supporters of the amendment have argued that state-run companies have often been mismanaged in the past, and that private ownership guarantees better and more transparent performance.

"No one is calling the [formerly state-run banking institution] Slovenská sporiteľňa saying 'give my buddy a loan'," Finance Minister Ivan Mikloš said to the SME daily about the improvement privatisation has brought to formerly state-controlled institutions.

Moreover, the administration has plans that can only be funded by the additional cash flowing into state coffers from the sale of the state's stake in the large firms.

"We need the non-budgetary income to launch the pension reform," said Prokopovič for TV Markíza.

Fico has been very vocal about privatisation in the past. "Commission fees from privatisation may be the source of the enormous wealth of [former prime minister and] head of Movement for a Democratic Slovakia (HZDS) Vladimír Mečiar," Fico said in February, 2003.

"Considering what happened in SPP, deputy PM and Finance Minister Mikloš is also an enormously wealthy man - maybe even more so than Mečiar," Fico added. Mikloš has since filed defamation charges against Fico.

Before the recent parliamentary debate, Fico again touched on the SPP privatisation deal. He mentioned that the agreements on the privatisation of SPP, by which 49 percent of shares in the company were transferred into private hands, include an option for the purchase of a further three percent package of shares by the purchaser.

This was, in Fico's view, a way of getting around the state's obligation to keep a majority in the firm. Fico asked that such steps not only be prohibited in the future, but that such existing provisions be cancelled.

Critics have warned that such demands may put into doubt the legal stability of Slovakia and scare off potential investors.

Although the government is now free to sell the companies, decision-makers say the state is in no hurry to give up its stakes in all of them.

"There are companies that we don't want to fully privatise," said Economy and Privatisation Minister Pavol Rusko, mentioning SPP and Transpetrol.

One firm that is certain to change owners in upcoming months is the electricity-maker SE. Investors were asked in early October to present bids for purchase, and a total of 10 investors have done so (see box).

The next step in the privatisation process will be the selection of investors and the shortlisting of firms that will be allowed to carry out due diligence in SE. The shortlist should be finalised by the end of this year.

It remains to be seen whether SE will be privatised as a whole, or whether the company will be divided into two entities - one owning the conventional power plants, and the other running the country's nuclear power plants.

"More than two investors are interested in SE as a whole," said Rusko at a recent press conference.