Cultural relations between Slovakia and Austria are warming up
THE SLOVAK and Austrian nations have always been connected by close social and familial relationships, and after the fall of the iron curtain these relationships were renewed, said Austrian Ambassador to Slovakia Martin Bolldorf in an interview with The Slovak Spectator. The ambassador said that if one takes a phone book from Bratislava and Vienna, one finds the same names listed there. 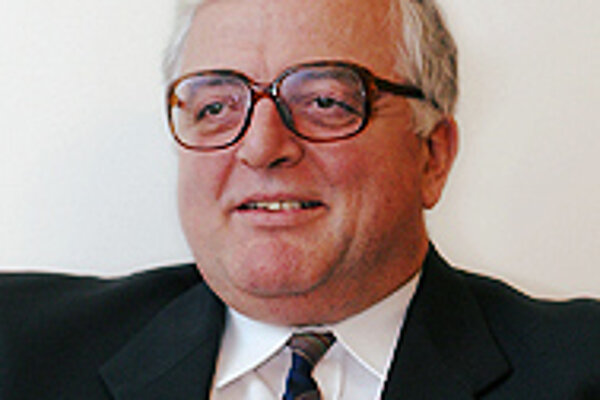 THE SLOVAK and Austrian nations have always been connected by close social and familial relationships, and after the fall of the iron curtain these relationships were renewed, said Austrian Ambassador to Slovakia Martin Bolldorf in an interview with The Slovak Spectator. The ambassador said that if one takes a phone book from Bratislava and Vienna, one finds the same names listed there. "The character of the people in this region is very similar, so Austrians in Bratislava feel almost like they are at home," says Ambassador Bolldorf.

The Slovak Spectator (TSS): The geographical closeness and connections between Bratislava and Vienna have already inspired different forms of cooperation. Is the potential of these links fully explored?

Martin Bolldorf (MB):Bratislava and Vienna are like twin cities, separated by a distance that is not even 60 kilometres. I think they are the closest neighbouring capitals anywhere in the world. This makes the links necessarily intense. However, the potential for cooperation in the region has not been fully explored at all. Considering the growing importance of the region, even more cooperation is necessary, and not only between the capitals, but also the villages on both sides of the border.

A study the Organization for Economic Cooperation and Development recently published has dubbed the Bratislava-Vienna region one of the most important economic regions in Europe.

However, Austrians still need to do their homework in developing the infrastructure to create better connections, including a bridge over the Morava River. We also have not explored the potential of using the Danube River, which creates a close connection between the major cities.

Moreover, after the country's EU entry, Slovakia will become an essential part of a common economic area where the same standards and same market conditions apply.

TSS: Do you feel that the Slovaks and Austrians know enough about each other?

MB: The answer is yes and no. We feel very privileged and happy that the Slovaks' knowledge of Austria is very high. During the communist regime, Austrian television and radio served as a window for the Slovaks to another world, to a free world, and it determined their knowledge about my country.

On the other hand, Austrians' knowledge of Slovakia is not as deep as it should be. There is something like a mental barrier against the postcommunist countries that the Austrians have been trying to overcome, and they seem to be succeeding. The EU entry will be a great chance for European countries to overcome these barriers.

Certainly, concerns over the Slovak labour force flowing into Austria might be present. The migration is something you cannot really predict. However, the development of the past two years does not indicate that Slovaks would invade the Austrian labour market, as they do not migrate easily. If people from regions where the unemployment exceeds 20 percent have not moved to Bratislava, why would they come to Austria?

I also have to say that the Austrians are happy to have Slovak labour present on their market. Especially in the social care sphere. If the Slovaks were not there to take jobs in hospitals or other social service institutions, the system would crash.

TSS: In the past, most importantly under the communist regime, Austria was a symbol of contact with the Western world for Slovakia. How will Slovakia's entry to the EU modify Slovak-Austrian contacts?

MB: As to the quality of relationships, under the communist dictatorship the countries were "neighbours". After Slovakia's entry to the EU, the countries will become partners sharing interests and also concerns. They will proceed jointly in advocating these shared interests in Brussels. The nations have always been connected by close social and familial relationships, and after the fall of the iron curtain these relationships were renewed.

TSS: Many feel that the Slovak-Austrian cooperation is too Bratislava centred. Are the Austrians also present, culturally and economically, in other regions of Slovakia?

MB: It is quite normal from the geographical point of view that the neighbouring regions focus on each other. However, Austrian business is evident throughout the regions. Apart from the banks, we have the paper manufacturer Neusiedler in Ružomberok, and many other Austrian companies. We have an Austrian Library in Košice and a fecund cooperation between the Technical University in Košice and its counterpart institution in Vienna.

However, more cooperation is needed in education and the learning process so that the countries can mutually take more advantage of each other.

We are certainly encouraging Austrian businessmen to come here, but also to pass through Bratislava and move towards the regions.

One of the possible cures for the ailing Slovak regions could be the promotion of tourism, which in many cases could be a solution to their problems. Well, no solution can be miraculous, but tourism could create jobs relatively quickly.

TSS: Though sharing the heart of Europe for several centuries, the nations speak different languages. Has the language barrier between the nations diminished?

MB: The knowledge of the German language has been always on a high level in Slovakia and is still improving. Austrians have also started paying more attention to the languages their neighbours speak. In the eastern parts of Austria, 280 children recently opted for Slovak language courses at grammar schools.

Austria and Slovakia share a massive cultural heritage, which is an excellent and natural basis for all cultural projects. There is an intense cooperation between the opera houses of Bratislava and Vienna. Slovakia has brought great additions to the opera life of the Viennese through Edita Gruberova, Peter Dvorský, and Lucia Popp. In 2006, there will be a great celebration of Wolfgang Amadeus Mozart's 250th anniversary, with the participation of the active Mozart community in Bratislava. Mozart has become one of the symbols for shared European cultural heritage and integration in this region.